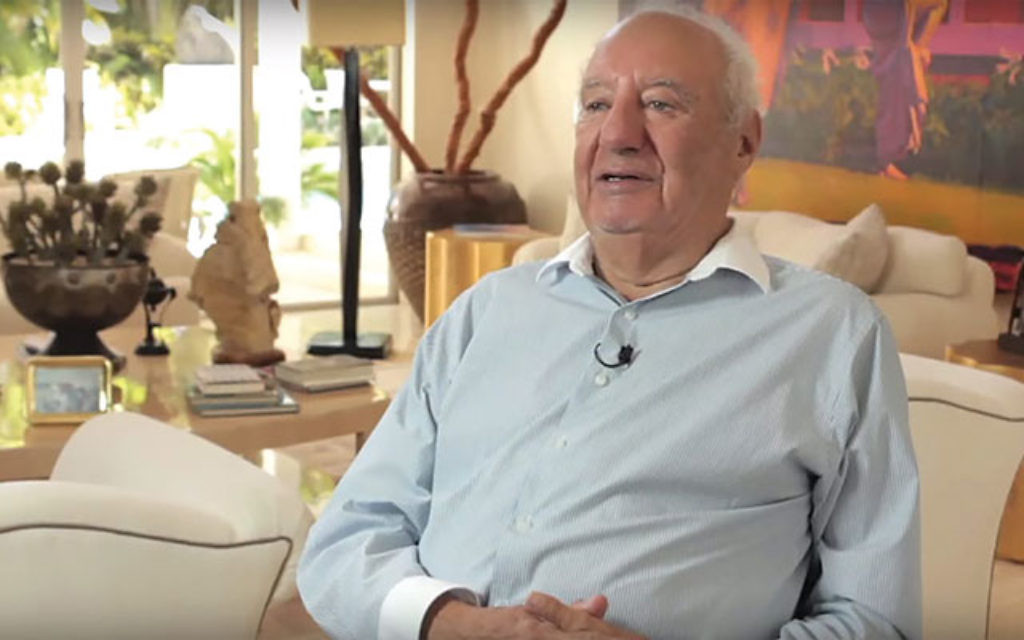 Larry Phillips, co-founder of the American Jewish World Service, died on Friday afternoon at the age of 88.

“He was extremely generous materially, and of spirit,” Mr. Phillips’ son, David, told The Jewish Week. “He was a big personality, he took on big causes, and he had big achievements.”

Mr. Phillips’ co-founded AJWS in 1985 with Lawrence Simon, now a professor of international development at Brandeis University, with the help of a group of rabbis, activists and Jewish communal leaders who wanted to create a Jewish organization dedicated to alleviating poverty and promoting human rights in the developing world.

“Larry was a philanthropist who was way ahead of his time,” AJWS president Ruth Messinger told The Jewish Week. “It’s hard to think back to 1985, a time where people were not thinking about the poorest countries of the world. Larry committed himself to an organization, did a huge amount to chair the board, and reached out to people to bring them into his circle of supporters.”

She said Mr. Phillips’ approach was also unique for the era. “From the beginning, he understood that the best way to do this work was to work with local people on the ground who have their own ideas on how to make change in their communities.”

Since its founding, AJWS has brought $270 million in relief efforts to the developing world, including creating economic opportunities for the “untouchable” Dalit caste in India; providing help for victims of the 1986 volcano disaster in Colombia; and bringing new technology to small-scale farmers in the developing world.

Mr. Phillips started AJWS after joining the board of an international relief organization and feeling isolated as the lone Jewish member, according to AJWS. As the great grandson of the founders of the fashion conglomerate Phillips-Van Heusen, where he served as CEO, Phillips used his wealth to engage in poverty relief and human rights work, including providing the funds that got AJWS off the ground.

“In many ways he was a deep romantic,” said David Phillips, who directs the Program on Peace-Building and Human Rights at Columbia University.

“He loved his passionate causes, he loved many people, he was loved by many including myself and my sister,” he told The Jewish Week.

And he passed on that passion to his children. “We used to sit around the table each morning, we’d read an article in the New York Times and then we’d discuss it,” he said.

“He wasn’t someone who lived in the background. Larry was in the foreground of many movements — progressive politics, the anti-war movement during Vietnam [and] the civil rights movements in the 1960s,” he added.

“AJWS was one manifestation of his interest in humanitarian work,” he said. “His cause was humanity. AJWS was a vehicle for serving humanity.”