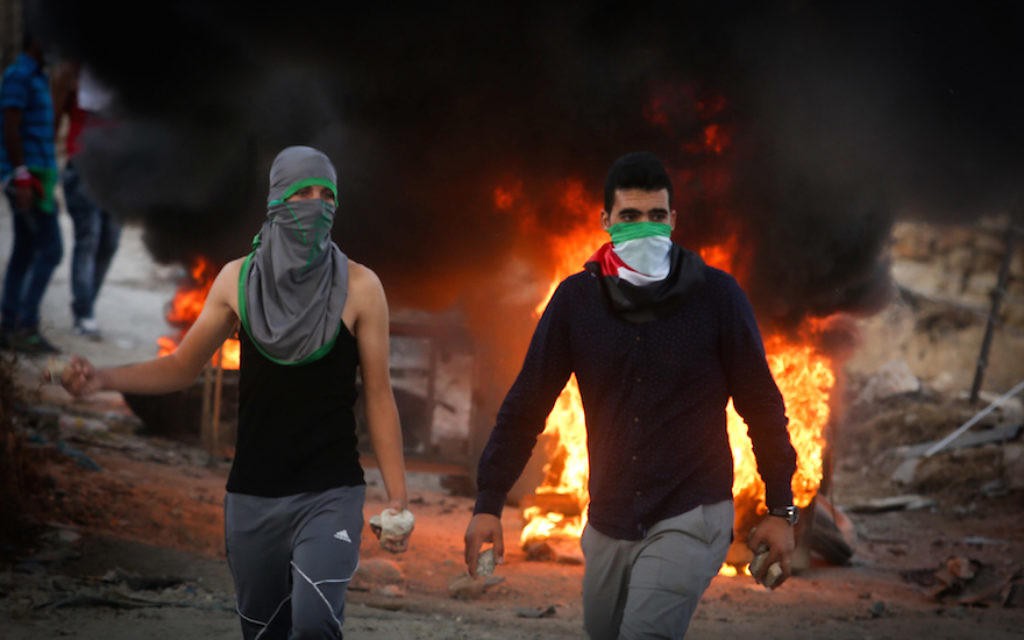 Jerusalem — Nearly one-third of Palestinians believe in “armed struggle and military solutions” to the conflict with Israel, an increase from two years ago.

The percentage of Palestinians who said they believe in the violent means rose to 32 percent from 25 percent in 2013, according to a Gallup survey released Monday. Some 52 percent of respondents said they believe “mostly in nonviolent forms of resistance and negotiation,” down from 62 percent in the earlier poll.

The face-to-face survey of 1,000 residents of the West Bank, eastern Jerusalem and the Gaza Strip aged 15 and over were conducted between May 24 and June 17, before the spate of Palestinian attacks against Jewish-Israelis two months ago and the resulting Israeli attempt to stem the violence. The margin of error is plus or minus 3.7 percent.

Seventy-five percent of those questioned responded “none at all” to the question: “How much trust do you have in U.S. President Barack Obama to help Israel and Palestine negotiate a peace treaty that is equally fair to both sides – a great deal, a fair amount, not much or none at all.” The response is up from 66 percent in 2013.

The question has become academic, as the Obama administration said recently that a resolution between the parties is not possible to reach in the last year-and-a-half of the president’s term and there are no plans to resume negotiations.

No more than 3 percent of Palestinians have ever viewed Obama very favorably or favorably, according to Gallup.