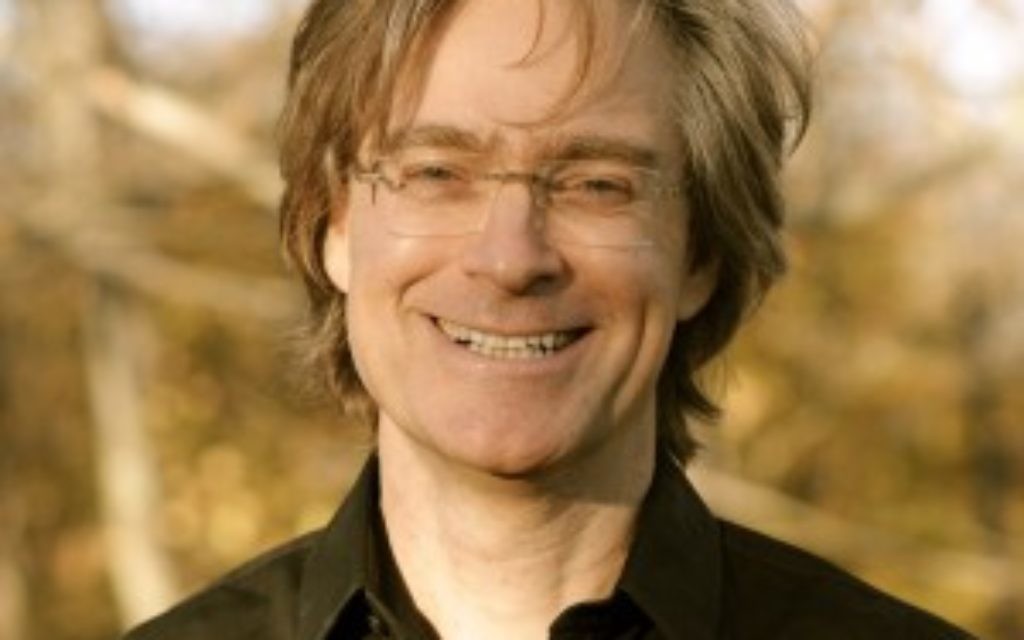 With spiritual guru Marc Gafni the subject of a widening and increasingly public effort to denounce his status in the New Age community, based on accusations that he is a sexual abuser, the prestigious Esalen Institute is “in flux” over whether to allow the former rabbi to offer a planned workshop on relationships next month.

Gordon Wheeler, president of the institute, told The Jewish Week that the leadership of the Big Sur, Calif.-based retreat and educational center is “looking into the situation,” based on complaints being raised about Gafni’s behavior.

Already some 25 New Age leaders — including Deepak Chopra, the best-selling author; Andrew Harvey, founder of the Institute for Sacred Activism; Craig Hamilton, CEO of Evolving Wisdom; author Jean Houston; and Stephen Dinan, CEO of The Shift Network — have signed a public statement disavowing themselves from Gafni.

(Chopra is believed to have disengaged from Gafni several years ago privately.)

The leaders, who sent out their statement to 180,000 subscribers to The Shift Network, said they had “concluded, based upon direct experience, investigation, or conversation with trusted allies, that we cannot endorse Marc Gafni as a teacher in any way.”

In his radio broadcast, Harvey, a highly respected figure in the New Age movement, said that after hearing complaints about Gafni, he sought out and spoke to “very brave” women who said they had suffered abuse from Gafni. Theirs were “some of the most painful and devastating life stories” he had ever heard, he said, detailing “mind control and physical abuse.”

Harvey said he is praying for the women and for Gafni, who he described as “a person of remarkable gifts who has made a series of very dangerous and destructive choices, it seems.”

Also last week a strongly worded petition entitled “Stop Marc Gafni From Abusing Again” was posted on the website change.org by Rabbi David Ingber, spiritual leader of Romemu in New York. The statement was signed initially by more than 100 rabbis, as well as other prominent educators in the Jewish community. It calls on those who continue to support Gafni “to cut all financial and institutional ties with … one who teaches spirituality but acts with absolute disregard for those teachings.”

As of Tuesday, more than 2,600 people had signed on, and the there were hundreds of online comments from men and women who accused Gafni of dishonesty, deception, manipulation and immoral activity.

Chief targets of the effort are Whole Foods, whose co-founder and CEO John Mackey, is a supporter of Gafni and chairs the executive board of Gafni’s Center for Integral Wisdom, and the Esalen Institute, where Gafni is scheduled to co-present a workshop on “Evolutionary Relationships” on Feb. 5-7.

Rabbi Ingber told The Jewish Week that as Gafni “rises in the New Age world he continues to act with impunity. We in the Jewish community didn’t do enough years ago. We could have prevented many of the more recent victims.”

Gafni, 55, has been the subject of numerous reports in The Jewish Week since 2004, when he acknowledged a number of sexual relationships outside of marriage but denied accusations that he had sexually abused two teenage girls when he was a young rabbi. While he recently said he did not represent himself “as someone who didn’t sleep with students,” he has long asserted that his critics exaggerate allegations against him and that he is victim of a vendetta. His Orthodox ordination from Rabbi Shlomo Riskin, founding rabbi of Lincoln Square Synagogue and now chief rabbi of Efrat, a Jewish community in the West Bank, was rescinded years ago when numerous allegations of sexual misconduct were leveled at Gafni. The Jewish Renewal movement reiterated its ban against Gafni last week, saying he is “not a rabbi or spiritual leader recognized by Aleph: Alliance for Spiritual Renewal.”

Long considered persona non grata in virtually all segments of the Jewish community, Gafni became newsworthy most recently when The New York Times published an article Dec. 25 on his increasing stature in the New Age community, which has prompted an exploration into his controversial past history.

“We are listening and learning,” said Esalen’s Wheeler told The Jewish Week. “We are not brushing away” the accusations against Gafni, who is described on the Esalen website as “a visionary scholar, public intellectual and spiritual artist” whose “teaching is marked by a deep transmission of heart, love and leading-edge provocative wisdom.”

Esalen is said to be exploring whether it is legally bound to honor its contractual commitment with Gafni for the upcoming workshop next month. Wheeler noted that such contracts with teachers — it has nearly 1,000 of them a year — emphasize ethical behavior and strictly prohibit teachers from engaging in any sexual contact or flirtation with students while at Esalen.

“Our policy is one strike and you’re out” when it comes to inappropriate behavior during programs at the institute, which seeks to foster transformational behavior to change the world.

Wheeler also said that a number of popular and gifted teachers over the years have not been invited to Esalen because of violation of boundary issues.

“It’s a slippery slope to judge someone’s intimate behavior,” Wheeler said, adding that Esalen has not had a case where it did not honor a contract signed with a teacher. But he said the institute is continuing to hold conversations with Gafni and his critics to determine “the best outcome, and how we go forward after Feb. 7,” the date of the workshop.

“We need counsel and education, and we appreciate” hearing from those whose information can be helpful, Wheeler said. “It’s a very sad situation but it is heartening that people are dealing with these issues.”

Some critics contend that Mackey, in his capacity as an executive board member of Gafni’s nonprofit center, is violating his fiduciary responsibility to the ethical values of Whole Foods.

The rabbis and Jewish communal leaders who signed the Gafni petition wrote that they were “motivated by the obligation embedded in the belief that whoever saves a single life, it is as if they have saved a whole world. Marc Gafni has left a trail of pain, suffering, and trauma amongst the people and congregations who were unfortunate to have trusted him. He has abused his extraordinary intellectual gifts and charisma to harm many who came to him in search of spiritual guidance and teaching. He has used professional alliances to legitimize himself by association, and thereby be able to continue creating more harm. As a result Marc Gafni is neither trusted, respected, nor welcome to teach virtually anywhere in Judaism.

“In community after community, those who have trusted him have had their trust betrayed,” the petition continued. “Some of those who sign here were severely misled and [former] defenders of Gafni’s integrity” later came to see that they too “had been deceived. For decades now, Gafni has behaved in ways that violate every ethical and legal standard known to us; his misdeeds go far beyond what was reported in the New York Times.”

Donna Zerner of Portland, Ore., worked on a book with Gafni about a dozen years ago, when she was single and lived in Colorado. She told The Jewish Week their involvement progressed for a time and she is currently in close contact with eight women “who also felt traumatized by their experience” with Gafni.

In her comment on the petition she said she was writing “on behalf of those of us who have been exploited, manipulated and traumatized by our toxic entanglements with this man. After decades of attacking and discrediting his victims, and hoodwinking reputable leaders and organizations into trusting him as a man of integrity — just as we once fervently trusted and supported him — it is time for the truth to finally emerge so that no one else is hurt.”