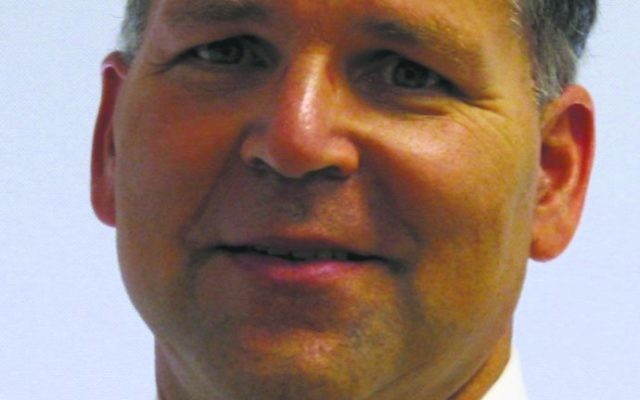 Several weeks ago, more than 3,000 Jewish communal professional and volunteer leaders converged in Baltimore for the 81st annual General Assembly (GA) of The Jewish Federations of North America. Each year, the GA helps re-energize our community around the federations’ timeless mission, to care for people in need at home, in Israel and around the world, and to nurture and sustain our community for the future.

Just as importantly, the GA showcases how federations are taking our commitment to chesed, chinuch and clal Yisrael — charity, education and Jewish unity — and innovating and collaborating with scores of community organizations to drive a huge collective impact in more than 70 countries worldwide. In our continued efforts to evaluate the GA and our work, and to raise the bar, we welcome and learn from the constructive feedback we receive. Our goal is to inspire our community, and create and foster the dialogue we need to grow.

I have the privilege of seeing federations in action every day. I’ve visited more than 115 communities, and learned how federations are evolving in a rapidly shifting world. In Detroit, the federation is helping the next generation create social change through a new micro-grant program called Do it for Detroit. In Los Angeles, the federation’s new Next Gen Engagement Initiative is convening Jewish organizational professionals who manage programming and engagement for Jews in their 20s and 30s. In San Francisco, the federation is empowering Jewish teens to run their own nonprofits and become strategic grant-makers. And in Boston, Combined Jewish Philanthropies launched Israel 360, a forum to educate the community, and foster conversation about Israel.

Federation innovations are addressing a range of communal needs, from offering gift vouchers that make Jewish preschool and daycare more affordable in Chicago, to providing training for the many Jews who remain unemployed and seek to re-enter the job market in New York. Across the country, federations are partnering with P.J. Library to offer Jewish books for young families. Federations are supporting Taglit-Birthright Israel, which has sent 300,000 young people to Israel, and with the Jewish Agency’s MASA are providing in-depth Israel experience programs. Federations are also working with a range of vibrant and creative newer initiatives geared to younger Jews like Moishe House, PresentTense and Hazon.

Even as they continue to change, federations and their partners are still pursuing the critical, life-saving and life-enhancing mission they’ve followed for generations. In our own communities, you only have to see the communal experiences of JCCs, the advocacy of JCRCs and the identity-building work of Hillel on hundreds of college campuses to sense the power of our partnerships.

In Eastern Europe, and throughout the FSU, federations support critical projects of partners like the American Jewish Joint Distribution Committee to help rebuild Jewish life once close to extinction, and ORT, which provides technology-driven education to younger Jews.

At the GA we heard many stories of federation impact. At one plenary, we saw a historic dialogue between Elie Wiesel and Natan Sharansky, who spoke on the 25th anniversary of the march on Washington for Soviet Jewry that federations helped mobilize, and looked at contemporary Russian Jewry as well.

Meanwhile, the GA itself is evolving. The Baltimore GA featured 55 distinct sessions, from non-traditional topics like “How to transform your community through Jewish environmentalism” to Israel-focused issues such as “Israel’s democracy in the headlines: perceptions and realities” to more practical matters, like “Shifting sands: the volunteer-professional leadership relationship in the age of accountability.” In fact many GA sessions provide the kind of tangible content federations seek — tools and models participants can apply locally.

The GA is shifting in other ways, partnering with leading figures to provide thought leadership. For the past few years the GA has featured the Jewish Futures Conference, collaborating with JESNA, the Jewish Education Project, and UJA-Federation of New York. The Jewish Futures Conference gathers visionary thinkers on Jewish education, and features sessions like “Legacy vs. Innovation: A False Dichotomy?”

This year’s GA also ushered in ELI Talks, a collaborative venture with the Avi Chai Foundation, a Jewish version of the popular TED Talks. ELI Talks offered 13 inspiring sessions on topics from student empowerment in the start-up nation to connecting Jewishly while doing Haiti relief work. Other exciting new events at the GA included a mini-conference on tikkun olam, with Israel’s Reut Institute and the Alliance for Global Good, which called on our community to help the world’s 24 million disadvantaged people in a decade. The forum highlighted how such important work, however, can only happen with communal collaboration and leverage.

For over a century, Jewish federations have done just that, leveraging key partnerships to create the greatest collective impact. Every year, the GA showcases that incredible collective power, even as we build on our core values.

Spurred by our commitment to Clal Yisrael, we began convening the GA in Israel every five years. We hope you will join us at the 2013 GA in Jerusalem when we will create an open-tent dialogue to foster and deepen the diaspora-Israel connection and to continue to challenge ourselves to build our global community for the future.

Jerry Silverman is the president and CEO of The Jewish Federations of North America.