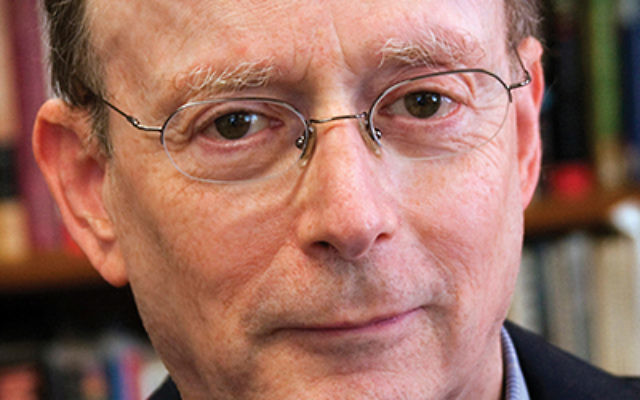 A high-ranking Israeli official, on a recent visit to New York, complained to me about what he sees as the growing gap between Israel and American Jewry. It’s a view I share, and it’s not new. But he spoke with deep frustration about being subjected to a barrage of grievances from American Jewish leaders unhappy with and worried about the actions of the Netanyahu government.

The objections, he said, ranged from the lack of a peace process with the Palestinians to the backpedaling on a compromise for egalitarian prayer at the Western Wall, and from the growth of the settlement population to the increasingly rigid positions of the ultra-Orthodox Chief Rabbinate. And there were complaints as well about Israel’s seeming reluctance to fulfill its commitment to bring out 9,000 Ethiopians desperate to live in the Jewish state.

“I understand the frustration but I don’t appreciate being lectured to over and over again,” the official said. “They don’t seem to appreciate the range and complexities of what we’re dealing with, and the many good things that are happening in Israel.”

Then, citing data from polls showing growing assimilation and distancing from Israel in the U.S., he added: “Rather than beat us up, they should be addressing the fact that they’re losing their young people.”

He makes a good point, but there may well be a correlation between the two problems. At least part of why significant numbers of younger Jews are distancing themselves from Israel is their discomfort with its policies, particularly in regard to the Palestinians. One could point out that younger Jews are less informed about Israel (and Judaism) than their parents, don’t fully appreciate the remarkable accomplishments of modern Zionism after centuries of diaspora and victimhood, and haven’t experienced moments of deep fear that the Jewish state could be wiped out by its Arab neighbors in their wars of aggression.

But many of their parents’ generation, including mainstream Jewish leaders, are also worried for – and by – Israel. They no doubt are as frustrated with Jerusalem as the Israeli official I met with is frustrated with them. They just don’t tend to talk about it publicly.

On learning of the Obama administration’s strong criticism of the latest Netanyahu government decision to increase settlement activity, I thought of that Israeli official. He must be seething. And worried, understandably.

What made the announcement in Jerusalem particularly galling to the White House was that it came just after the signing of a long-term $38 billion U.S. military package for Israel, the biggest ever, and only days after a seemingly friendly meeting between President Obama and Israeli Prime Minister Netanyahu in New York. At the time the president reiterated his serious concerns about Israel expanding settlements as a sign that it was not serious about a two-state solution to the Palestinian problem. So Obama felt duped by his nemesis.

“We did receive public assurances from the Israeli government that contradict this announcement,” said White House spokesman Josh Earnest. “I guess we’re talking about how good friends treat one Another. That’s a source of serious concern as well.”

Source of tension: Egalitarian prayer at the Western Wall is an important symbolic issue to many American Jews, but not to most Israelis. JTA/Miriam Alster

Some would say that this administration, for all of its financial and military support, has been less than a “good friend” to Israel, putting the onus for the Mideast stalemate on its leaders rather than the Palestinians, and placing the settlement issue front and center for years. But many of us feel discomfited by the open wound that is the Obama-Netanyahu relationship. There is a feeling of being trapped between love of and commitment to Israel, and unease with its shift to the right on domestic as well as diplomatic issues— and worry over how it plays in Washington and around the world.

Surely Netanyahu knows that for all of American Jewry’s steadfast support of Israel, there is increasing concern about his government’s seemingly contemptuous attitude toward its chief ally and benefactor.

The question is whether he cares, especially when he doesn’t seem to mind raising the ire of the White House.

A prime example of the thorny bind the Jewish community is in was pointed out by Park Avenue Synagogue’s Rabbi Elliot Cosgrove in his Rosh HaShanah sermon (see page 1 for an excerpt). He noted that a few weeks ago, within a 24-hour period, the Anti-Defamation League, dedicated to championing civil rights and fighting anti-Semitism, issued three separate statements. “The first applauded the U.S.-Israel aid package,” he said. “The second denounced BDS. The third, significantly, chastised the Israeli prime minister for equating Palestinian aspirations for sovereignty with ethnic cleansing.

“This is the ADL, the big boy of American Jewry,” the rabbi observed, “all tangled up in the question of whether its focus should be on the defense of Israel or its critique.”

The answer is both.

Just as we love America and decry its leaders (or would-be leaders) and their specific policies, at times, we can do the same for Israel.

Because we care. But always with a humility based on recognition of our role as observers, keenly aware that it is our brothers and sisters in Israel who are prepared to sacrifice their lives for the world’s only Jewish state. They elected their government democratically and can, and do, express themselves to the fullest.

We have just begun a new Jewish year that will mark transition in Washington and a new relationship between the U.S. and Israel. We are nearing the end of a bizarre and deeply disturbing election campaign indicating that some people are so desperate for change they are willing to bet the house on a rude, crude candidate so lacking in character that he is often described as a sociopath. We have our own cheshbon hanefesh [personal accounting] to conduct as to how he could come this close to the Oval Office.

Even closer to home, we need to answer for ourselves the question the Israeli official posed to me of why so many of our young people are disengaged from Jewish life, and what we can do about it. There will always be tensions between Israeli and American Jews, but they are a sign of caring as well as concern. Better that we talk about those tensions more openly with each other than let them fester and grow. After all, we’re in this together.