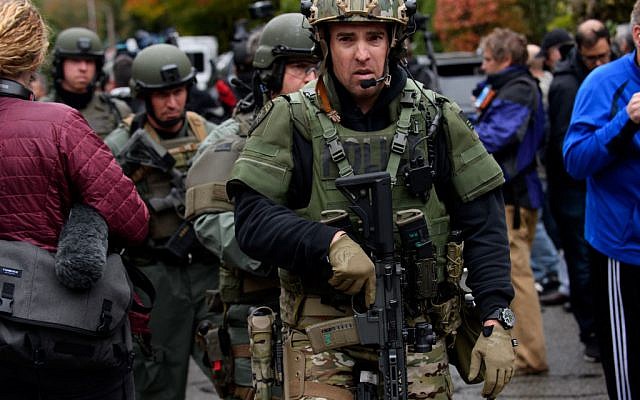 Rapid reaction SWAT members leave the scene of a mass shooting at the Tree of Life Synagogue in the Squirrel Hill neighborhood on October 27, 2018 in Pittsburgh, Pennsylvania. Getty Images

In the current climate of political debates between critics and supporters of President Trump, the former claim that his pattern of rhetoric and tweets has given rise to extremism on the right, while the latter deny this and point to growing intolerance on the left.

A survey released today by the Anti-Defamation League backs up the critics of the president.

The study, “Murder and Extremism in the United States in 2018,” while not directly blaming either side for the current political atmosphere in this country, reports that the great majority of murders committed by identified extremists last year were done by “right-wing extremists.”

“Every single extremist killing — from Pittsburgh to Parkland — had a link to right-wing extremism,” the survey stated. (Pittsburgh is an allusion to the fatal shooting on Oct. 27 of 11 Jewish worshippers in the Tree of Life synagogue by Robert Bowers, a white supremacist who cited HIAS’ work aiding asylum seekers at the southern border as a possible motivation for the killings. Parkland, Fla., was the site of Marjory Stoneman Douglas High School, where Nikolas Cruz, who had expressed hatred of Jews and blacks, killed 17 people on Feb. 14.) 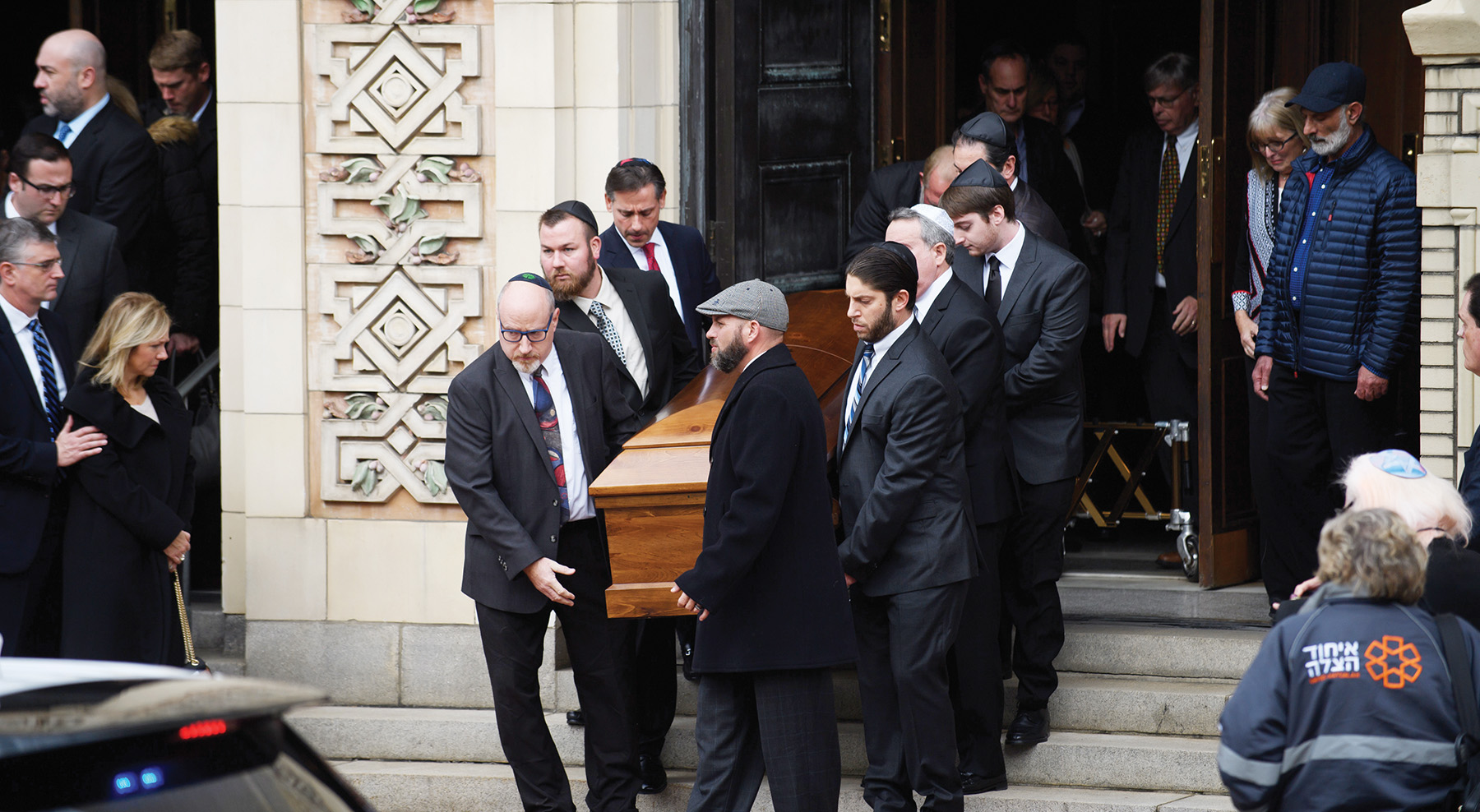 Caskets of the Rosenthal Brothers, Cecil 59, and David, 54, are carried out of Rodef Shalom Temple Tuesday in Pittsburgh. They were killed in the Tree of Life synagogue massacre. Getty Images

“The white supremacist attack in Pittsburgh should as a wake-up call to everyone about the deadly consequences of hateful rhetoric,” said Jonathan Greenblatt, the ADL’s CEO. “It’s time for our nation’s leaders to appropriately recognize the severity of the threat and to devote the necessary resources to address the scourge of right-wing extremism.”

“Domestic Islamic Extremism,” the focus of much proposed legislation and concern by the Trump administration, accounted for only 2 percent of last year’s murders at the hands of extremists, while the figure for white supremacists was 78 percent.

The only extremist killing in 2018 linked with an Islamist was Corey Johnson, a long-time white supremacist who told investigators, after he killed one person and injured two in Palm Beach Gardens, Fla., on March 12, that he had embraced the Muslim faith. “The fact that only one person was killed by a domestic Islamist extremist in the U.S. in 2018 should not be taken as an indication that the threat posed by this form of extremism has diminished,” the report cautioned. “A number of domestic Islamist extremists were arrested in 2018 for a variety of crimes, from terrorist plots to providing material support to terrorism.” 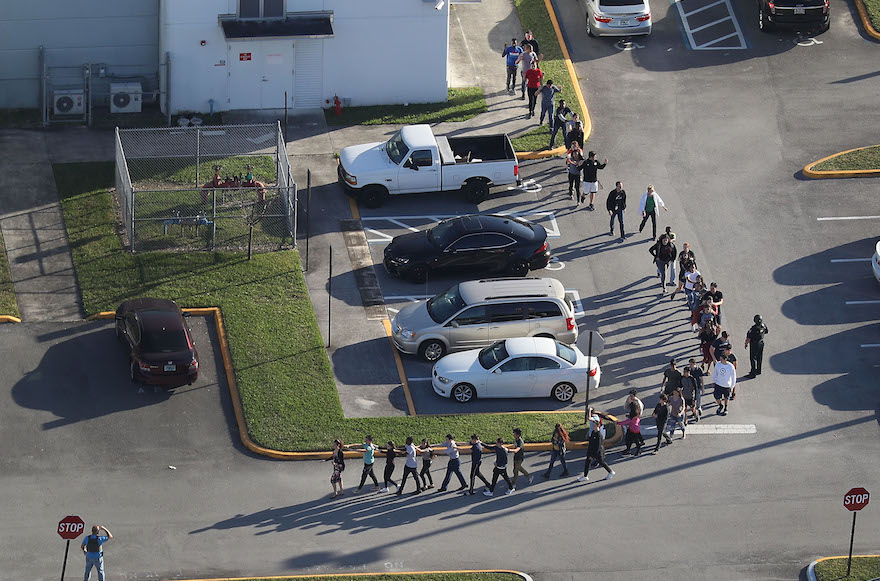 No murders attributed to left-wing extremists — to whom many conservative experts and defenders of the president have pointed as a danger because of liberals’ growing support for so-called intersectionality and decreasing support for Israel — were reported in the ADL survey.

Statistics in the survey indicate that “Left-Wing Extremism” — “anarchists & black nationalists” — accounted for only 3.2 percent of extremist-related killings in this country in 2009-18; the figure for “Right-Wing Extremism” was 73.3 percent, and 23.4 percent for “Islamist Extremism.”

“Left-wing extremists have not been particularly violent over the past 20 years, and most of the violence that has emerged from that quarter has been directed at property rather than people,” the report states.