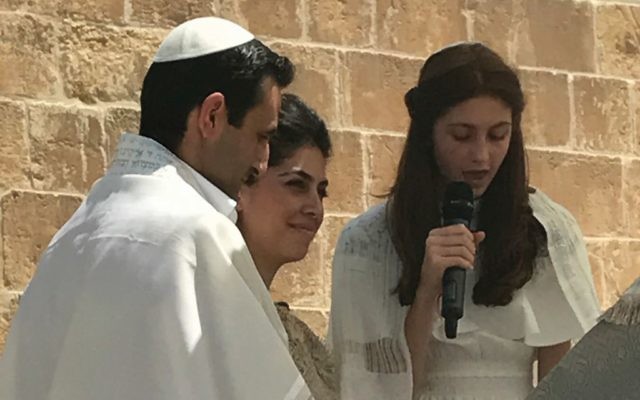 Sienna Nazarian and her family at her bat mitzvah, which took place at the Tower of David. Courtesy of the Nazarian Family

Jerusalem — The setting was an exquisite one for a concert, the artist unexpected: This past week I listened to a bat mitzvah girl play piano in Migdal David. An orchestra backed her amid beautiful lighting and delighted guests. The moment was impressive on its own; but it was part of a larger blessing that deserves to be better known in Israel and among American Jews.

The girl was Sienna Nazarian, and her grandfather Parviz, in attendance despite illness, who had fought in the War of Independence. With his younger brother Younes and Neil Kadisha, Parviz built the tech giant Qualcomm. They have both remained active in Israel affairs. Among many other philanthropic causes, Parviz started CECI (Citizens’ Empowerment Center in Israel), a group that works with Israeli politicians and academics to help improve Israel’s political process.

The deeper story is that this bat mitzvah was one of nearly 30 (that I know of) conducted in Israel by the Persian communities of Los Angeles and Great Neck, L.I., in the past few weeks alone. The Nazarian event was attended by some 250 people, most from the Persian community, but also several non-Jewish friends who were seeing Israel for the first time. The girl’s parents, Ben and Hedy, arranged a week of activities and touring for all their guests that showed Israel at its very best. 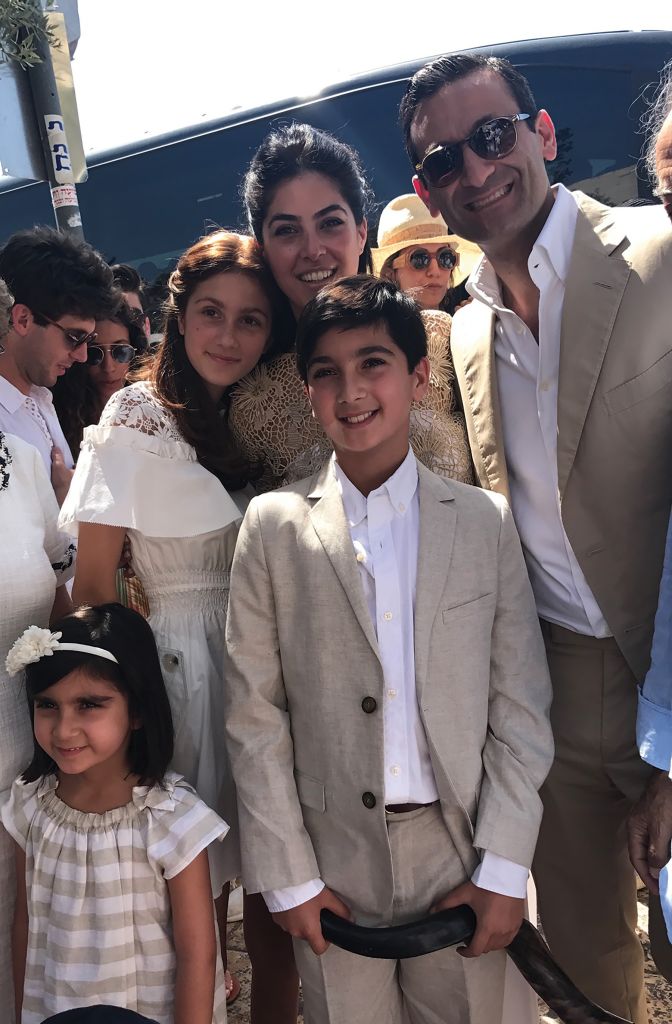 Sienna Nazarian and her family at her bat mitzvah, which took place at the Tower of David. Courtesy of the Nazarian Family

The Persian Jews who came to the U.S. after the fall of the Shah have given American Zionism a powerful shot in the arm. Each year my synagogue, which is half Ashkenazi and half Persian, brings about 300 people from Los Angeles to the AIPAC conference in Washington. The last national president of the American Friends of the IDF was a Persian Jewish member of my synagogue, and another is on the group’s national board. On one Shabbat morning during the second intifada, we raised $3 million to support victims of terror. After I delivered a short appeal for help, people stood up, one after another, and pledged to contribute. Since it was Shabbat, no one pulled out a checkbook or handed over cash. But in the following two weeks everything that was promised, and more, came into the synagogue office. More than 80 percent of the money raised was from the Persian community. It was an astonishing display of fidelity and support.

As I walked through both Tel Aviv and Jerusalem this past week, again and again I saw members of L.A.’s Persian community visiting Israel for bar/bat mitzvahs. One of the many people I ran into was a young woman named Arielle Mokhtarzadeh, a pro-Israel campus activist who was just elected president of the student body at UCLA, which has 35,000 students. To promote Israel on a BDS-prone California campus and still be elected president is a magical act worthy of Hogwarts, but she pulled it off.

When I arrived at Sinai Temple as its rabbi 20 years ago, I knew nothing of Persian Jewry. I grew up around Ashkenazim; my father, who was a rabbi, had roots in Lithuania, my mother in Russian and Poland. I did not know these Jews that go back to Cyrus, a unique 2,500-year-old community. Since then I have learned about their struggles, how much they lost in an overnight flight from their home of thousands of years, and how they have restored themselves. The professional success they have achieved, first in Iran and then in the U.S., is impressive and acknowledged, not only in New York and L.A., but across the country, and in Europe as well.

But their passionate Zionism, which was on display at the Kotel, the Davidson Center and several other sites in Israel these past few weeks, deserves more recognition and applause. In an age when love of Israel seems to be waning among some American Jews, we could learn a great deal from this singular population, which understands the enduring miracle of the Jewish state. Our Persian brothers and sisters fled Iran and built new lives, ever keeping in their hearts love of Jews, and love of Zion.

Rabbi David Wolpe, who writes a column for The Jewish Week is spiritual leader of Sinai Temple in Los Angeles.