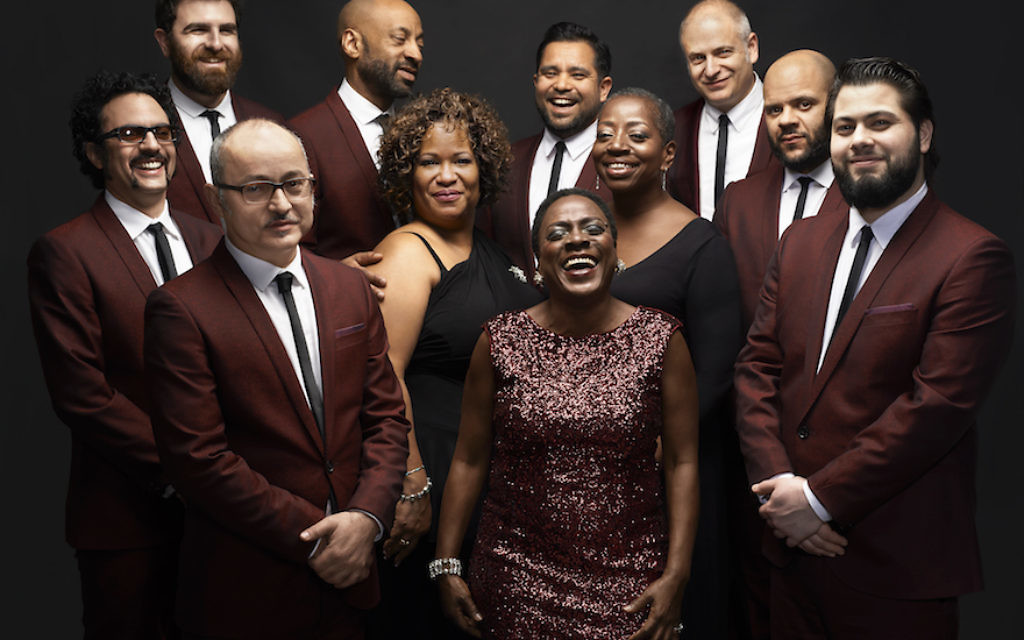 Aside from “Dreidel, Dreidel” and Adam Sandler’s humorous tune, there are very fewHanukkah songs in the pop culture lexicon.

But a group of modern soul enthusiasts seeks to change that — and make the Festival of Lights a little bit funky, too.

Sharon Jones and the Dap-Kings — a retro-sounding band that’s celebrated for its authentic Motown sound — kicks off its new holiday album, “Its A Holiday Soul Party,” with “8 Days of Hanukkah,” a track that’s an upbeat marriage of catchy soul music and Jewish cultural references.

In a testament to the Dap-Kings’ throwback style, the band has also released the track as a 45-revolutions-per-minute record single. The B-side asks, “What does Hanukkah mean to you?” before providing a background track without vocals, allowing listeners to sing in their own lyrics.

Several members of the Dap-Kings are known for providing the signature instrumentation for some Amy Winehouse hit tracks — including “Rehab” — on her blockbuster “Back to Black” album, which ushered in a revival of contemporary soul music. (Would we have Adele today if Amy hadn’t done it first? Discuss.) Major labels now regularly enlist the band to reproduce the sound of that album, which forgoes computer-generated sounds in favor of real instruments, heavy on the horns. Various Dap-Kings have since worked with the likes of Michael Bublé,Mark Ronson and St. Vincent.

When recording and touring on its own, the group is anchored by Jones, a charismatic singer and former Rikers Island guard who was a backup session vocalist in the ’70s.

The Dap-Kings’ Jewish bandleader, songwriter and producer Gabe Roth — AKA Bosco Mann, as he’s named in his production credits — is one of the keys to the band’s sound. Roth, who plays bass and permanently wears sunglasses after a car accident lacerated his eyes, said that it should not be surprising that so many members of the band (including saxophonist Neal Sugarman and drummer Homer Steinweiss) are Jewish. In fact, the history of soul is full of Jewish musicians, Roth said.

“We all have a common philosophy and a common [musical] vocabulary,” said Roth, who helped engineer “Back to Black.” “It has to do with playing real music and playing honestly.”

Roth, who runs Daptone Records — an upstart label that he spent years building from scratch in a Brooklyn warehouse — said that while “8 Days of Hanukkah” was a group effort, the lyrics he penned contain many personal references – from the line about $5 checks from his grandmother Selma to the mention of brisket he used to eat with his family.

Roth, who defines himself as culturally Jewish, said the band felt it was important to include a Hanukkah song on the album because of the holiday’s underrepresentation in the music world.

“For the most part, the good part of religion is always people trying to be nice to each other, and I appreciate that,” Roth said. “People get hung up in the details, and I don’t got time for that.”