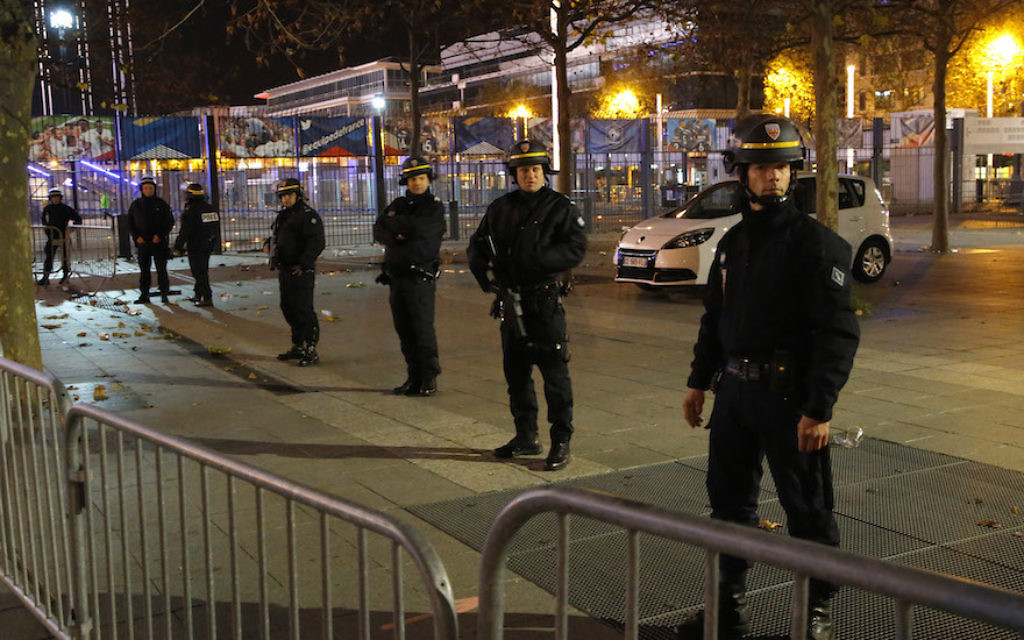 CRIF’s unusually harsh-worded statement Saturday followed news that at least 127 people were killed in a series of terrorist attacks in Paris and its northern suburb of Saint-Denis, which French President Francois Hollande said were an “act of war” committed by the Islamic State.

“The global war against the monstrosity of jihadist fanaticism must become an absolute priority of democratic nations,” CRIF wrote in a series of messages on Twitter. “We must fight it without mercy, without relenting, in order to vanquish it.”

In another statement, CRIF said it shared the “extreme mourning of the nation” and offered “its most saddened condolences” to the families of the casualties.

CRIF President Roger Cukierman told JTA he was not aware of any plan to target Jews specifically in the attacks committed on Friday. But SPCJ, the French Jewish community’s security service, wrote in a statement Saturday that the attacks raised “very serious concerns” among French Jews.

In another unusual move, SPCJ posted on its Facebook page specific instructions to community leaders, including one to “make sure all congregants are aware of any cancellation” of synagogue services, lest they linger at the entrance of closed houses of worship or walk together to open ones, “thereby putting them at even greater risk” than holding services as planned.

The authors of the SPCJ notice also wrote that the attacks suggested detailed research work by the terrorists, which requires “breaking up the routine” at Jewish organizations and synagogues.

The Anti-Defamation League in a statement Saturday expressed “shock and horror” at the attacks, as well as “deep concern” at reports that one of the venues targeted, the Le Bataclan concert venue, had been in the past the subject of threats over its hosting of pro-Israel events and of a reported Al Qaeda plot in 2010 to attack it over France’s perceived role in the blockade over Gaza, or over the supposed Jewish affiliation of its owners.

“We hope the French authorities will investigate the possibility that virulent anti-Semitism was a motive in the attack,” Jonathan A. Greenblatt, the CEO of the ADL, wrote.