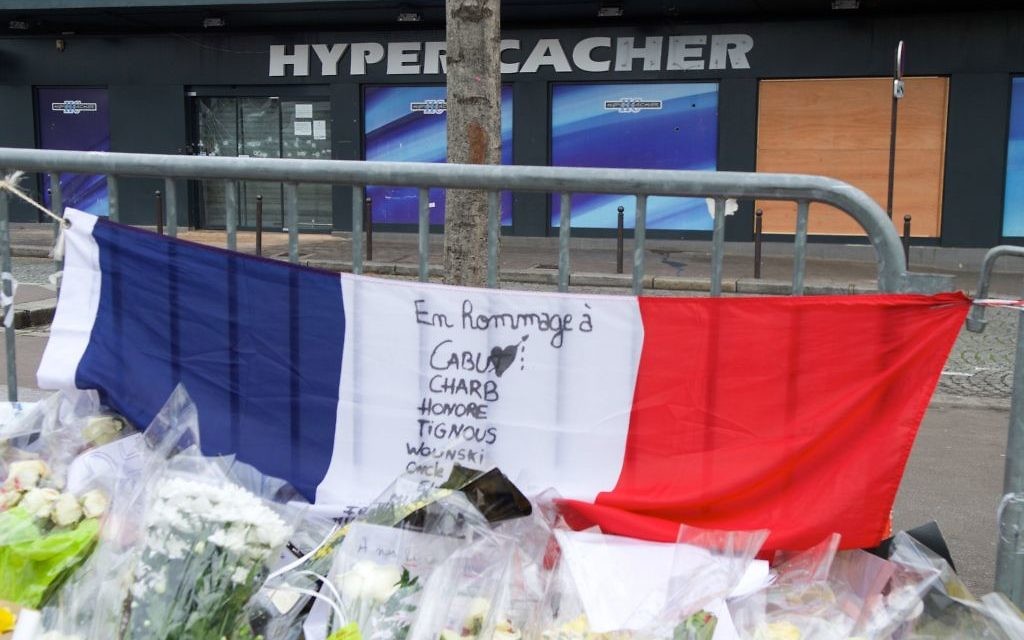 A Jewish teacher in the French city of Marseille was stabbed by a man wearing an Islamic State T-shirt who shouted anti-Semitic profanities at him with two other men.

The victim, a history teacher at a Jewish school, suffered injuries that were not considered life threatening, the French news agency AFP reported, citing an account of the Wednesday night incident by the chief of police of the Bouches-du-Rhone district.

The attackers fled and are the subject of a manhunt, according to the chief, Laurent Nunez.

The teacher, a bearded, observant Jew, was wearing a kippah, Michele Teboul, the president of the local branch of the CRIF umbrella of French Jews, told JTA. A young man approached the teacher on a moped in the 13th arrondissement, or district, and showed him a picture of Mohammed Merah, the Islamist who killed a rabbi and three children at a Jewish school in Toulouse in 2012. The picture was on the motorcyclist’s cellular phone, Teboul said.

The attacker also showed the teacher, who asked not to be named in the media, that he was wearing a T-shirt emblazoned with the symbol of the Islamic State terrorist group. Then the man produced a knife and stabbed the teacher, who sustained superficial injuries, Teboul said. The two other suspects believed to have been involved in the attack stood by, joining in when the attacker began shouting anti-Semitic profanities. They did not stab the victim.

The teacher filed a complaint with police as he was being treated, and was evacuated to the hospital. On her way to visit the teacher in hospital, Teboul confirmed initial reports that his life was not in danger. She added that the victim was conscious.

The Islamic State has claimed responsibility for the multiple terrorist attacks that took place in Paris on Nov. 13. At least 129 people were killed.

On Oct. 24, a French man of Arab descent assaulted three Jews in Marseille as they were walking home from synagogue. He stabbed one and hit two others — a rabbi in his 50s and his 19-year-old son — wounding them lightly. The stabbing victim was seriously hurt but survived.

As anti-Semitic attacks against French Jews have become more common in recent years, Marseille, which has approximately 80,000 Jews, has seen fewer of the incidents than Paris in absolute numbers and proportionately. But Teboul said Islamist extremism, disseminated online and through satellite television, “is sadly changing the Marseille we used to know.”