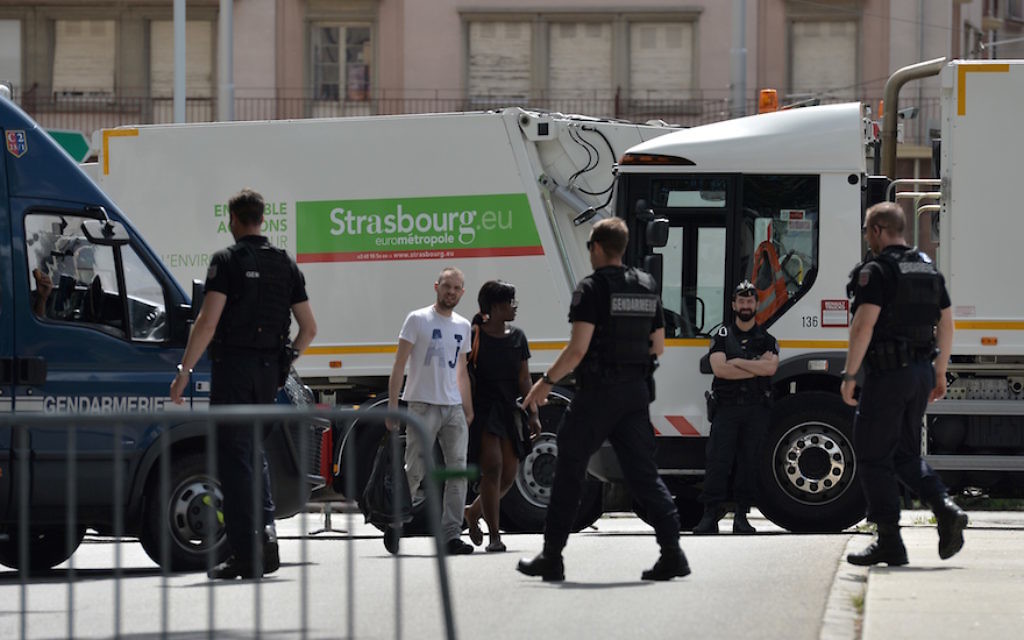 (JTA) — A French Jew in his sixties was stabbed in Strasbourg in a suspected anti-Semitic attack.

The man, who was wearing a kippah when the incident happened, was leaving his home when a suspect who is in police custody allegedly stabbed him in the abdomen Friday morning, Le Figaro reported. According to Le Monde, the victim, who was not named, is in stable and non life-threatening condition.

The incident occurred less the half a mile from the main synagogue of the city in eastern France inside its Jewish quarter, René Gutman, the city’s chief rabbi, told AFP.

The presumed assailant has a history of mental illness, according to Le Monde. Gutman, who did not witness the attack, said the suspect shouted “Allah hu akbar” — Arabic for “Allah is the greatest” — during the incident but the interior ministry did not confirm this, Le Monde reported.

Gutman also said that the same suspect was involved in an earlier assault in 2010 against a Jew in the center of Strasbourg.

But, Gutman said, such attacks are unusual in Strasbourg, where more than 10,000 Jews in relative peace.

In 2015, the French Jewish community’s main watchdog on anti-Semitism, SPCJ, documented 808 anti-Semitic acts — a slight dip from the 851 incidents documented in 2014 but still almost double the 423 incidents recorded in 2013.