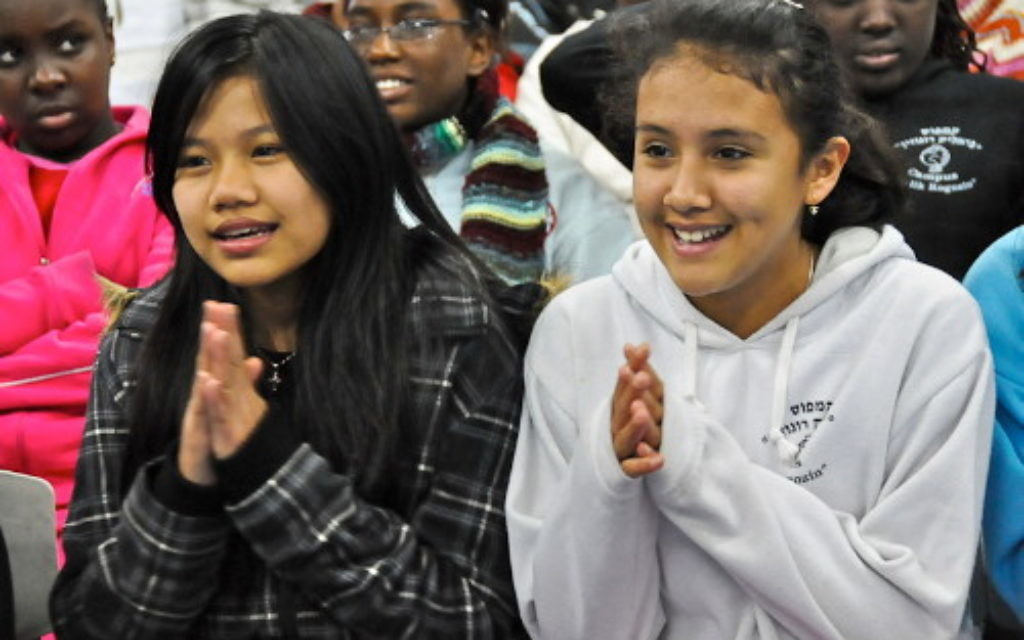 To read the Israeli papers is to see a steady stream of stories bemoaning the country’s public education system, especially those citing Israeli students’ low test scores in science and math.

But American filmmakers Kirk Simon and Karen Goodman found a unique south Tel Aviv school that is doing all the right things with a dizzyingly diverse student body. Their documentary about the Bialik-Rogozin school, "Strangers No More," was just nominated for an Oscar in the documentary short category.

On the day that the Oscar nominations were announced, filmmaker Simon was "looking out the window trying to decide when to check the [Motion Picture Academy’s] website."

Elsewhere in New York City, his co-director Goodman was "hitting the refresh button on my computer every 30 seconds." The wait proved to be worthwhile.

The 39-minute film is an engaging look at a typical year in the Bialik-Rogozin school, a K-12 public school whose catchment area provides a remarkable student body, populated not only with Israeli kids, Russian, Ethiopian and other olim, but also the children of refugees from Darfur, Eritrea, South Africa and elsewhere, and many of the children of the city’s large population of foreign workers. As a result, Bialik-Rogozin includes students from 48 different countries, speaking a smorgasbord of languages.

Under the leadership of principal Karen Tal and her devoted faculty and staff, the school has a well-deserved and growing reputation for integrating its variegated student body, not only with one another but, finally, into Israeli society.

The exposure created by the film, which played the New York Jewish Film Festival last month and will be screened Feb. 11 at the IFC Center as part of the Shorts International Series, has already increased interest in the school’s success. Goodman says, "One of the most exciting responses from film festival screenings is educators from other countries who want to use the school as a model for programs of their own. The nomination has brought even more of that."

Central to the school’s efforts is Tal’s commitment to providing a safe haven for children who may be missing one or both parents, or whose parents are away at work much of the day. The school opens in the early morning and stays open until 8 p.m., providing the children with breakfast and lunch, sometimes the only hot meals they get all day, and a place for activities, homework and study in the evenings.

Though it is not addressed in the film, Bialik-Rogozin could possibly be affected by a political debate in Israel about foreign workers and their children. Some politicians on the Israeli right are calling for the deportation of foreign workers and their children (many of whom were born and raised in Israel and speak little or nothing of their family’s language). If they are successful, Simon says the school could lose 275 of its 800 students.

Goodman says that the political situation "only became an issue two-thirds of the way through filming. We didn’t want to make a political film so we treaded very lightly." A large number of the kids in the film are refugees and their status is not in question.

As for the Oscars, which will be given out Feb. 27, the experience isn’t exactly a new one for Goodman and Simon. Each previously has had four films nominated (three of them as a team). However, they readily agree, "it’s always exciting," as Goodman says.

"What’s getting old," she adds, "is losing. The Oscars are not why we make these films, but at that moment, it feels like it."