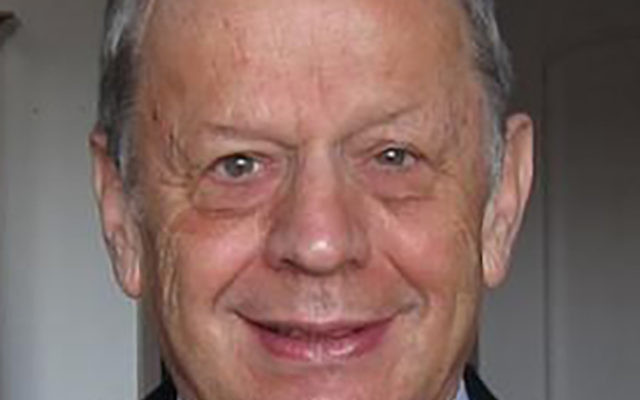 With this week’s commemoration of Kristallnacht, the large-scale Nazi-orchestrated pogrom in Germany, on Nov. 9, 1938, that targeted all remaining Jewish small businesses and Jewish homes, torched hundreds of synagogues, and sent over 20,000 Jews to concentration camps — let us reflect on the underlying causes that led to this horrific event and its implications for today.

One ought to remember that for the first eight years of its rule — before the Nazis moved to a policy of mass extermination of the Jewish people — it favored forced emigration, encouraging all Jews to leave, with no regard for where they might go, as long as they left. However, the Evian Conference of July 1938, called by U.S. President Franklin D. Roosevelt who invited 32 nations to explore the possibility of admitting more Jews into their respective countries, ended in abject failure. This was unfortunate for German Jews, as well as the more than 150,000 Jews of Austria, a country that had recently been annexed to Nazi Germany. It also led the Nazi regime to the conclusion that the Western democracies, while touting liberal ideas and condemning German anti-Semitism, were themselves not interested in admitting more Jews.

The killing of a German diplomat by a Jewish student in Paris gave Hitler the excuse he needed to use violent means to make life for Jews even more miserable than before, and pressure them to leave even more quickly. This led thousands of German Jews, in their desperation to find safe havens, to choose even the very distant city of Shanghai, China, as a place of repose, since no visa requirement was needed to enter a certain quarter of that city. It is interesting to note that most of the Jews incarcerated in concentration camps the night after Kristallnacht were eventually released when their families produced visas or travelling documents for their loved ones to leave Germany. This was the only instance of Jews being released in great numbers from German concentration camps.

Six months later, both Cuba and the U.S. refused to allow 927 Jews on the St. Louis cruise liner entry into their countries further confirming to Hitler that the rest of the world was not interested in having more Jews in their midst, either, and eventually led him to the policy of mass extermination.

No two painful historical events are exactly the same, but each may encompass certain disconcerting similarities. Today, we are witness to tens of thousands of persons fleeing for their lives from countries, mostly Syria and Iraq, where they are being targeted by their own regimes or religious radical groups. Although they are overwhelmingly Arabs, the neighboring Arab countries keep their doors shut, despite the fact that these refugees represent persons sharing their language and their religious and cultural values. This, then, forces the hapless refugees to seek safe refuge in distant locations, countries with different religious and cultural values.

The comparison between the current refugee crisis and the Jews who fled the Nazis is striking. After the Nazis moved to mass extermination, the world was witness to thousands of Jewish persons escaping on rickety boats or across guarded frontiers, trying to reach safety, yet most borders remained closed to them. Today, hundreds of thousands of Arabs are attempting to reach various countries in Europe because they have been denied entry to neighboring Arab countries benefitting of solid and thriving economies. It should be a mark of honor for Saudi Arabia, Kuwait, Qatar and Morocco — to mention a few — to welcome these refugees instead of forcing them on life-threatening journeys where many, in the course of their long surreptitious voyages, will eventually find themselves stranded in open fields and exposed to inclement weather.

The United Nations, created, in part, to solve major humanitarian crises, has not yet raised its voice on this issue. Isn’t it time for the Security Council to hold an emergency session to discuss this tragic human drama, the millions of refugees stranded in temporary tent cities, in Jordan, Turkey and Lebanon; the hundreds of thousands of innocents killed inside Syria; and the hundreds of thousands of others fleeing for their lives.

It is incumbent upon Jews, of whatever political persuasion, and with the memory of the Holocaust still fresh in our minds, to demand the United Nations convene an emergency session to address this tremendous tragic human drama unfolding before our very eyes, and to urge Arab countries to take a stand and open their borders to these hundreds of thousands of refugees, persons having a close affinity to their own religious, cultural and social values.

After all, Jews know better than most the dangers of staying quiet when faced with unspeakable danger.

Mordecai Paldiel, former head of the Righteous Among the Nations Department at Yad Vashem in Jerusalem, teaches the Holocaust at Touro College and Yeshiva University-Stern College.