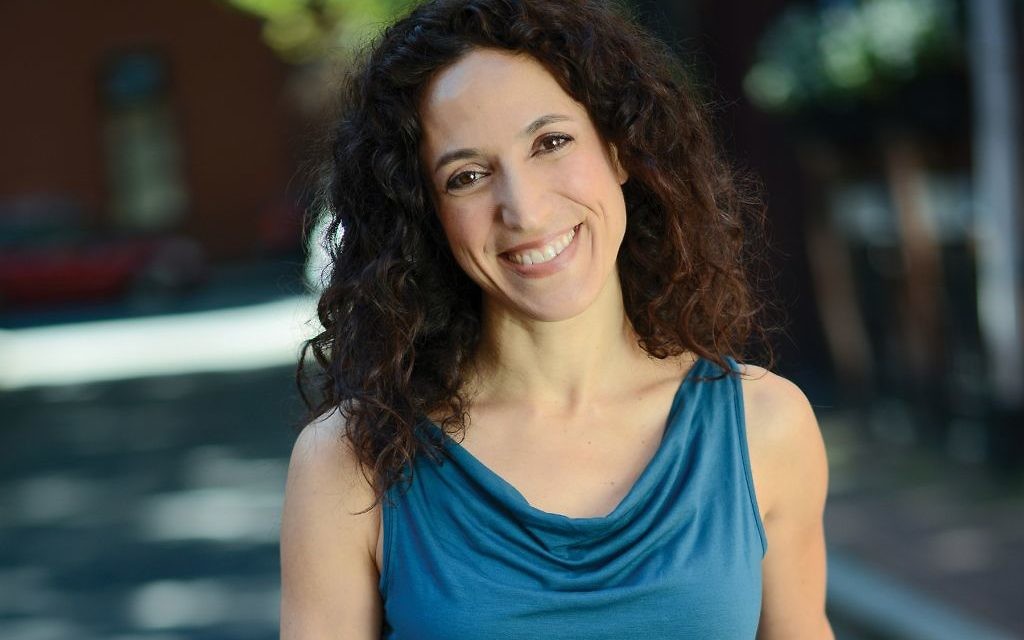 “I wanted to write about the idea of a woman refusing martyrdom,” Kadish says, “and I didn’t want to go back to the first century.” Courtesy of Houghton Mifflin Harcourt

One image that remains after reading Rachel Kadish’s “The Weight of Ink” (Houghton Mifflin Harcourt) is of an elderly rabbi who lost his sight to the brutality of Inquisition officials, dictating letters in 17th-century London with clarity of mind and generosity of spirit. His correspondents don’t know that his unlikely scribe, using quill and ink, is a young woman.

Two stories intertwine throughout the novel; both are set in London with scenes shifting from the 1660s to 2000. While the characters are separated by centuries, there are emotional touchstones between them, as well as echoes of their actions.

The hidden truths that link these worlds begin with an electrician doing renovations on a 17th-century house outside of London. Beneath an old staircase, he uncovers a cache of papers dated 300 years earlier and written in Hebrew and Portuguese. Their discovery sets off an academic chase to ascertain their authorship and the story behind them.

Kadish, the author of two previous novels, “From a Sealed Room” and “Tolstoy Lied,” and the novella “I Was Here,” has written a complex and textured historical novel that is also a novel of ideas. The reader, while following the many twists of plot learns about Spinoza, Jewish texts, issues of faith and truth, the Inquisition, Jewish life in London in the 1600s, the impact of the Great Plague on the city, Masada and especially about women’s roles. The author captures the characters’ deepening understanding of their own inner lives. 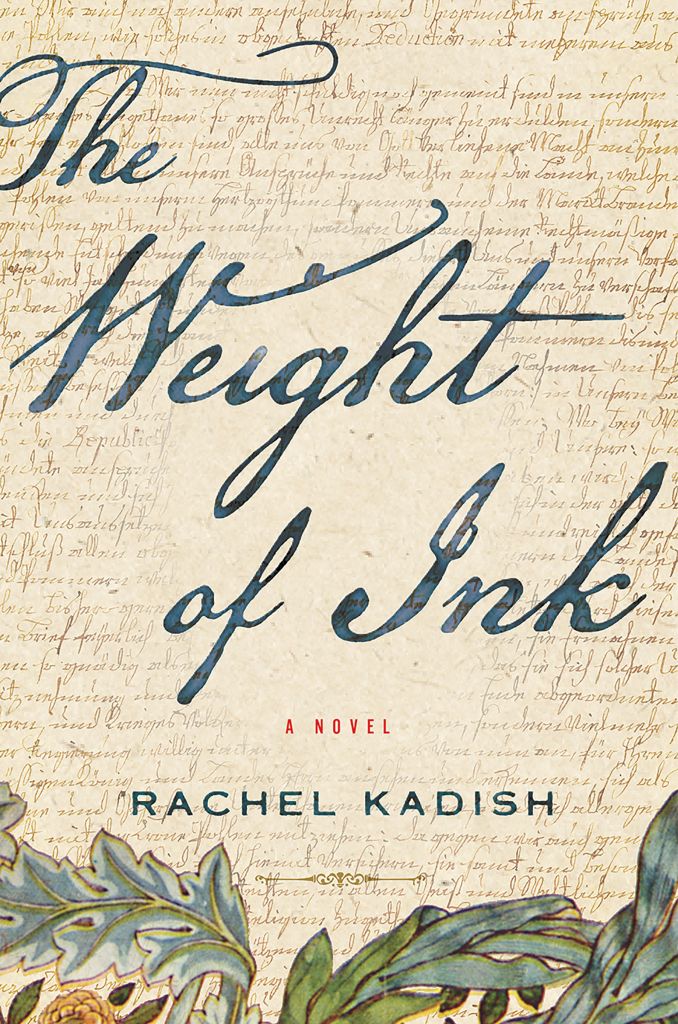 In a telephone interview, Kadish talks about what led her to this subject 12 years ago. She mentions a question posed by Virginia Woolf about what might have happened if Shakespeare had a sister who was as talented as her brother. Woolf’s answer was that she died young without ever having written. Kadish kept pondering what it would have taken for her not to die without having written, and then took things a step further and wondered about if she were also Jewish and poor.

Kadish was particularly drawn to the question of balancing a life of the mind with motherhood and traditional women’s roles — what a woman might risk to find freedom to develop her mind and her voice — a question of historical and contemporary resonance.

Kadish also recalls her school days at Solomon Schechter in Westchester, when she learned about Masada and the two women who ultimately chose slavery rather than martyrdom — and were then able to tell the story of what had happened there.

“I wanted to write about the idea of a woman refusing martyrdom, and I didn’t want to go back to the first century,” she says.

She had the good fortune of a Koret Fellowship at Stanford for a semester, where she sat in on various history courses, and was drawn to the period when Spanish refugees from the Inquisition made their way to Amsterdam, and then, for many, London.

Issues about refugees and borders have long been an interest for Kadish, as she is the granddaughter of Jews who fled Hitler-controlled Cracow, Poland — her mother’s parents were imprisoned in Russia and escaped via Japan. When their ship to America was turned away by U.S. authorities, they jumped ship in Mexico, where her mother was born. She grew up hearing their stories.

“I wanted to write about the idea of a woman refusing martyrdom, and I didn’t want to go back to the first century.”

To write this 576-page novel, she did extensive research to get the details right, although she’s humble about the fact that she’s not a historian. She read widely, wore special gloves to examine antique manuscripts and visited London, but the city before the Great Fire of 1666 — that she recreates — no longer exists.

Forward to the 21st century, Helen Watt is a gentile historian specializing in Jewish history, who is called by a former student to look at the crumbling papers, and she enlists the help of an American graduate student, Aaron Levy, the son of a Reform rabbi. The scribe, first known to them only by her initial Aleph, is Ester Velasquez, who moved from Amsterdam to London after her parents were killed in an accidental fire. A woman living in “words and books and cool reason” leaves clues, literally, between her written lines.

In her part of the story, Ester laments that women were given by God both a body and intelligence, but only one could prevail. “Men, perhaps, might nourish both heart and mind; but for a woman there would be no such luxury. … How readily the rules of female behavior — gentleness, acquiescence, ever-mindfulness — turned to shackles.” She’d like to see a new kind of virtue that makes the throwing off of rules and telling uncomfortable truths praiseworthy.

For Ester, “The greatest act of love — indeed, the only religion she could comprehend — was to speak the truth about the world. Love must be, then, an act of truth-telling, a baring of mind and spirit just as ardent as the baring of the body. Truth and passion were one, and each impossible without the other.”

Kadish explains that in the story of Masada, mentioned several times in the novel — Helen Watts has a photograph of the site in her office — “kindness is often defined as martyrdom, self-sacrifice. Ester is keenly aware of the toll this definition of kindness takes on women.”

When she completed the book, Kadish realized, “I’d come to believe in what Ester says about women’s lives, in her own 17th-century way: ‘Yet how can a kindness that blights the life of even one — though it benefit others — be called good? … Then must we abandon our accustomed notion of a woman’s kindness, and forge a new one?’”

In the rabbis’ letters, hand-written by Ester, that endure, the scholars find supply lists for the household, philosophical arguments and hints of her uncommon spirit.

“The experience showed me that there would be moments when what was ‘good for the Jews’ might be in tension with my sense of what was good for a particular piece of art.”

For Kadish, an exchange of letters while she was in graduate school affirmed her course of study.

She explains that while taking a writing workshop ay NYU, she had an uncomfortable and isolating experience of facing students and instructors who echoed and reinforced stereotypes about Jews. She debated leaving the graduate program. After hearing Elie Wiesel give a lecture at the 92Y, she sent a heartfelt letter to the Nobel laureate about her situation and he wrote back. His was a short note, but it had powerful effect. He thanked her for confiding in him and then advised, “Do not listen to others when you write. Listen only to yourself. No voice should cover your own.” She stayed in graduate school.

When asked if that experience set her on the path of telling Jewish stories, she says that she was already there. She quotes another Jewish Nobel laureate: “Isaac Bashevis Singer said that every writer has an address. I think it’s just a fact that my home address is Jewish culture and history.” She says that as an undergraduate, her thesis adviser — yet another Nobel laureate —Toni Morrison helped her to “recognize that this was the subject matter I needed to write about.”

“The experience in the graduate workshop did show me that there would be moments when what was ‘good for the Jews’ might be in tension with my sense of what was good for a particular piece of art … and that I’d sometimes have to negotiate between those priorities. Elie Wiesel’s response was so fortifying—it emboldened me to embrace that challenge.”