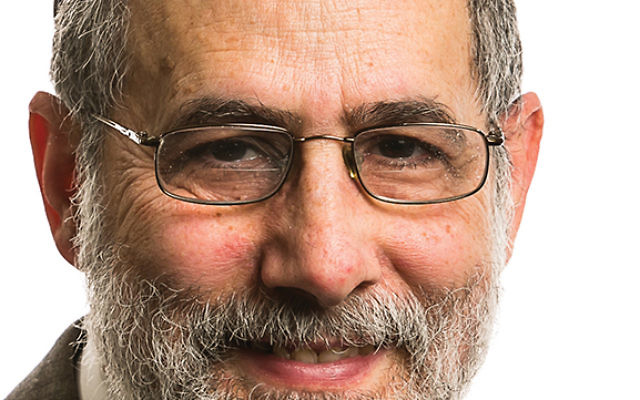 The Obama administration’s policy toward Iran — the attempt to engage Tehran in the vain hope that the regime will somehow transform itself into a useful and productive member of the community of nations — represents a lost opportunity. Given the unrest in the Middle East, the administration had the chance to reshape the geopolitical contours of the region in a way that would have advanced American interests and assured regional stability for decades to come. That prospect has been squandered.

The Iran nuclear deal is only the latest and most visible component of the administration’s misguided policy, one that goes beyond the profound flaws of the nuclear deal itself — flaws that will inevitably lead down the path to a nuclear-armed Iran and a dramatic shift from a nuclear-free Iran to an ongoing containment mode.

Many countries in the volatile Middle East have been concerned with Iran’s expansionist goals and its sponsorship of terrorism and use of proxies in neighboring states to advance its aggressive agenda. Iran has been and continues to be the primary cause of instability in the Middle East. Because its machinations have antagonized so many of the states in the region, a rare opportunity presented itself. President Obama could have capitalized on the regional antipathy to Iran and used it to galvanize the traditional allies of the United States into forming a bulwark against Iranian expansionism. The U.S. could have seized the day and orchestrated a strategic regional realignment; in such a realignment, Israel, Egypt, Jordan, Saudi Arabia and the Emirates would have joined together because of their strategic concerns with Iran and presented a united front to stymie Iran. This move could have had other beneficial results as well. With Israel and its Arab neighbors sitting on the same side of the table to address their common strategic concerns, a greater openness to solving the Israeli-Palestinian stalemate could well have ensued.

Seeing the rare confluence of interests among its traditional allies in the region, the administration did not jump at the possibility of working with them to defang Iran. This historic opening was lost not by indecision, and not by the U.S. being preoccupied and distracted with crises in other parts of the globe. It was lost due to the current administration’s deliberate decision to ignore its traditional allies and adopt a misguided policy of courting Iran.

The administration has given the back of its hand to our traditional allies in the region. President Hosni Mubarak of Egypt, a loyal U.S. ally for decades, was given short shrift by the administration during the convulsions of the Arab Spring. After Gen. Sisi eventually became president of Egypt, the U.S. treated him in similar fashion, delaying military aid and constantly making noises about reassessing the relationship with Egypt.

The administration completely mishandled the situation in Libya. True, Muammar Kaddafy was a despicable leader and a despot, but he had given up Libya’s nuclear program and was an effective ally of ours against terror. Further, his son, Saif al-Islam Kaddafy, was demonstrably pro-Western. Instead of cultivating a potential ally, the U.S. stood by while Libya became a failed state and a base for al-Qaeda terrorism.

Had the administration played its cards properly and forged a realignment of its allies, the result would have been a counterweight to the Iranian regime that also would have resonated with the Iranian people. Of all the societies in the Middle East (with the exception of Israel), the Iranian people are the most pro-democratic. The Iranian Green Revolution, the massive protest movement that arose in the aftermath of the fraudulent 2009 election, was the expression of a people longing for true democracy, eager to root out the entrenched hard-liners. Instead of tapping into this vein of protest and lending it support, moral and otherwise, the U.S. was conspicuous for its diplomatic paralysis. Thousands were executed while the United States was silent.

The Obama administration had the prospect of creating a realignment of forces in the Middle East that would have fostered a closer relationship between the U.S. and its traditional allies and put Iran on the defensive. Instead, we have antagonized our allies and earned their mistrust while laying the groundwork for Iran to become the most significant regional power in the Middle East. Opportunities like the one the current administration has squandered present themselves rarely. We will be suffering for a long time to come the consequences of this failure to seize a unique opportunity.

Rabbi Menachem Genack is CEO of OU Kosher and author of “Letters to President Clinton: Biblical Lessons on Faith and Leadership” (Sterling Ethos).