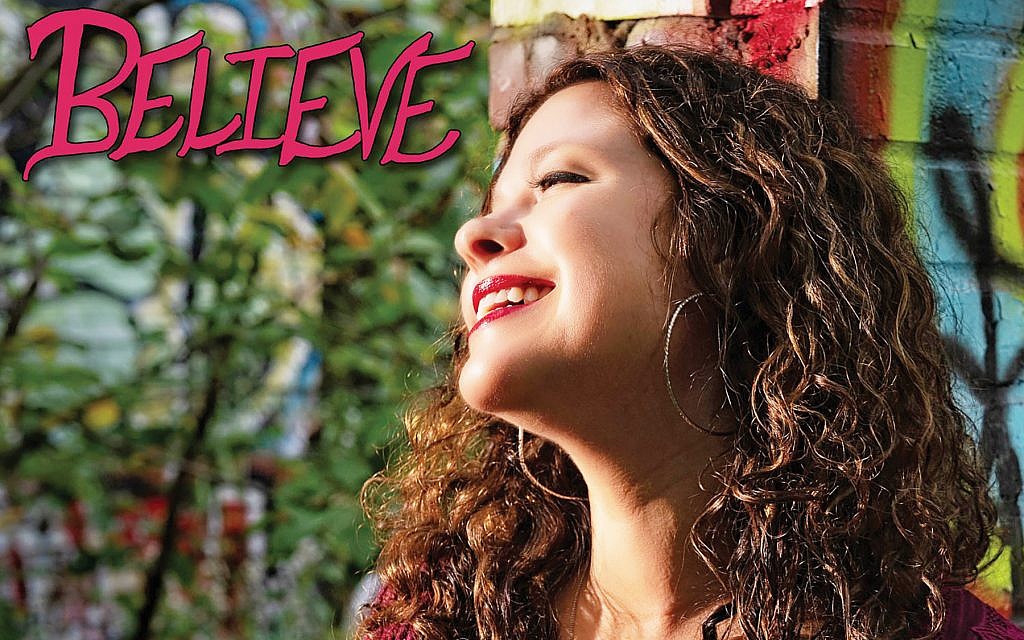 “This is my moment to say who I am,” Neshama Carlebach says, “to make a different artistic statement.” Neshamacarlebach.com

Neshama Carlebach is now looking more to the future than the past. In her new album, “Believe,” she encourages us to love more, to see more clearly, to break the silence, to work for peace.

“I’m not just talking about praying and being spiritual. These songs are a call to action,” the singer-songwriter tells The Jewish Week in an interview in Manhattan.

For the daughter of the late Rabbi Shlomo Carlebach, the internationally renowned spiritual leader, singer and composer who died in 1994, this last year has been a whirlwind of pain, mixed in with new understanding, great happiness and a bold and impressive new direction in her musical career. Here, at 44, she steps out of his large shadow.

Since the late 1990s, allegations have been surfacing about her late father’s unwanted sexual advances toward women, and in late 2017, when the #MeToo movement emerged, talk about her father’s actions grew louder. Some synagogues and organizations banned his music, which had become an elemental part of Jewish liturgical music, across the denominations. For Neshama, this meant not only dealing with the allegations and accusers, but also coming to terms with her own experience of being sexually assaulted by a rabbinic friend of the family. And, she saw her performing career come to a standstill, as her scheduled concerts were cancelled too as part of the ban.

In January 2018, she wrote a blog post for Times of Israel titled “My sisters, I hear you,” acknowledging, “I accept the fullness of who my father Shlomo Carlebach was, flaws and all. I am in this conversation. I am also broken.”

Over these past months, she has sought out people who wanted to talk with her about her father. She says, “I opened the drapes, turned on all the lights, walked out of a safe place, set out to learn any truth.” 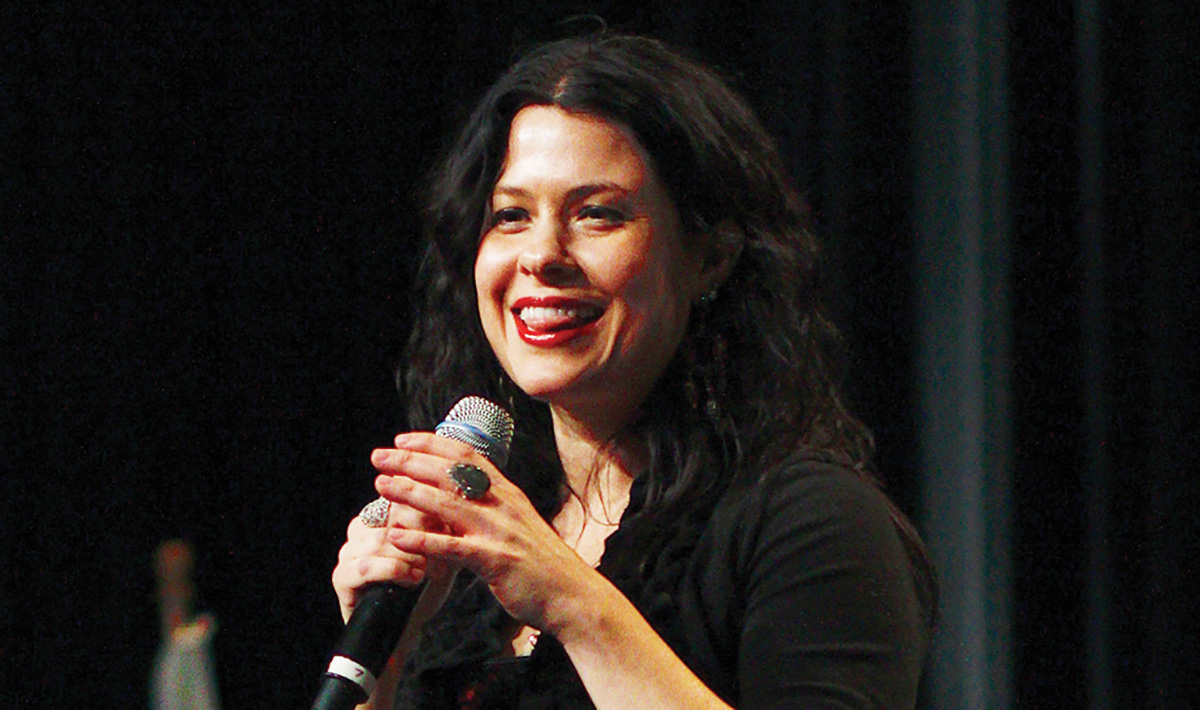 Carlebach calls her songs “a call to action. I’m not just talking about praying and being spiritual.” Neshamacarlebach.com

Looking back, she says, “For me, the process of trying to hold it all saved me. Being angry with him and loving him fiercely, wanting to let him go and wanting to hold onto him more tightly.

“I’m no longer able to sing my father’s songs, as his daughter, not the way I did,” she continues. “I knew I had something to give, that had nothing to do with where I came from. This is my moment to say who I am, to make a different artistic statement.”

The original songs on “Believe” are full of heart, her voice rich, strong and soulful. She’s unabashedly religious and some of the songs are drawn from prayers. When she sings “Always with Me” and its lines “Walk with me/ See me through/ I will go higher/ Because of you,” I wonder whether she is speaking to her father, her husband or God.

“Everyone,” she answers, adding, “my children, myself, my mother, the world. Always God. God is everything.

“It’s a song about walking through the world, feeling the ever-flowing, ever-loving presence. It’s my father who is that presence.

Featuring 12 songs, Carlebach created the music of “Believe” in collaboration with producer Beth Styles and business partner Jackie Tepper. These are songs whose words and melodies linger. In the title song, she sings of finding light, not giving up on dreams, seeing heaven in each other’s eyes — themes that reverberate throughout, set to music that’s a mix of folk, soul, blues and pop, Hebrew and English, with a modern edge. She’s sometimes accompanied by a gospel choir, and in two songs, listeners can hear strains of her father’s melodies.

“If you don’t listen for it, you will miss it,” she says, explaining that the song he would sing about gathering the angels, “B’shem Hashem” — whose melody is layered into the guitar solo in “Believe” — is the song she has been going to sleep to all her life, and is the song she sings to her children. 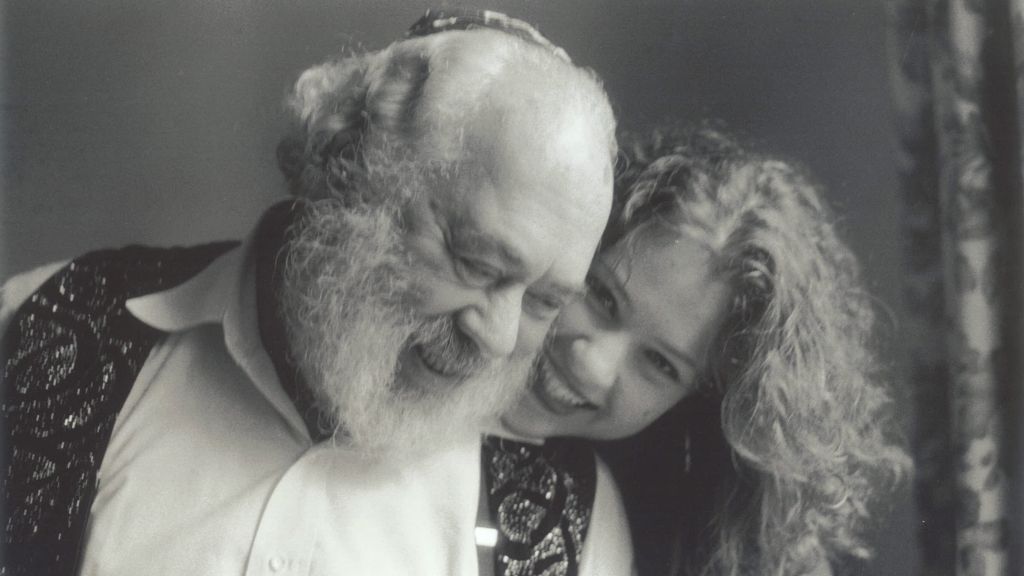 Rabbi Shlomo Carlebach with his daughter Neshama Carlebach. Via TimesofIsrael.com

“We learn that no matter where we are, we are not alone,” she says.

Additionally, a niggun, or wordless prayer, that her father often sang, can be heard in “Hear Our Prayer,” a song of healing.

Carlebach first met the gospel singers who accompany her 13 years ago when she was asked to sing at an event for Martin Luther King Day. Singing with Pastor Milton David Vann, of Jefferson Temple Church of God in Christ in Cutchogue, L.I., and the others “makes me feel so Jewish, so alive, so grounded. They know how to elevate the energy. Their singing is from heaven.

“Singing with them has elevated my spirit in a way that nothing else has,” she says.

She is also accompanied by her own band; the core members have been together for more than a decade.

Carlebach loves being on stage. Asked to describe the moment, she says, “There are no words. It’s breath, it’s bliss, it’s oneness. It’s like the moment when you’re carrying anger and then you make peace and put the burden down. Or like when you find out that someone you love is OK. A moment of true humanity. It manifests as a soul moment, and happens every time I sing. I’m addicted to it. 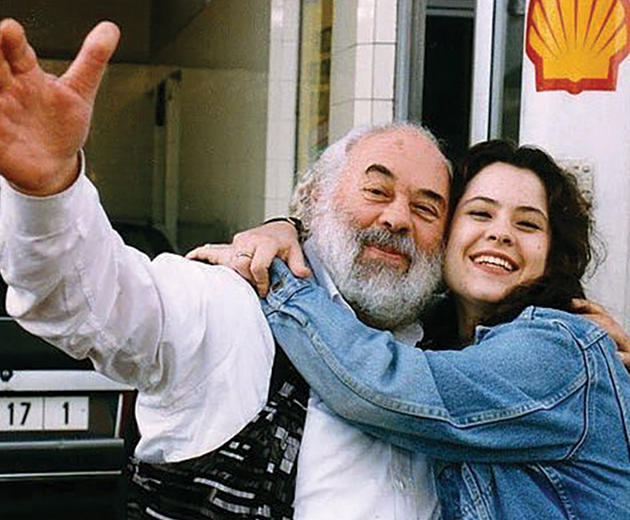 “My father would say it’s ‘beyond the beyond.’”

These days she is full of joy — she is happily married to Rabbi Menachem Creditor, who moved to New York from Berkeley, Calif., when they married last summer, and he now serves as scholar-in-residence at UJA-Federation of New York. Between them, they have five children. She’s working on a memoir — “about my life, about my father, about #MeToo, about my journey as a woman, about being heard.” In addition, she would like to get semicha, rabbinical ordination.

She manages to keep boundaries between her private and public lives.

“My father did not own a boundary. I learned from the best,” she says.

Carlebach had been singing with her father since she was 15 and when he died when she was 20. In the last year of his life, she toured with him, performing around the world, and after his death, she continued to tour. Until now she had only dabbled in her own songwriting; her audiences wanted her father’s songs.

“I’m proud of how I breathed my own inspiration and my own life into that body of music. This moment is a departure.

“While he is the ever-loving, effervescent muse, this career is mine.

“I have held him and loved him for 25 years. It was real, I would not do it differently. Now I have a chance to become stronger,” she says, looking forward to being on the road again, sharing this new music. “I pray that my songs are useful for people trying to find their path.”

“I believe that so much of our redemption comes from some kind of reconciliation with our greatest pain. This has been a year of learning for me.”

She adds, “My own redemption came from opening my own eyes and seeing all the truth — all of it.”