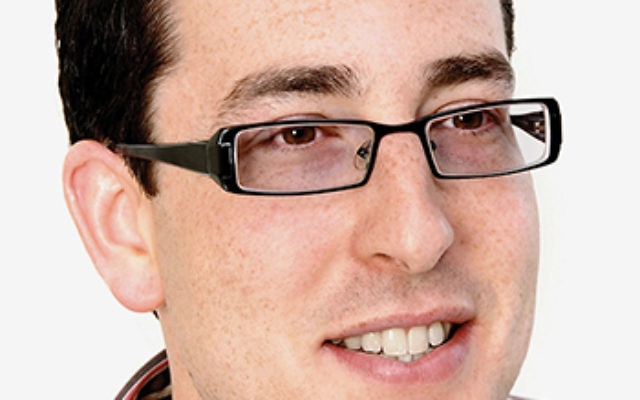 Osama bin Laden’s son has said that the Syrian civil war is paving the way for “liberating Palestine.” The voice recording by Hamza bin Laden, just posted online, is disturbing but, sadly, not surprising.

Not far from the Israeli communities of the Golan Heights, a civil war rages in which Israel is irrelevant, but ever-looming in the consciousness of the various players.

The Syrian President Bashar Assad froths with hatred towards Israel, and toes the line of the even more vitriolic Iranian regime, which props him up. His bulldogs in the battlefield are Hezbollah, which dreams of destroying Israel or at least using its capabilities to kill and maim large numbers of its citizens.

The opposition includes the young bin Laden’s friends, including the Al-Nusra front, al Qaeda’s offshoot in Syria. Not only is this organization buoyant, but it is also determined not to be outdone by another radical group that is batting the Assad regime, namely ISIL.

The cruel serial beheaders and antiquities destroyers of ISIL have seized large parts of Syria and Iraq, where some 10 million people live under its rule. The Al-Nusra front, is seems, is seriously interested in following suit and establishing an emirate in Syria.

A report just published in Foreign Policy suggested that it “is laying the groundwork for al Qaeda’s first sovereign state.” It noted differences between ISIL, which quickly imposed control over civil populations and Al-Nusra, which has been playing the long game, building influence in places that they want to rule. Its main interest is northern Syria, while the areas close to the border with Israel also have appeal, and at points has even taken control of the control of the only crossing between Syria and Israel.

Both these groups, al Qaeda and ISIL, are excluded from a new cease-fire that was agreed for Aleppo and its surroundings. It was reached on Tuesday, as the U.S. was increasing efforts to negotiate cease-fires for other parts of Syria — other ceasefires from which these two groups will also exclude themselves.

It’s a sign of the times that an al Qaeda border or a jihadist-run entity across the border isn’t Israel’s worst-case scenario. People here remember 9/11 and what al Qaeda is capable of. And they know that when al Qaeda is next door in Syria, it will up its Israel-hating rhetoric. “The road to liberating Palestine is today much shorter compared to before the blessed Syrian revolution,” said the young bin Laden in his message, which was mainly a call for jihadists in Syria to unite.

But regardless of memories of 9/11, there is a feeling in Israel’s security establishment that the threat of the ISIL-affiliated militants is more grave. The Yarmouk Martyr’s Brigade very much values territory close to the Israel border. If al Qaeda is upping its anti-Israel rhetoric, expect ISIL affiliates to do so too.

In reality, while it’s natural to talk about which group poses the more serious threat for Israel, it’s not particularly relevant as the whole point of the assessments of Al-Nusra ambitions is that this group is becoming more entrenched, as is ISIL. Both are grabbing territory, putting down roots, and planning to stay. And as things currently stand, the Assad regime is also standing firm, thanks to support from Tehran, meaning that Iran is essentially across Israel’s Syria border as well.

On Moshav Nov, an Israeli village in the Golan Heights last Friday, it was hard to believe that all of this is fermenting so close by. Members of the agricultural community were relaxedly preparing for Sabbath — where just 22 miles away, as the crow flies, in Daraa, ISIL forces were reportedly blockading roads as Al Nusra forces battled against them. Many Nov residents run holiday cottages and business was good, with families from towns and cities who wanted quiet heading there for some R&R. If you are an Israeli urbanite this is where you go for quiet — 55 miles from Damascus, but a world away in every other respect.

Swathes of ISIL control and talk of an al Qaeda entity give a glimpse of things to come — a fragmented Syria where different groups and others become entrenched in their mini pseudo-states, with or without the Assad regime in parts of the country. All or most will have an ideological and a political motivation to open a front with Israel, and if they have enough breathing space in their internal conflicts to consider doing so, it’s quite conceivable that they will.

In the old Syria there was one leader who could choose to open a front with Israel at any point; in the new Syria there will be several. Call it danger in numbers.