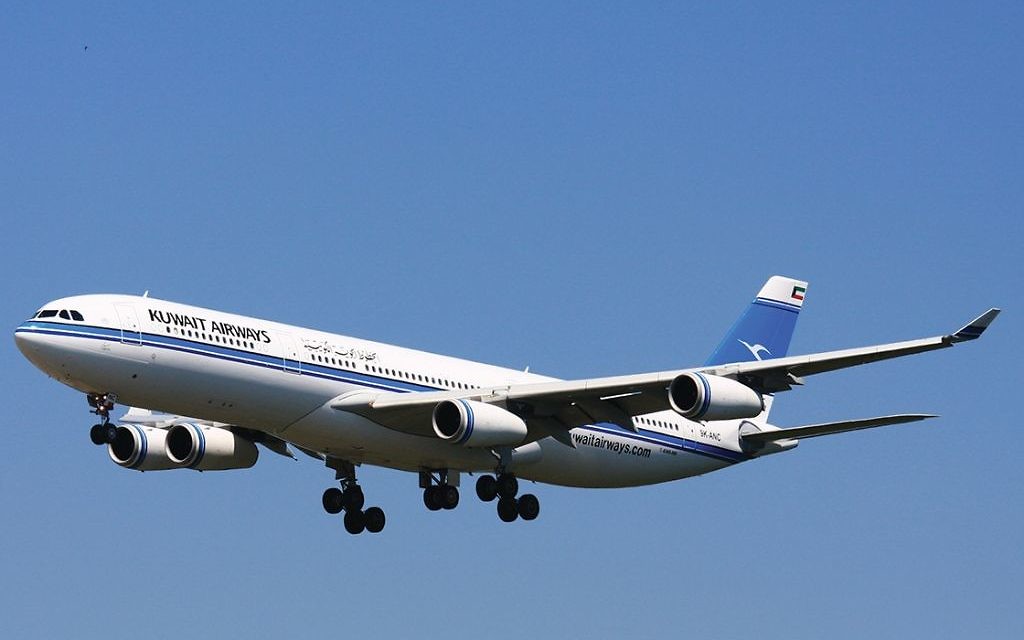 At the same time Israel is returning to the Arabian Peninsula with the planned opening of a diplomatic mission in the United Arab Emirates, other Arab nations are displaying their hostility by denying Israelis seats on their national airlines.

Not only is Kuwait’s airline challenging an Obama administration ruling that its refusal to sell tickets to Israelis is illegal, but Qatar Airlines is sending mixed signals about its policy and Saudi Arabian Airlines here flatly refuses to serve Israelis.

Nevertheless, the decision of the UAE to permit Israel to open a formal Israeli mission in its capital of Abu Dhabi is seen as a breakthrough. It would be the first Israeli mission on the Arabian Peninsula since 2009.

Although it is to be accredited to the United Nations’ International Renewable Energy Agency (IRENA), to which Israel is a member, and not to the UAE itself, the move is a “step forward,” according to Zalman Shoval, a former Israeli ambassador to the United States.

“Obviously when there is an official relationship between one state and an organization that resides in another state it could not happen without agreement of the hosting state,” he told The Jewish Week. “There have been relations on a business level with many of the Gulf States for quite a long time. I think one should see this in a positive vein.”

Discussions about an official Israeli presence in Abu Dhabi have been conducted in great secrecy for several years, according to media reports. In fact, Israel voted in January 2009 to locate IRENA’s world headquarters in Abu Dhabi — rather than Germany — reportedly with the understanding that it would one day be able to open a diplomatic mission there.

The UAE’s decision is just another example of the changes happening in the Middle East because of the growing influence of Iran, Shoval pointed out. He said the UAE has a “very similar position — I would almost say an identical position — to that of Israel and the moderate Arab states with regard to the threat of Iran [and] Hezbollah.”

At a time when the U.S., European nations and Saudi Arabia have given Iran a seat at the negotiating table to resolve the Syrian crisis, other Middle Eastern countries including Israel view Iran with suspicion.

Yossi Alpher, a former IDF intelligence office and author of the recently published book, “Periphery: Israel’s Search for Middle East Allies,” explained that Israel and other Middle East countries see themselves as “confronting a dual Islamist threat from both Iran and Daesh.”

Daesh is the pejorative Arab acronym for the Islamic State or ISIS.

“The rest of the world is cooperating with Iran against ISIS and we identify Iran as at least as serious a threat — we, the UAE — even Kuwait.”

But although Israel and Kuwait may see eye-to-eye on Iran, Kuwait remains hostile to Israel since attacking the Jewish state with 3,000 troops on Yom Kippur in 1973 along with 10 other Arab countries. In fact, its national airline, Kuwaiti Airlines, in explaining why it won’t sell tickets to Israelis said in court papers filed recently in Washington, “Kuwait and Israel are in a state of war, lack diplomatic relations and the State of Kuwait does not and cannot recognize Israeli passports as legal documents.”

That position is now being challenged by an Israeli, Eldad Gatt of Jerusalem. He was denied the right to buy a ticket on Kuwaiti Airways’ direct flight from John F. Kennedy Airport in New York to London. The U.S. Department of Transportation ruled in September that the airline illegally discriminated against Gatt. The airline is appealing that ruling in federal court.

“Kuwaiti Airways is saying not only that Kuwait is in a state of war with Israel but that it considers Israeli citizens to be enemy aliens and therefore a security risk to other passengers aboard the New York to London flight,” said Jeffrey Lovitky of Washington, D.C., Gatt’s pro bono lawyer.

“That means that if an old woman [with an Israeli passport] wanted to fly, she couldn’t,” he said. “That’s absurd because airport screening is by the government and not the airlines.”

Lovitky told The Jewish Week that except for Kuwaiti Airways and Saudi Arabian Airlines, “I know of no other airline that flies to the United States that does not accept Israeli passengers.”

He noted that last summer he inquired about the policy of the UAE’s Emirates Airlines and was assured by its attorney here, Charles F. Donley II, that “passengers of any citizenship” may travel with valid travel documents “between the U.S. and any destination on the Emirates route network.”

And Lovitky said Donley told him also in an email that Israeli passport holders with the proper travel documents “do not require visas or special authorization to transit through Dubai Airport.”

Another Gulf State airline that Lovitky said he is investigating is Qatar Airways. He said that in May he filed a formal complaint against the airline with the Department of Transportation after its attorney failed to certify his written assurances to the department that Israelis may buy tickets on the airline. In fact, the airline’s lawyer said the airline accepted 2,300 Israeli citizens during a recent three-month period.

“I asked that they submit evidence [to that effect] and they didn’t,” he noted.

At the same time, Lovitky pointed out, the website of Qatar’s Ministry of Justice said the country enforces a boycott against Israeli citizens. And, he said, Qatari law requires all Qatari companies to boycott Israeli citizens.

“Qatar has refused to explain the apparent contradiction,” Lovitky said.

Regarding Saudi Arabian Airlines, Lovitky said it does not permit Israeli passengers to board any of its flights, all of which land in Saudi Arabia.

“If Saudi Arabia wishes to exclude Israeli passengers, it should be prohibited from flying passengers beyond Saudi Arabia to third countries,” he said, adding that he plans to file a formal complaint about the airline with the Department of Transportation.

Alpher noted that after Israel and the Palestinians signed the Oslo Accords in 1983, five Arab countries opened “limited diplomatic relations with Israel.” The countries — Qatar, Oman, Morocco, Tunisia and Mauritania — all later severed those ties because of a lack of progress over the Palestinian issue.

“But now with the UAE there is a breakthrough,” Alpher said, “despite a lack of progress.”