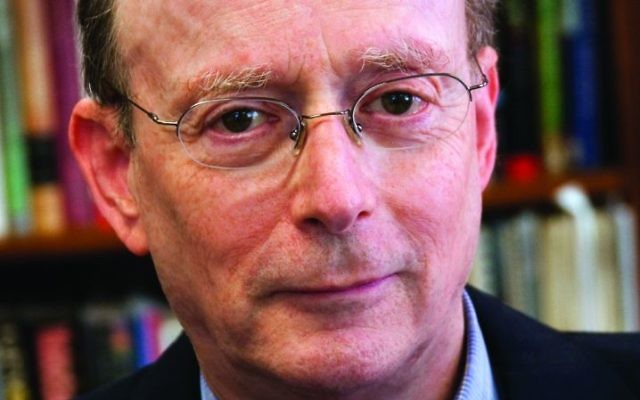 “Netanyahu isn’t Left or Right. He has no ideology. He is the ultimate Mr. Zigzag. He may be the world champion of zigzaggers.” — Avigdor Lieberman at a Yisrael Beiteinu faction meeting.

Perhaps Avigdor Lieberman was one of the few people not surprised this past week when Benjamin Netanyahu zigged when he was expected to zag, offering him the key post of defense minister rather than bring Labor Party leader Isaac Herzog, the prime minister’s rival on the left, into the coalition as foreign minister.

Why would Netanyahu court Lieberman, his former ally and longtime rival on the right who is viewed with suspicion, if not outright distrust, in Washington and by many Israelis because of his strong nationalist views? Further, why would the prime minister unceremoniously dump his much-respected and ideologically aligned defense minister, Moshe “Bogie” Yaalon, to make room for Lieberman?

The dizzying move makes little sense on the surface. Until you recognize that the prime minister’s primary goal was not to move toward a peace deal with the Palestinians or improve his status with the U.S., but rather to solidify his political position at home. Then it all becomes clear.

Consider: Netanyahu has been looking to bolster his narrow coalition — 61 seats in a 120-seat Knesset — in advance of what is expected to be a new and powerful diplomatic assault on Israel from France, the United Nations and Washington over the next few months. Increasing pressure will be placed on Israel to accommodate the Palestinians, starting with a French initiative to renew peace talks between Jerusalem and Ramallah. The kicker: French leaders have said that if the talks fail, they will recognize a Palestinian state.

Israel is refusing to participate, asserting that the Palestinian Authority leaders have no motivation to make any concessions in those talks if their goal is recognition as a state. All Palestinian Authority President Mahmoud Abbas has to do is sit back and do nothing — a diplomatic position he excels at — and victory will be his.

But such is the logic of the West when the push for a resolution to the Palestinian situation is so strong that world leaders ignore the reality on the ground — that the parties themselves are too far apart and too distrustful of each other for a meaningful deal to be made now.

Still, a UN resolution calling for a Palestinian state is expected in the fall, and President Obama, as his term winds down, is expected to either support it or issue his own views that would be critical of Israel’s position.

It was widely believed that Netanyahu was seeking to broaden his coalition now to stave off criticism of dragging his feet on the Palestinian front by having Herzog, who is admired by the U.S. and the West as a peace-seeker, serve as foreign minister.

But while the prime minister was in talks with Herzog, he was also consulting with Lieberman, the head of the right-of-Likud party, Yisrael Beiteinu, whose strength comes from the Russian immigrant community in Israel.

Netanyahu and Lieberman have a long and complicated history together. Lieberman, a native of Moldavia whose political style is often characterized as thuggish, was director general of the prime minister’s office when Netanyahu first led the country two decades ago. Once close, the two men became bitter and outspoken rivals before joining their parties in the 2013 elections. Lieberman served as foreign minister and was more pragmatic than many expected, given his many blunt, hawkish statements about the Palestinians and Arab states. He traveled the world but kept a low profile in Washington, where he is viewed with suspicion for his politics and for having been charged with fraud and corruption. The charges forced him out of office for a time but he returned after being acquitted.

By bringing Lieberman into the coalition, Netanyahu disposed of two potential rivals for his job in one shot. He humiliated Herzog, leaving him in the cold by favoring Lieberman. And he pushed out Yaalon, who served ably as defense minister and was respected by the U.S. and the PA, but crossed paths with the prime minister over the role of the IDF. Specifically, Yaalon spoke out for the integrity of the military after an IDF soldier shot and killed a wounded terrorist in Hebron last month; Netanyahu — and Lieberman — spoke defensively of the soldier’s actions.

Critics of Lieberman say he is a loose canon, pointing to his mercurial political moves, joining and quitting posts in the past, and, while in the government, criticizing Netanyahu for not sending troops into Gaza during the 2014 war. In addition, he has made accusations that Israeli Arabs are untrustworthy and called for the death penalty for terrorists. Giving him control of the IDF is a dangerous mistake, the critics say. A headline for a Haaretz column on the appointment the other day read, “Time To Head For The Shelters.”

Lieberman as defense minister will only deepen the perception of the government moving further rightward at a time when the world is pressing for a Palestinian state. It seems to be just the wrong signal to the Obama administration and American Jewry at this time, not to mention the deep concerns at home.

Defenders say Lieberman is a savvy pragmatist whose bark is worse than his bite. They say that he performed well as foreign minister and will be constrained by the nature of his new post, reluctant to take risks with Israeli security.

That pragmatism, though, can be seen as a lack of principle at times. Long a critic of the Chief Rabbinate’s fundamentalist positions on issues of personal identity, like marriage, conversion and equal prayer at the Kotel, the secularist Lieberman has apparently put those convictions on hold as a condition for securing his new post. It’s another indication that the government in Jerusalem appears to be solidifying and deepening its right-leaning hold, and that its soon-to-be two top officials have buried their dislike and distrust of each other, at least for the moment, for the sake of fulfilling their personal goals.

Not long ago Netanyahu said that Lieberman was not even qualified to be a military analyst. Now he is offering him the most important and sensitive portfolio in the government. Perhaps they deserve each other.

But what message does putting internal politics over national security and international diplomacy send us? One that suggests the prime minister’s short-term victory could jeopardize his country’s long-term future.