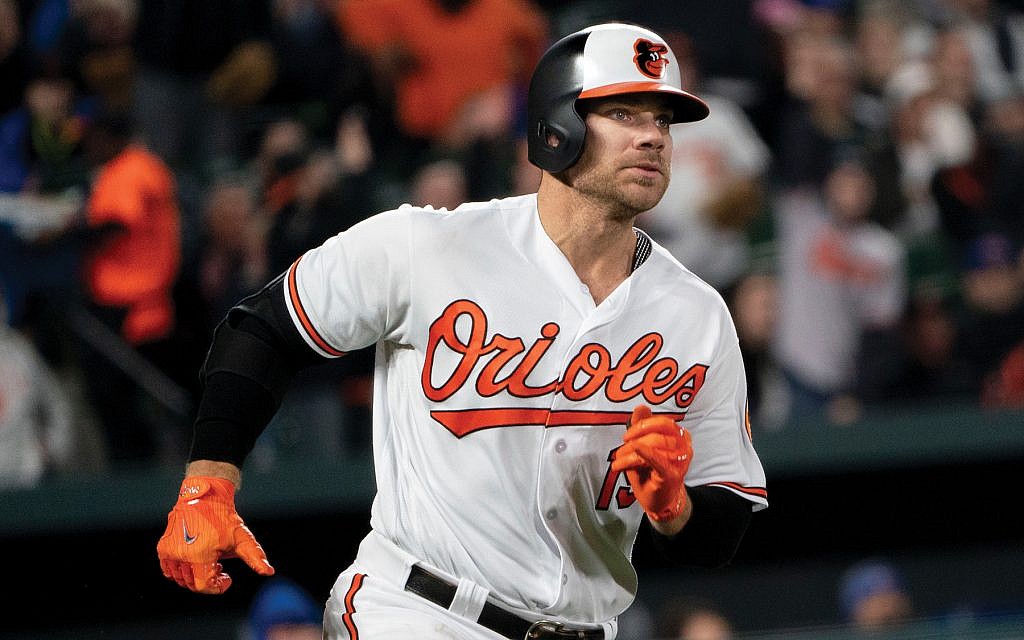 Toughing it out: Chris Davis, the slugger in the depths of a long slump, has become a symbol of the Baltimore Orioles’ record-setting ineptitude. Flickr

For the past two seasons the Baltimore Orioles have played in a league of their own.

Unfortunately, it’s not the Major Leagues.

Once the pride of Baltimore — along with the long-departed but still-mourned Baltimore Colts of the NFL — the Orioles now have become the symbol of failure to baseball fans around the country. It’s embarrassing, especially for those who remember the quality Oriole teams of the past, known for great pitching (Jim Palmer, Dave McNally), defense (Brooks Robinson, Paul Blair), power hitting (Frank Robinson, Boog Powell) and all-around class (Cal Ripken).

Now don’t get me wrong, I still love the Orioles and watch or listen to most of their games. And there’s even a silver lining in rooting for a team with a guaranteed lock on last place. I’ll explain that rationale later, after I vent. And there is much to vent about.

The fact is, the Orioles’ record of incompetence last year was one for the ages. In 2018, the O’s were voted by sportswriters to be the worst team in all sports. They finished last season with nearly as bad a won-lost record as the 1962 Mets, who lost 120 games, and they didn’t win more than nine games in a single month during the whole season. (At least they were consistent.)

The living symbol of this level of frustration has been Chris Davis, the once feared slugger whose nickname is “Crush” (rhymes, alas, with “Mush”). He set an all-time record, destined for the Hall of Shame, when he finished last season with a .168 batting average, the worst single-season batting average of all time among qualified batters. (I hasten to note that I use “qualified” here only in its narrow, technical sense; that is to say, he had the requisite number of at-bats for statistics of this nature.)

The 2018 Orioles weren’t in a rebuilding mode, where the management decides to let the team, already failing, bottom out and then start over. No, last year’s team went into the season thinking it was going to play competitively in the American League East, one of the toughest divisions in the Majors, featuring the Red Sox, Rays and the Yankees. The O’s went on to finish with a 47-115 record, a .290 success rate and a whopping 61 games out of first place.

So in the off-season the Orioles hired a new manager and coaches and shuffled the roster around, hoping for signs of improvement. In the process, the emphasis on rebuilding from scratch saw them trade Manny Machado, their best player and one of the best in the game. They also parted with (i.e. unloaded) four other All-Stars: pitchers Zach Britton, Brad Brach and Darren O’Day and infielder Jonathan Schoop. That hurt.

This spring I confided to my friends that I was having trouble not only identifying the names of the new, young players but learning what countries they’re from. I joked that the team’s longest winning streak will probably be four … innings. Who knew that unlike the champions that excel in October, the O’s best month would be March, when they won two-out-of-three from the Yankees?

As of this writing, the Orioles have a solid lock on last place in the Majors, not likely to be challenged, and their record is actually worse than it was at this time last year. Along the way they have perfected diabolical methods of losing, from coming back in the late innings to tie the game in the ninth only to lose in extra innings, to being blown out of the game before the second inning. The porous pitching staff is setting records for giving up home runs; they’ve already given up 10 or more runs in a game 13 times. And it’s still June.

As for Chris Davis, after finally ending his record-setting 0-for-forever hitless streak (actually, 0-54, from Sept. 14, 2018 to April 12, 2019), he is on track to match his humiliating 2018 batting average, and maybe set a new record in that department while making $17 million.

So, you may be wondering by now, where’s the silver lining?

For me, it’s in recognizing the beauty of the game and its moments of grace. Unlike Yankee fans, who consider anything less than a World Series trophy a lost season, I’m taking the long view. Very long.

So I’m watching raw rookies learn to adjust to big league pitching, I’m appreciating an occasional gem of a fielding play and taking pleasure in seeing the enthusiasm of these happy-go-nowhere kids, just happy to be in the big leagues.

Who knows? Maybe the secret formula for Israel’s “Start-Up-Nation” success — not being afraid of failure, and learning from it — may apply to the American League East cellar dwellers in Baltimore. I’m not counting on it, but it’s something to think about before the O’s are mathematically eliminated by the All-Star Game.