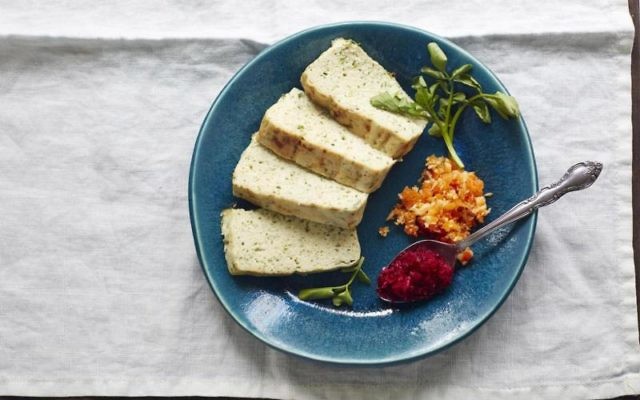 Cookbooks make up one of the top performing categories in non-fiction publishing, but one of the biggest factors in a cookbook’s success is not the quality, innovativeness, freshness or healthiness of the dishes. Nowadays, it is the lavish full-color photographs, more often than not, that sell the book; think of Quentin Bacon’s luscious image of “Kasha Varnishkes with Wild Mushrooms” in Ina Garten’s “Cooking With Jeffrey,” the top-selling cookbook of 2016. Only one recent major cookbook that I know of, George Greenstein’s 2015 “A Jewish Baker’s Pastry Secrets: Recipes from a New York Baking Legend for Strudel, Stollen, Danishes, Puff Pastry and More,” was published without any photos at all. (Greenstein died before the book was finished, so his daughters and grandson took over the project.)

Recipe collections never used to include photographs. Think of the bare printed pages of “The Joy of Cooking,” “Cooking With Craig Claiborne and Pierre Franey,” and so on. “Betty Crocker’s Picture Cookbook” (a.k.a. “Big Red”), first published in 1950, was one of the first to display illustrations — images that seemed to be inspired by still-life paintings, in which the food seemed too fancy to eat, even at the club luncheons and elaborate suburban dinner parties for which the dishes were intended. But as Susan Bright writes in “Feast for the Eyes: The Story of Food in Photography,” published just this month, the images in Crocker’s iconic cookbook are “more exuberant than they are appetizing, speaking more to tastefulness than to taste itself.”

“Photos are the calling card for the modern cookbook.”

Susie Fishbein is the author of 10 wildly successful kosher cookbooks. Working with photographer John Uher, who was also tapped for the popular 2011 “Bais Yaakov Cookbook,” Fishbein revolutionized kosher cookery using bright photos filled with primary colors. She told me that photos are the “calling card for the modern cookbook.” But, she said, “We didn’t show fancy spun sugar cages over the food. Home chefs skip the recipe if they see something outside their comfort zone.” 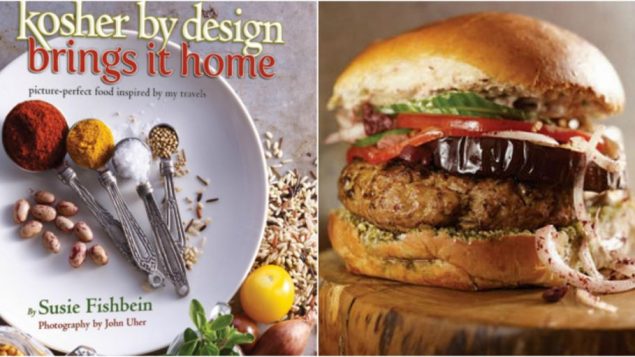 Susie Fishbein’s “Kosher By Design Brings It Home” has over 110 recipes alongside lavish photographs, like the classic burger, pictured on the right. Courtesy

Nathan told me that it was Judith Jones, the legendary editor at Knopf, who jump-started the careers of Julia Child and James Beard (and who, as it happened, was responsible for the publication of “The Diary of Anne Frank”), who frowned on photos in cookbooks. But after Jones retired in 2011, a new generation of cookbook editors began to require photos. Now that Jewish chefs like Yotam Ottolenghi and Michael Solomonov are celebrities, Nathan observed, they “use photos in their books to accentuate what they sell.”

One cookbook that was groundbreaking in its use of photos was Poopa Dweck’s 2007 “Aromas of Aleppo: The Legendary Cuisine of Syrian Jews,” with a tantalizing cover image of a bowl of olives reflecting beams of light. In an interview, Dweck told me that the book’s overall goal was to “open up this Arab cuisine to the world — food that Jews adapted to while they were living in Arab lands.” The photos were crucial, she added, in that they “inspired people to cook the dishes,” from “Candied Quince to Okra with Prunes and Apricots.” 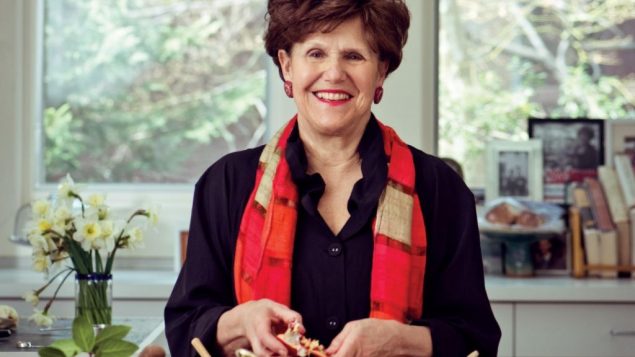 Then again, as radio personality and author Arthur Schwartz put it to me, cookbooks have become “objects in their own right.” His 2008 “Arthur Schwartz’s Jewish Home Cooking: Yiddish Recipes Revisited,” featured photos of classic Jewish fare like a Breakstone’s sour cream glass filled with borscht. The nostalgic photos (which made the food look, in Schwartz’s words, “natural but not fussed over”) summon up a vanishing world of Ashkenazic Jewish American gastronomy.

“We’re trying to refresh the image of this food and revitalize it for a new generation. So the photos had to have dynamism, movement and energy,” Alpern noted. Even as “we are all food photographers nowadays, using our phones to share photos of everything we eat,” images will continue to be an essential element of cookbooks, Alpern predicted. “The photos will just need to look better than someone taking a picture of their lunch.”