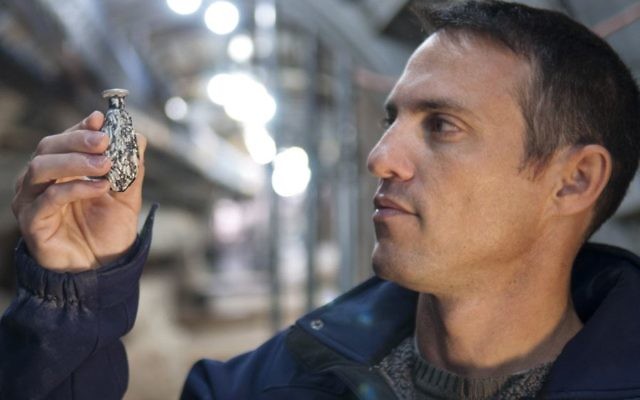 Nahshon Szanton holds a date-shaped glass juglet that was uncovered in excavations in Jerusalem. The Israel Antiquities Authority unveiled rare relics from the 2,000-year-old battle for the capital that took place on the eve of the destruction of the Second Temple. Courtesy of IAA

To mark the 50th anniversary of Jerusalem’s reunification, the Israel Antiquities Authority yesterday unveiled rare relics from the 2,000-year-old battle for the capital that took place on the eve of the destruction of the Second Temple.

The Jerusalem Post reports that several artifacts, including well-preserved arrowheads and stone ballista balls, were discovered on the main street that ascended from the city’s gates and the Pool of Siloam to the Temple, which was excavated in recent years. “These finds tell the story of the last battle between the Roman forces and the Jewish rebels who had barricaded themselves in the city—a battle that resulted in the destruction of Jerusalem,” the IAA said. 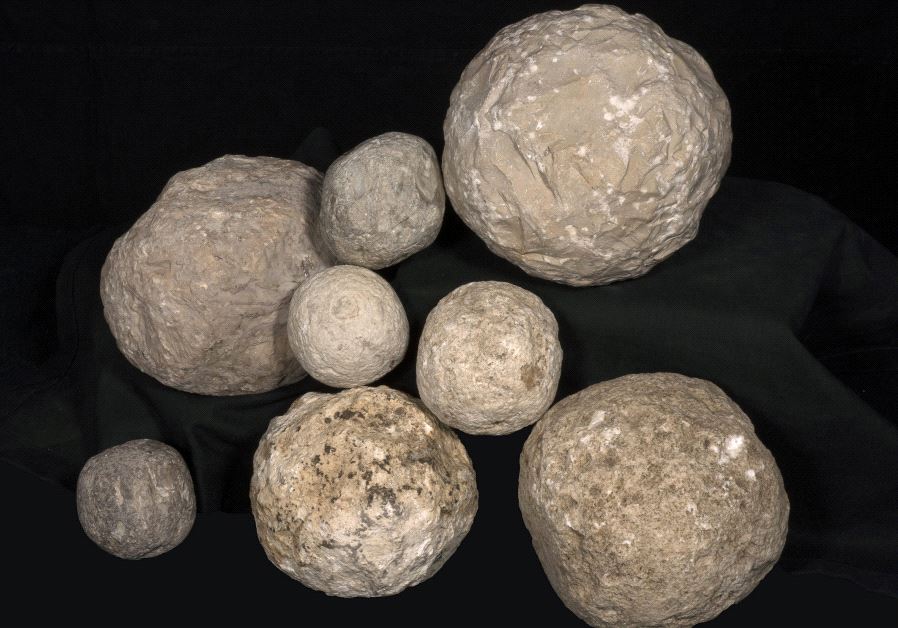 2,000 year old Ballista stones were discovered in an excavation in Jerusalem, believed to be evidence of the battle of Jerusalem. Courtesy of Clara Amit/IAA

According to Nahshon Szanton and Moran Hagbi, directors of the excavation on behalf of the Authority, the ballista balls were fired by catapults used to bombard Jerusalem during the Roman siege of the city. The arrowheads, they said, were used by the Jewish rebels in the hard-fought battles against the Roman legionnaires. 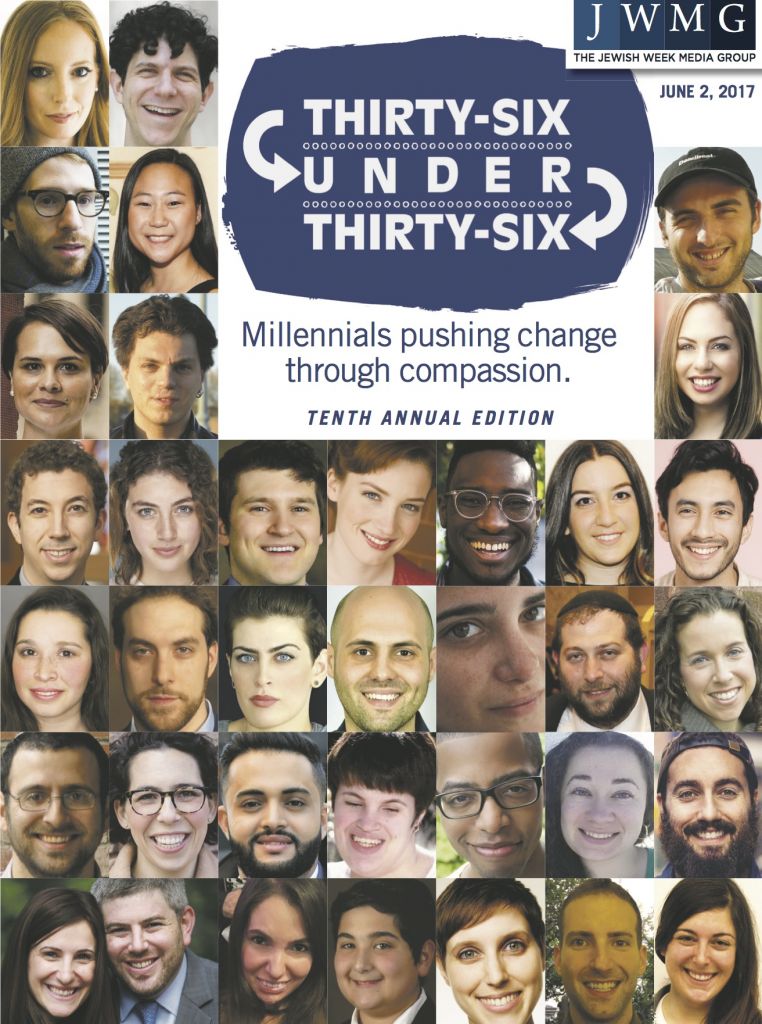 The 2017 cohort is one uniquely dedicated to protecting the vulnerable and strengthening the defenseless. The group includes not one but two young women aiming to put a stop to child abuse in our schools, camps and synagogues. Two Jews of color are leading the charge towards a more inclusive, narrative-driven community.

There’s an eighth-grade student starting a campaign against bullying; a high school student championing racial, gender and environmental justice; a young organizer pushing to end gun violence; and a father of four who helps field up to 160 calls a day from those in crisis.

Mazel tov to all our 36ers! You can meet them here.

HIAS has praised a federal appellate court’s decision that upholds its
appeal against President Donald Trump’s travel ban against Muslims.
JTA reports that yesterday’s decision by the Richmond, Va.- Fourth
Circuit Court.cited Trump’s campaign promises extensively to counter
arguments by the government that the bans were not discriminatory but
based on national security considerations. In a statement, HIAS, the
lead Jewish group advocating for immigrants’ rights, said “The
groundswell of public protest against the bans has been inspiring and
unrelenting.”

The Trump administration saidt it would take the matter to the Supreme Court.
An array of Jewish groups filed amicus briefs against the travel ban,
including Bend the Arc, the Anti-Defamation League, the Jewish Council
for Public Affairs, the American Jewish Committee and some Reform
Jewish groups.

A 25-second clip of Raoul Wallenberg, the Swedish banker who risked his life to save thousands of Jews in Nazi-occupied Hungary during World War II the disappeared into the Soviet gulag system after the war, aired this week on Sweden’s SVT’s cultural affairs news program, Haaretz reports. The clip from a home-guard exercise in the summer or autumn of 1940 shows the 29-year-old Wallenberg instructing volunteers at a shooting practice 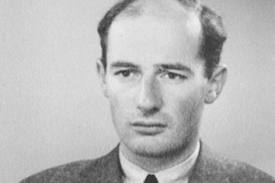 Raoul Wallenberg: Taken by Soviets in 1945 and never seen again. A rare clip of him surfaced this week on European TV.

“It is so touching … it’s magical,” Wallenberg’s sister Nina Lagergren, 96, said after viewing the clip. The last time she saw her brother was in July 1944 before he left for Budapest, to work at the Swedish legation.

“There is no doubt, you can see his movements, how he places his hand on his knee, that was typical,” she said.

Some 74 Palestinian employees of SodaStream, who lost their jobs when
the company shut its West Bank plant in the face of international
pressure, will return to work at its factory in southern Israel, JTA
reports. The employees’ work permits, which allowed them to enter Israel from the West Bank, expired in February 2016.

The Israeli government agreed to reinstate the permits after persistent requests from SodaStream and its CEO Daniel Birnbaum, “We are delighted to welcome back our 74 devoted Palestinian employees, who are able to join their 1,500 friends at our Rahat facility in the Negev,” Birnbaum said. “The Israeli government did the moral and
honorable thing to grant work permits to our employees, who can now
provide for their families and also prove that coexistence is
possible.” 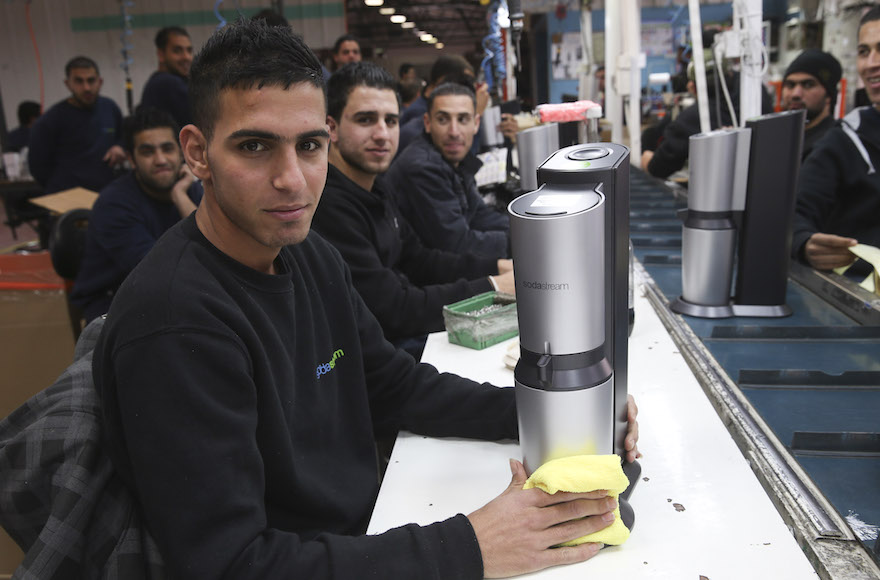 In October 2014, SodaStream announced it would close its factory in
Maale Adumim and move to southern Israel in the face of pressure from
the BDS (Boycott, Divestment and Sanctions) movement. The movement
claimed that SodaStream discriminated against Palestinian workers and paid some less than Israeli workers.

Some 500 Palestinian employees lost their jobs at that time. Israel gave the remaining 74 employees permission to enter the country and continue to work for SodaStream until February 2016.