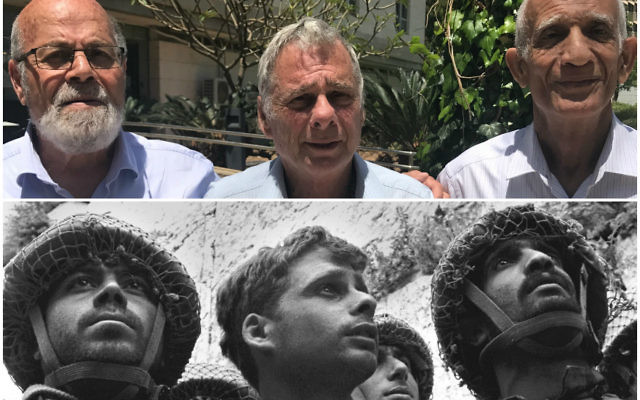 In top photo, from left: Tzion Karasenti, Yitzhak Yifat and Chaim Oshri standing on the Tel Aviv University campus in Ramat Aviv, Israel, May 7, 2017. They were featured in the iconic photo by David Rubinger after the Six-Day War in 1967. JTA

The three Israeli paratroopers whose images in David Rubinger’s iconic 1967 photograph at the Western Wall returned to the site this week, at the exact hour when they helped liberated the site 50 years ago.

JTA reports that Dr. Yitzhak Yifat, Tzion Karasenti and Chaim Oshri joined thousands of Jews from around the world to mark Jerusalem Day. “Returning to the Kotel with these people was almost as exciting as my first time,” Karasenti, the first paratrooper to reach the Western Wall in 1967, said.

Natan Sharansky, the chairman of the Jewish Agency and a former Soviet refusenik, said, “When the soldiers of the Israel Defense Forces broke through the gates of Jerusalem’s Old City, they also punched a hole in the Iron Curtain, inspiring us Soviet Jews to start our struggle for freedom. This struggle, supported by Jews around the world, ultimately brought down the Iron Curtain and enabled a million Jews to come home to Israel.” 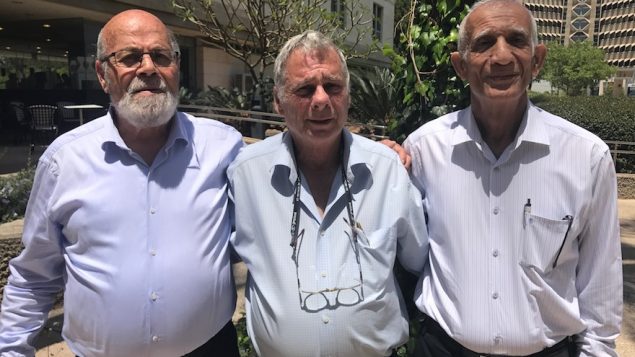 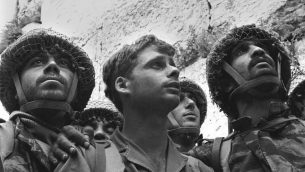 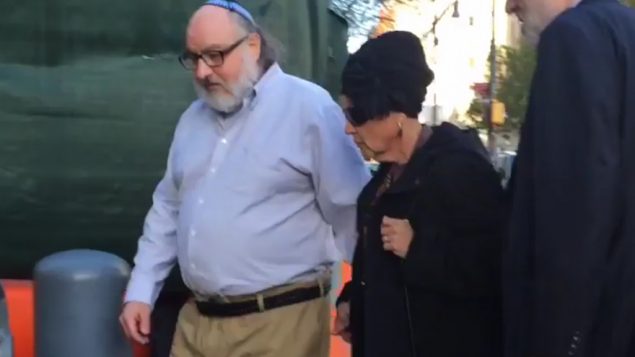 Pollard upon his release. JTA

The parole terms issued upon Pollard’s release from a federal prison in November 2015 after serving 30 years of a life sentence require him to stay in his New York home from 7 p.m. to 7 a.m.; to submit any computer he uses for inspection, and to wear a GPS-monitoring device at all times. The device means that Pollard, who is Orthodox, is forced to violate Shabbat observance, his lawyer has said.

An Orthodox Jewish paramedic is suing a New York hospital for discrimination for not allowing her to wear skirts, according to JTA. In the civil suit filed Tuesday, Hadas Goldfarb says she was offered a job as a paramedic at the New York Presbyterian Hospital in 2015, but was terminated amid orientation after refusing to comply with the dress code, which stipulates that paramedics wear pants. 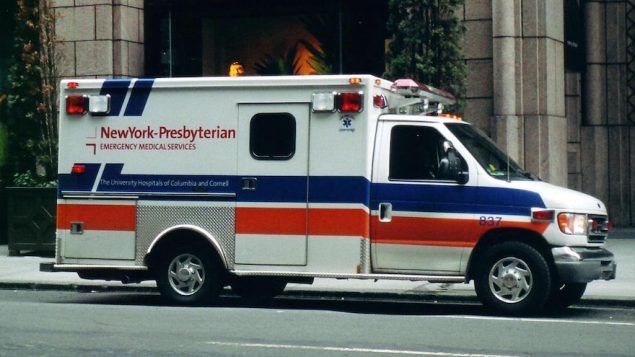 Hadas Goldfarb says she was fired by New York Presbyterian Hospital for not complying with its dress code. JTA

Goldfarb, 26, only wears skirts, a practice common among Orthodox Jewish women who follow strict rules dictating personal dress. She says she has done so while working as a paramedic for other employers.

The lawsuit, which was filed with Kings County Supreme Court, alleges that the hospital failed to provide her with reasonable accommodation for her religious observance and that doing so is discriminatory and illegal

For Sabbath-observant graduates, a separate graduation

At University of Maryland, where more than half of the school’s 34 graduation ceremonies this year are scheduled to be held on Saturday, it puts many of the school’s 6,000 Jewish students in a bind. How do the Sabbath-observant sensitive celebrate the end of their college education?

The Times of Israel reports that Rabbi Eli Backman, director of the school’s Chabad, and Rabbi Ari Israel, director of the university’s Hillel, reached an accommodation with administration — alternate accommodations. Last Sunday, 22 Shomer Shabbat graduates “paraded down the aisle in caps and gowns for a slightly delayed, but Sabbath-friendly graduation their families could proudly attend,” according to the paper.

The ceremony came complete with opening remarks by Hillel director Israel and a commencement speech. Students were presented their diplomas by the associate provost, who is also dean for undergraduate students.

A South Florida man charged with plotting to bomb a Miami-area synagogue and Jewish school is negotiating a plea agreement, according to JTA, which reports that James Medina, 41, has been negotiating with prosecutors on a proposed guilty plea. He originally had pleaded not guilty.

The FBI arrested Medina, a convert to Islam from Hollywood, in 2016, while he was approaching the Aventura Turnberry Jewish Center with what he believed was a bomb. An FBI informant had furnished Medina with the real looking but fake bomb.

Medina’s family and attorney have said he is mentally ill and has previously been committed to a psychiatric hospital. According to prosecutors, Medina initially planned to attack the 800-member Conservative synagogue and its school with assault rifles on Yom Kippur and was hoping to inspire other Muslims to commit terrorist attacks.