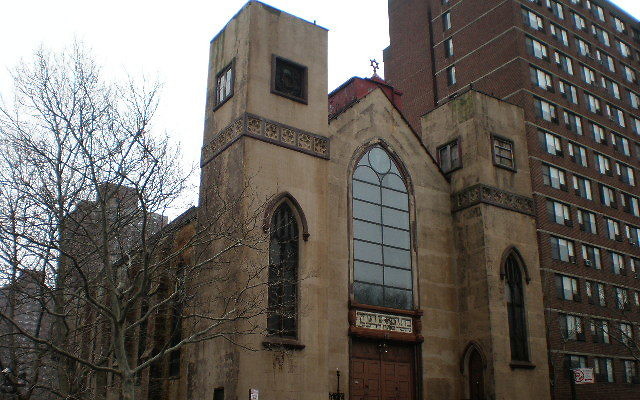 The Beth Hamedrash Hagadol synagogue in the LES before the fire. Wikimedia Commons

A three-alarm fire yesterday destroyed the19th-Century Congregation Beth Hamedrash Hagadaol, which has not been the site of worship services for a decade, NBC News reports. The fire broke out around Sunday evening at the Lower East Side synagogue, prompting the city to issue an emergency alert that warned neighbors to close their windows and stay indoors if possible.

The roof of the building collapsed and the inside was gutted. Read more here. 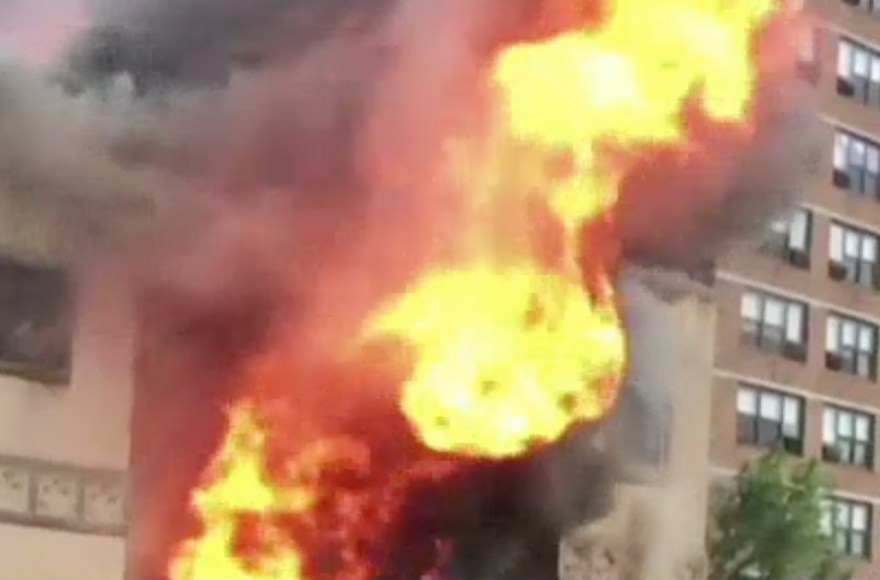 Religious texts worth more than $400,000 were returned to a Borough Park, Brooklyn synagogue Friday, a little over a month after they were snatched, the Daily News reports. State Assemblyman Dov Hikind and Rabbi Meir Rokeach were present at Congregation Maase Rokeach when 96 texts were returned.

After word of the theft went out to the international Jewish community, calls soon came in about the books, and about an extortion attempt from the people who stole them.

Police arrested Aron Gross, 34, in connection with the theft. The books were to be placed back in the library, where a security system in now place to prevent another theft.

President Donald Trump is considering how moving the U.S. Embassy to Jerusalem from Tel Aviv would affect the peace process, according to Secretary of State Rex Tillerson, a report in JTA said.

“The president, I think rightly, has taken a very deliberative approach to understanding the issue itself, listening to input from all the interested parties in the region and understanding what such a move in the context of a peace initiative, what impact would such a move have,” Tillerson said at the end of a nearly 15-minute interview Sunday morning on NBC’s “Meet the Press.” 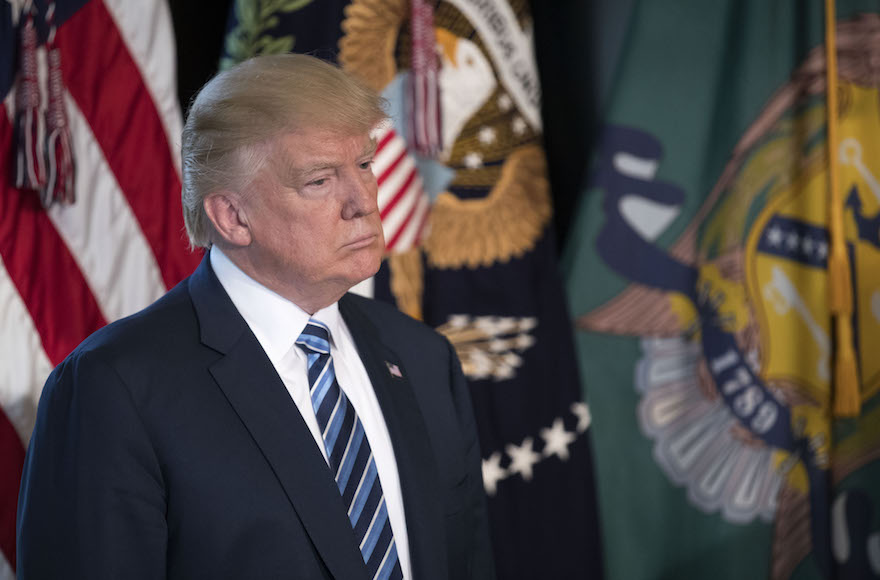 “As you know, the president has recently expressed his view that he wants to put a lot of effort into seeing if we cannot advance a peace initiative between Israel and Palestine.”

The Israeli Prime Minister’s Office later issued a statement saying the transfer of the embassy would not harm the peace process but would rather advance it “by correcting a historic injustice and by smashing the Palestinian fantasy that Jerusalem is not the capital of Israel.”

Bin Laden, 28, who earlier this year was named a specially designated global terrorist by the State Department, suggests targets for the attackers, telling followers to “look for Jewish targets everywhere” and if there are none, to attack American or NATO interests.

The Jewish mayor of Charlottesville, Vir., was the target of anti-Semitic tweets yesterday after he spoke out against white nationalists who converged on a local park carrying blazing torches the night before, the Jerusalem Post reports.

Mayor Mike Signer said two protests led on Saturday by Richard Spencer, a leader of the “alt-right” movement, came on the same day the city held its annual Festival of Cultures event, which celebrates diversity in the home of the University of Virginia. He called the white nationalist march “reminiscent of the KKK.” 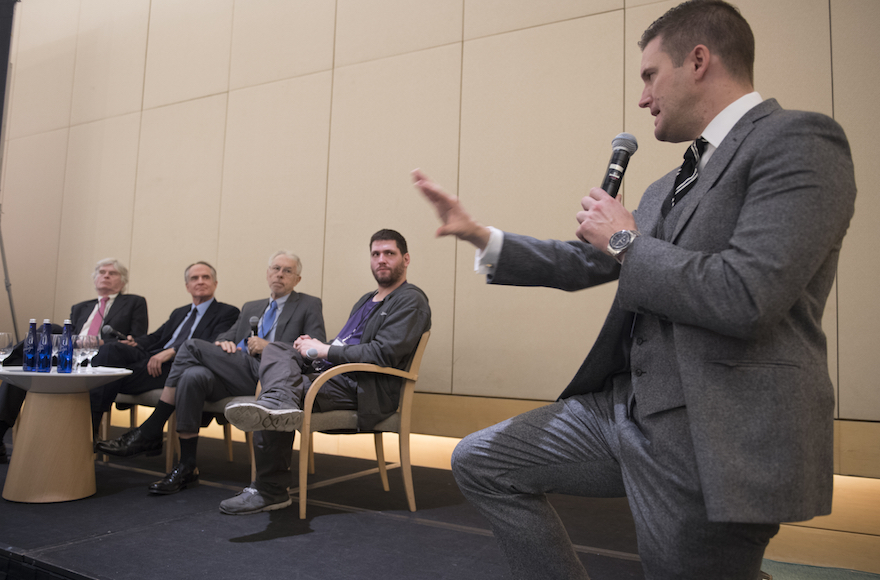 Richard Spencer (R) and panelists at an alt-right conference hosted by the National Policy Institute in Wash. D.C. in Nov. JTA

“I smell Jew,” posted an anonymous Twitter user with the handle “Great Patriot Trump.” “If so, you are going back to Israel. But you will not stay in power here. Not for long.”
College students mount campaign to save campus rabbi’s job

Members of a Jewish student organization at George Washington University have started a fund-raising drive to keep a popular rabbi from leaving because of a budget cut, the school’s student paper, the GW Hatchet, reports. The campaign’s goal is $150,000.

MEOR D.C. – the campus’ chapter of a Jewish student outreach and learning organization – announced last week that it faces a massive reduction in funds, which mean that Rabbi Nati Stern, a MEOR educator, would lose his job and the organization would be forced out of its townhouse on 24th and I streets, where Stern and his family live and host weekly Shabbat dinners.

Students in the organization launched a fundraising campaign on the crowdsourcing website Givebutter May 8, so far taking in $4,868 from 45 donors.

MEOR members have until the end of May to collect enough donations to keep Stern – as well as his wife Sarah and three children – on campus and avoid losing the townhouse.

If the campaign does not raise all $150,000, the paper reports, money raised will go toward the GW chapter of MEOR and help to sponsor its events.