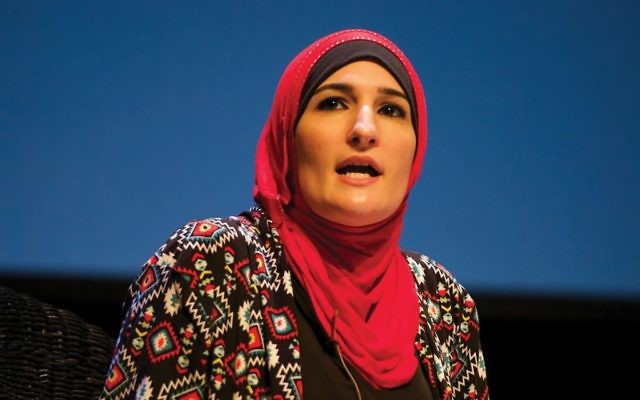 The spiritual leader of the Lower East Side’s largest synagogue has sent a letter to David Garza, executive director of the Henry Street Settlement, which runs the nextdoor Abrons Art Center on Grand Street, warning against including anti-Israel Arab activist Linda Sarsour in a panel discussion.

The Jewish Press reports that Rabbi Zvi Romm wrote that while “the members of the Bialystoker Synagogue are happy to be” the Center’s neighbors, they are “profoundly disturbed” that Sarsour  was invited to take part in the “Lilian Wald Symposium” on “Immigrant New York: The New Majority,” to be held at the Center on May 16.

Sarsour is a Palestinian-American activist who helped organize the Women’s March. Read why she is considered a controversial figure here.

A video of an imam who appears to call for the murder of Jews in a sermon at a Copenhagen mosque has caused outrage in Denmark, BBC reports. Mundhir Abdallah was reported to police after being filmed stating that, according to the Prophet Muhammad, the Day of Judgement “will not come unless the Muslims fight the Jews and the Muslims kill them”.

Videos of the sermon were posted on YouTube and Facebook by the Al-Faruq Mosque.  on Sunday, and part of the 30-minute Arabic address was later translated by the Washington-based Middle East Media Research Institute (Memri).

Israeli Interior Minister Aryeh Deri has approved the outline of a plan that will allow approximately 100 Syrian orphans who have survived their country’s civil war to be brought to Israel, according to i24news. A statement from the Interior Ministry’s Population and Immigration Authority said Deri ordered the office to initiate contact with relevant agencies to allow the children into the country. 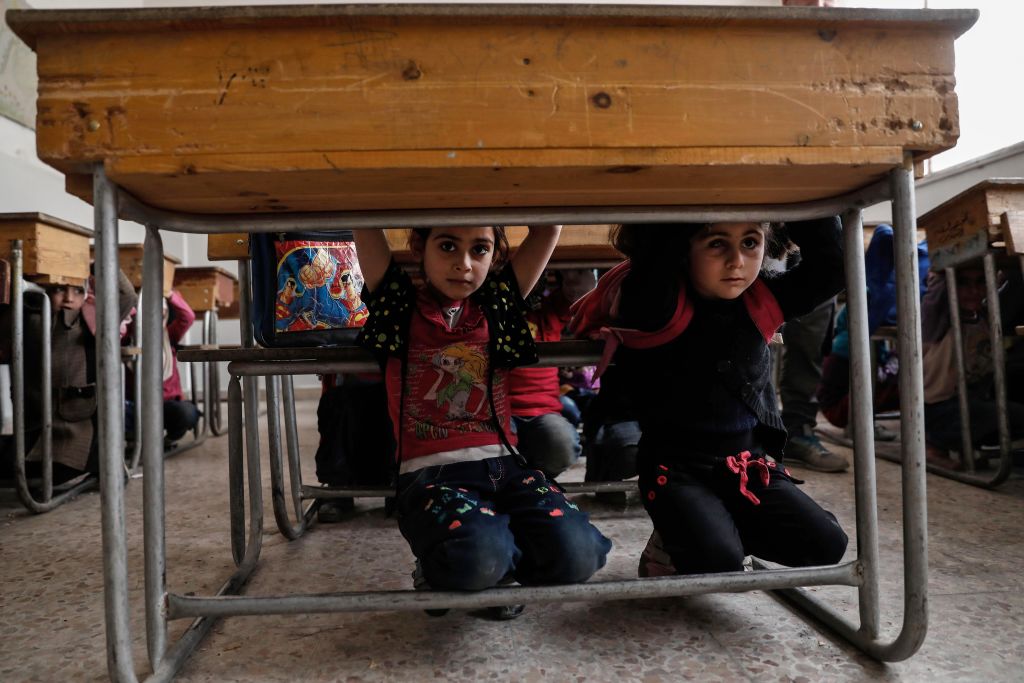 Schoolchildren learn how to protect themselves in case of a bombardment during a war safety awareness class in the rebel-held area of Harasta, on the northeastern outskirts of the capital Damascus, on May 2, 2017. Getty Images

“The situation in Syria is very harsh,” Deri said. “I have decided to order professionals in my ministry to work toward absorbing children on humanitarian grounds in order to render assistance and rescue 100 of them from the horrors and afford them good and normal lives in Israel.”

The orphans will be housed in Education Ministry dormitories and enrolled in Israeli schools.

Berlin residents are taking part in an initiative called “Denk Mal am Ort” (“Open Jewish Homes”), which pays tribute to persecuted and deported Jewish families who once lived in their apartments, the Deutsche Welle news service reports. A project that opens once-Jewish homes in the German capital to visitors pays “tribute to Jewish families” who once lived there.

The project is based on an idea initiated Dutchwoman Denise Citroen, who started the “Open Jewish Homes” project in the Netherlands in 2012. Project participants researched the history of Jewish families in their neighborhood. , Holocaust survivors and tenants who know that Jewish families once lived in their apartments open their homes to the public on selected weekends to honor the former inhabitants.

That woman who claimed to invent the fidget spinner? The media may have been spun.

(JTA) — An investigation has thrown doubt on the story of the Florida woman who, looking for a way to distract young Palestinian boys from clashing with Israeli police, claimed to have invented the fidget spinner toy.

Bloomberg News confirmed Thursday that Catherine Hettinger was granted a patent for a spinning device in 1997. But Hettinger’s device, which she pitched unsuccessfully to the toymaker Hasbro, had little in common with the ubiquitous fidget spinner sold today resembling a coaster-sized propeller with a bearing in the middle. 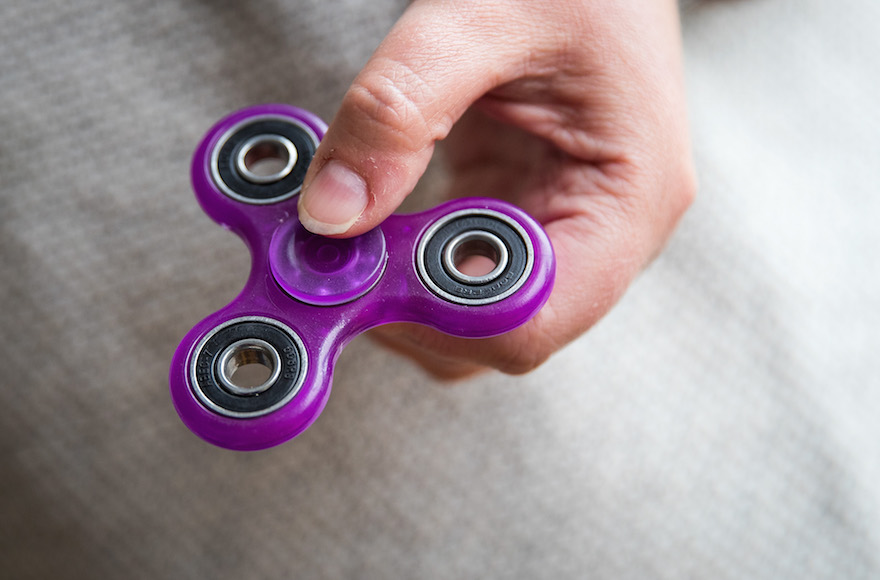 Two patent experts who reviewed Hettinger’s idea at Bloomberg’s request doubt it was the precursor of the current toy, despite an account on Wikipedia suggesting otherwise.

“In reading it, it doesn’t appear to cover the products that people are selling now,” Jeffrey Blake, a partner at a law firm focused on intellectual property, told Bloomberg.

Hettinger, 62, a chemical engineer by training, did not disagree.

“Let’s just say that I’m claimed to be the inventor,” she said. “You know, ‘Wikipedia claims,’ or something like that.”

Irish supporters of Israel have said that the Dublin City Council’s decision to fly the Palestinian flag this month in a show of support will have “an extremely negative impact” on tourism to the Emerald Isle, according to the Times of Israel. Forty-two members of the Council voted in favor of the “people before profit” motion, a political statement that Israel’s “occupation” of Palestinian land had left Palestinians “under a form of apartheid, much worse than South Africa.”

A spokesman for grassroots group Irish4Israel said: “We believe such a move will have an extremely negative impact on Dublin’s international image and tourism. The only flags that should fly over an Irish City Hall is the Irish and local county flag.”

Maurice Cohen, chair of the Jewish Representative Council of Ireland, said the Council decision “panders to a few left-wing politicians to further their own agenda.. We believe that the vast majority of Irish and Dublin people understand that the Middle East situation is one of enormous complexity.”

JTA reporting contributed to this report.