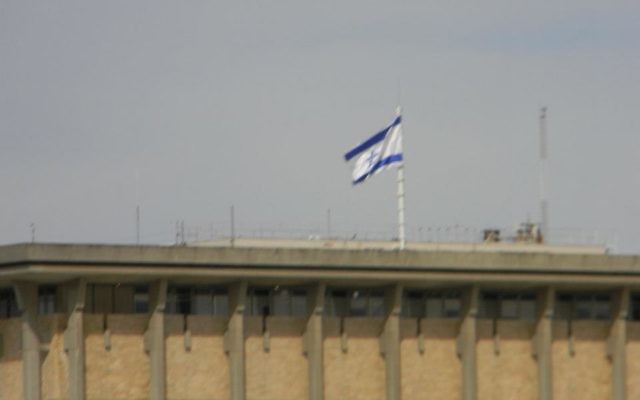 The ADL and J Street criticized the Knesset’s "nation-state" bill which states "the right to realize self-determination in the State of Israel is unique to the Jewish people."

The Anti-Defamation League and J Street yesterday criticized the Knesset’s “nation-state” bill, a provision of which would remove Arabic as an official language in Israel and state that “the right to realize self-determination in the State of Israel is unique to the Jewish people.”

The ADL came out against the bill on its’ Twitter account, saying that “Removing Arabic as an official language harms efforts to build shared society,” and J Street called the proposed legislation “a bad idea,” explaining that it “does nothing to enshrine Israel’s status as a homeland for the Jewish people, while sending a dangerous message to its Arab minority that they are second-class citizens,” according to Haaretz.

The bill still needs to pass further readings on the Knesset floor in order to go into effect.

An aging Holocaust survivor “suffering from multiple medical issues” can remain in her Queens apartment, the Daily News reports. A judge recently blocked the eviction of the 89-year-old immigrant from Ukraine – she was identified only by her first name, Nellya – after her landlord tried forcing her out of the Kew Gardens co-op where she has lived, with a full-time home health aide, for several decades.

Nellya, who has Alzheimer’s disease, is confined to a bed with several health problems including asthma, diabetes and osteoporosis, relatives told the Daily News. In recent years, her landlord took her and a 90-year-old neighbor, also a Holocaust survivor, to court in an attempt to evict them.

The pair, unable to represent themselves in housing court, had to rely on legal guardians. A nonprofit, Selfhelp, contacted attorneys from the Legal Aid Society who will continue to fight for Nellya’s neighbor.

A small group of Jewish-Americans from around New England last week took part in a ceremony in which they received their dual German citizenship at the German consulate office in Boston, part of a small-but-growing trend in some Jewish circles, NPR reports. 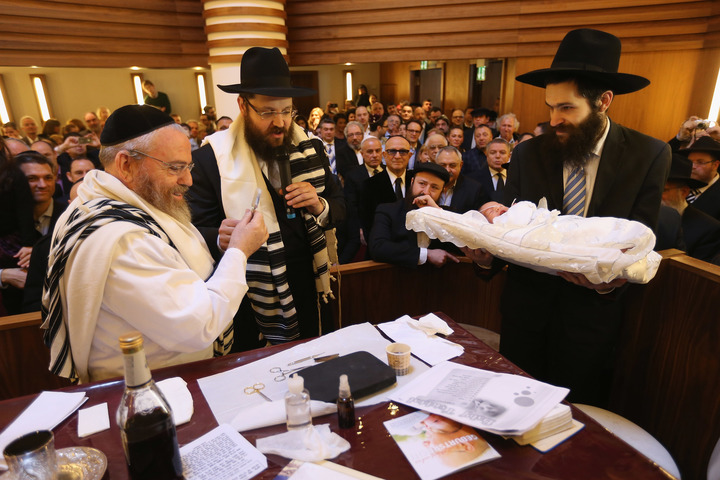 Orthodox Jews at a circumcision at an Orthodox Jewish synagogue in Berlin, Germany. Getty Images

Following a recent increase in reports of anti-Semitic incidents in the United States has come “a new wave of interest in a decades-old German law reinstating German citizenship to Holocaust refugees and their descendants,” according to NPR.

Ralf Horlemann, consul general of Germany in Boston, said that in the first quarter of 2016, 13 people” of Jewish origin” reclaimed their German citizenship through the Boston consulate. That number nearly quadrupled — to 49 — in the first quarter of 2017. “Although we don’t have any firm statistical data on the reasons behind the application for naturalization,” he said, “we have seen a considerable increase in applications since, well the autumn, or the end of last year.”

Pizza Hut International has issued an apology on its official Facebook page after a franchise in Israel posted a photo of hunger striking Palestinian leader Marwan Barghouti allegedly eating chocolate, questioning why he had not chosen pizza, according to the Jerusalem Post.

“Pizza Hut International apologizes for any offense caused by a recent post on Pizza Hut Israel’s Facebook page. It was completely inappropriate and does not reflect the values of our brand,” Pizza Hut stated. “The local franchisee in the country removed it immediately and the relationship with the agency that posted it was terminated, and we truly regret any hurt this may have caused.”

The post, which Pizza Hut stated came from an agency, has since been removed.

Wife No. 6 for Rabbi Marc Schneier

Rabbi Marc Schneier the politically and socially active spiritual leader who in 2015 was expelled from the Rabbinical Council of America on an infidelity charge and last year resigned from his position at the tony Hampton Synagogue, has gotten married for the sixth time, the New York Post’s Page Six social column reports. According to the paper, Rabbi Schneier in March wed Simi Teitelbaum, a Town Residential real estate broker.