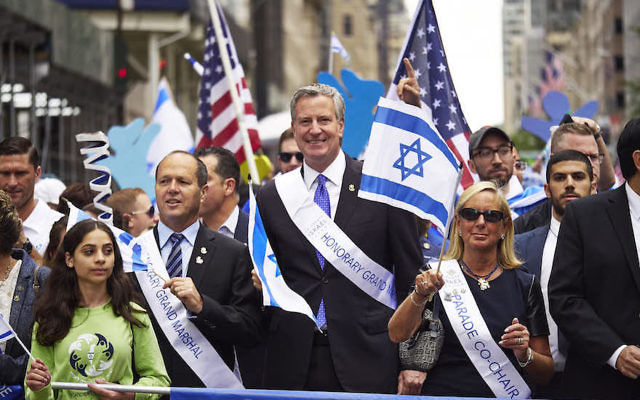 Tens of thousands of people lined Manhattan’s Fifth Avenue yesterday to show their support for Israel. The “Celebrate Israel” parade, under the banner of “Celebrate Israel All Together,” recognized 50 years of the reunification of Jerusalem. Former New York Giants running back Tiki Barber served alongside Jerusalem Mayor Nir Barkat and kosher chef Jamie Geller as honorary grand marshals. Watch a live video of the event here.

British Chief Rabbi Ephraim Mirvis called on his countrymen to remain committed to the values of peace and tolerance in the wake of the terror attack Saturday night in London that left at least seven people dead, JTA reports. 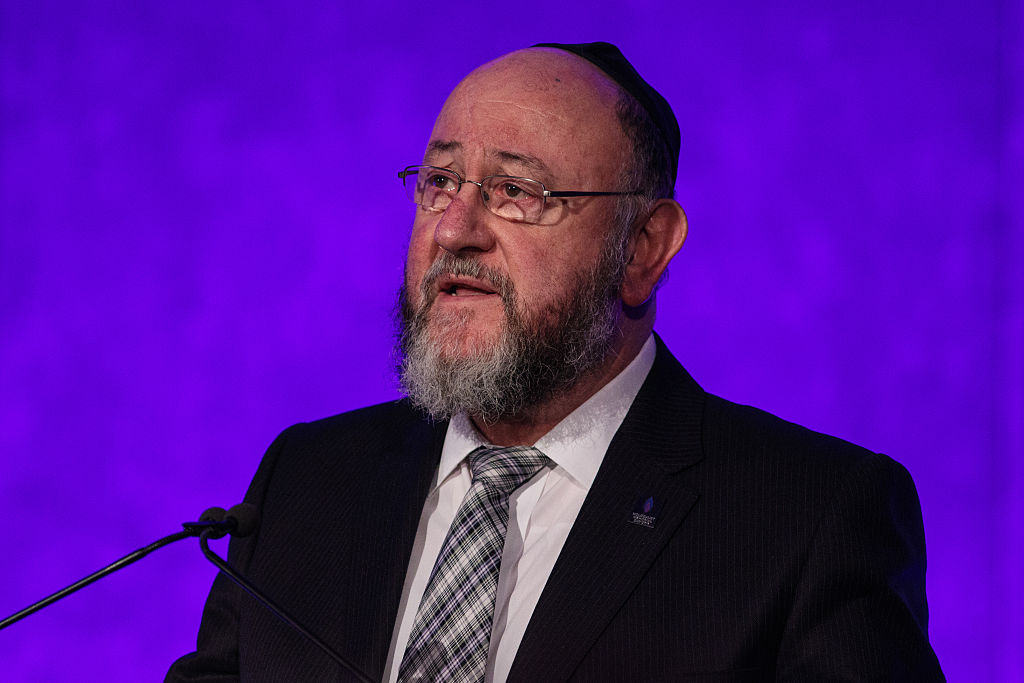 “In the wake of yet another attack, of more loss of life and of more families devastated by terror, every one of us will once again feel the now too familiar sense of horror and helplessness,” the rabbi said in a statement on his Facebook page. “It seems the terrorists believe that where they have previously failed to poison our communities, with their destructive ideology of hatred and prejudice, they can succeed with still more bloodshed and murder. But we must not let them.”

The head of the Board of Deputies of British Jews, Gillian Merron, in a statement condemned the attack and praised the emergency services who came to the aid of the injured. “People of all faiths and none must come together to defeat this evil,” she said

The body of the brother of Levi Aron, the Brooklyn store clerk who pleaded guilty to killing lost 8-year-old Leiby Kletzky six years ago, was found in the same home as the remains of the haredi Orthodox boy.

The body of Tzvi Aron was found wrapped in a blanket in a basement closet of the Brooklyn home, according to reports. 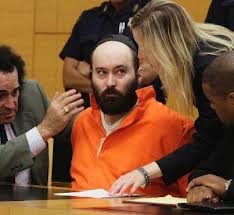 Police reportedly were called to the home on Friday afternoon.  Tzvi Aron had been missing since Tuesday, according to reports. A bakery worker, he had recently been threatened, though it has not been reported why.

Levi Aron pleaded guilty in August 2012 to kidnapping, killing and dismembering Leiby near his home in the Borough Park section of Brooklyn in July 2011. Aron’s attorney at first had attempted to pursue an insanity defense; Aron reportedly has a history of mental illness.

Leiby, making his first attempt to walk home alone from camp, had stopped to ask Aron for directions and entered his car. Less than 48 hours later, the search for the boy came to a grisly conclusion when parts of his dismembered body were found in the freezer of Aron’s apartment in the nearby Kensington section of Brooklyn.

Jibril Rajoub, a senior Palestinian Authority official, said Saturday that the Palestinians recognize that the Western Wall should stay under Israeli sovereignty in any peace agreement, while the Temple Mount should not, according to the Jerusalem Post.

In a television interview Rajoub stated that “We understand that the Western Wall must be under Jewish sovereignty, but the Temple Mount is ours.”

A $5 million lawsuit filed in Manhattan Supreme Court charges that a New York City landlord ignored decades of requests for repairs by a tenant because she was a gentile living in a “Jewish building.”

JTA reports that tenant Sharon Kibbee de Lobo claims that she has suffered for decades from leaks from a terrace above her Upper West Side apartment, which has caused damage including holes in the ceiling, damaged kitchen cabinets, rotted wood moldings and beams, ruined silk wall paper and sponge-painted walls, and a carpet-beetle infestation.

Her complaints “were of no import to management because she lived in a ‘Jewish building’ and she had no rights as a non-Jewish tenant,” a property manager allegedly told her, according to the lawsuit. A lawyer for the landlord, identified as Ennismore Apartments, disputed the claim, calling it “hard to believe.”

Sara Ehrman, a confidante of the Clintons, dies at 98

Sara Ehrman, a Democratic Party mainstay who advised Hillary Rodham not to marry Bill Clinton and later advised President Clinton on Israel-Arab peace making, has died at 98, JTA reports. Ms. Ehrman, the youngest daughter of Hungarian Jewish immigrants, described herself as “first a Jew, second a Democrat and above all a feminist.

Ms. Ehrman led Jewish outreach for Bill Clinton’s presidential campaign and helped him organize his first trip as president to Israel as well as his attendance at the funeral of slain Israeli Prime Minister Yitzhak Rabin. She had served as political director of AIPAC and later worked with Americans for Peace Now and J Street, which were more in line with her support for a two-state solution to the Israeli-Palestinian conflict.

Tel Aviv’s City Hall was lit in green lights last night to protest the decision by PresidentTrump to withdraw his country for the Paris climate change accord. Israeli media reported that Mayor Ron Huldai said he was adding Tel Aviv to the list of cities speaking out against the move, which has drawn strong condemnation from leaders around the world. “We need to take responsibility for the next generation,” Huldai said. research, learn and act on the quality of the environment and the climate.

Lights on the city’s municipal building facade are often used to show solidarity or support for countries after terror attacks.