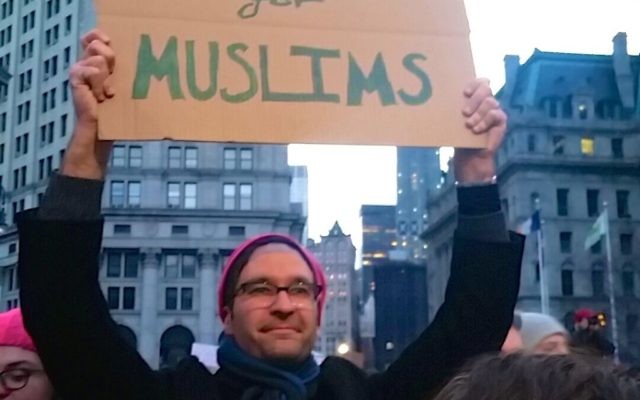 A man holds a sign protesting the ban on travel from seven Muslim countries at a rally in Battery Park NYC. Hella Winston/JW

Several Jewish organizations have criticized yesterday’s decision by the Supreme Court decision to allow parts of President Donald Trump’s travel ban to be enforced, JTA reports. The court said it would hear the appeals of two cases that had resulted from the travel ban, which aimed to keep  the citizens from six predominantly Muslim countries from entering the United States for 90 days and all refugees for 120 days.

The Jewish resettlement agency HIAS (formerly known as the Hebrew Immigrant Aid Society) is among the plaintiffs suing Trump in one of the cases the Supreme Court agreed to take on. It called the announcement “mixed news” in a statement, praising it for limiting some of the executive order’s reach but criticizing the court for partially allowing the executive order to be enforced

The Anti-Defamation League and Bend the Arc: Jewish Action also were critical of the court’s decision.

An infant boy in a stroller and his mother and two sisters were seriously injured yesterday along Route 29 in the Rockland County’s Monsey community, the Journal News reports. A driver plowed into them as they walked near a crowded shopping area, Ramapo police said.

The 38-year old mother and her three children — two daughters ages 13 and 9 and a 3-month-old son — all ended up hospitalized at Westchester Medical Center, where the boy underwent emergency surgery. The names of the mother and her children were withheld.

‘Mistakes were made’ in Western Wall decision

Education and Diaspora Affairs Minister Naftali Bennett, who heads the nationalist religious Jewish Home party, said yesterday that the fallout from the government’s decisions to halt the creation of a pluralistic prayer pavilion at the Western Wall and to restore the ultra-Orthodox monopoly on Israeli conversion were damaging relations between Israel and liberal US Jews. 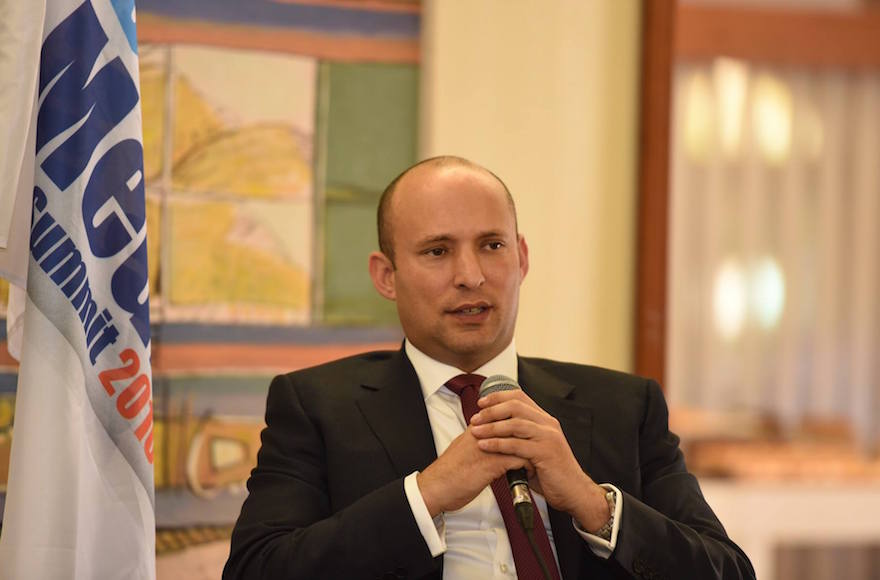 “Mistakes were made,” he said according to the Times of Israel. “The representatives of US Jewry feel they were slapped in the face by the Israel government and that they are apparently no longer welcome here. Of course this isn’t true.

“Mistakes were made regarding timing and the way things were done,” Bennett said. “Over the next day, we will hold a series of meetings to listen to the leaders of Diaspora communities and reach an understanding allowing us to end this crisis.”

Our editor and publisher, Gary Rosenblatt, weighs in on the decision here.

The Reform movement is launching its first school to train and ordain rabbis from Latin America, Spain and Portugal to work in those communities, JTA reports. The Ibero American Institute for Rabbinical Education of the World Union for Progressive Judaism, or WUPJ, will begin classes in August in Buenos Aires.

More than 10 rabbinical candidates from Argentina, Chile, Brazil and Spain have enrolled in the institute, which will be run jointly by the Latin American branch of WUPJ; the Argentine network of institutions Fundación Judaica, and the Center of Jewish Spirituality Mishkan.

A rabbi, his wife and multiple other couples in New Jersey’s heavily haredi Lakewood community were arrested yesterday in a series of raids by federal and state authorities in a massive welfare fraud investigation, according to the nj.com news website.

Once a prisoner in USSR, now he returns as an Israeli official

Knesset Speaker Yuli Edelstein, a former Prisoner of Zion in the Soviet Union, will become the first Israeli official to address the upper house of the Russian Parliament this week, the Jerusalem Post reports.

Edelstein and a Knesset delegation are set to depart today for Moscow, where he will hold meetings with Foreign Minister Sergei Lavrov and other Russian officials. “This is a special trip, and there is great excitement about it,” Edelstein said. 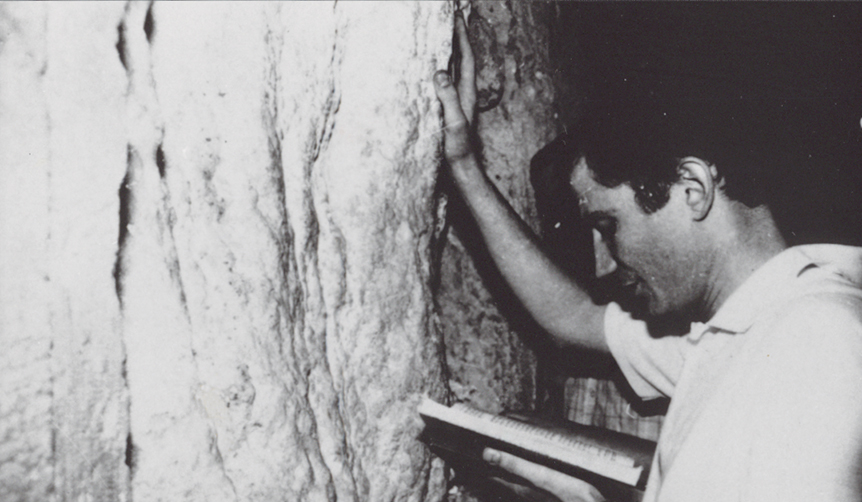 After his release from the Russian gulag in 1987, Yuli Edelstein prayed at the western wall. Knesset Speaker’s Office

Edelstein said he “can’t ignore the symbolism, which just a few years ago could have seemed like a mirage, that someone who was a prisoner in the Soviet Union would stand on the stage of the parliament in Moscow and speak in Hebrew as the Speaker of the Israeli Knesset.”

He is to open his speech to the Federation Council tomorrow in Hebrew, before continuing in Russian. In addition, Edelstein plans to tour important sites from his life in Moscow, including the home he lived in when, as a clandestine Hebrew teacher, he was arrested on trumped-up drug charges; the court in which he was convicted; and the Butyrka Prison, the transit jail he was sent to before the gulag.