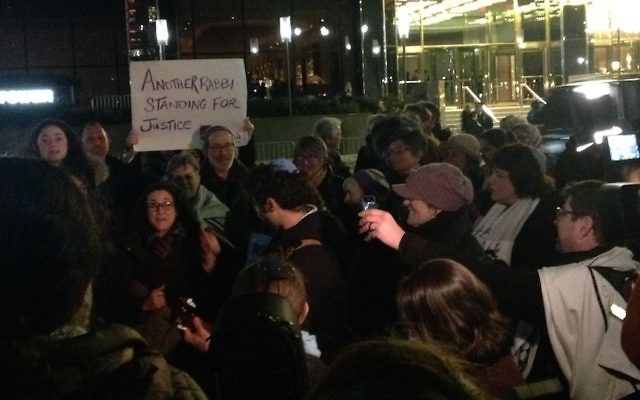 A group of rabbis protesting outside of Trump Tower in New York City, Feb. 6, 2017. JTA

Your rabbi? Probably a Democrat.

The vast majority of Reform and Conservative rabbis affiliate as Democrats, according to a new study, JTA reports.

The Yale University study found that more than 80 percent of Reform rabbis, and about 70 percent of Conservative rabbis, affiliate as Democrats. Both were among the top five most Democratic clergy of the Jewish and Christian denominations in the United States, with Reform rabbis topping the list.

Among Orthodox rabbis, nearly 40 percent identify as Democrats and a quarter as Republicans.

By contrast, Evangelical pastors are almost all Republicans, as are most Baptists. The Black Protestant African Methodist Episcopal clergy, as well as Unitarians, are heavily Democratic. Catholic priests are evenly split between Republicans and Democrats.

A Connecticut yeshiva whose founding rabbi was ordered to pay $20 million to a former student who claimed he was raped by the rabbi is operating without proper certification, according to JTA. The Yeshiva of New Haven came under additional scrutiny from state regulatory agencies last month after a federal jury ordered Rabbi Daniel Greer and the yeshiva to pay Eliyahu Mirlis $15 million in compensatory damages and $5 million in punitive damages in a civil lawsuit filed last year.

The yeshiva has not filed any paperwork with the state since 2011 and never received permission to operate as a boarding school, JTA reports. The school lost most of its students in 2016 when news of Greer’s alleged molestation became public.

Katz’s Deli, the iconic Lower East Side restaurant famed for its towering cold cuts sandwiches and the “When Harry met Sally” “I’ll have what she’s having” scene is opening a branch in Brooklyn.

The small stand in the Dekalb Market Hall will be part of a new food hall in the basement of the City Point shopping complex, starting on Friday, the Daily News reports. “I wanted bring the food a little bit closer to customers that have a hard time coming down to the Lower East Side,” third-generation owner Jake Dell said.

German Chancellor Angela Merkel, speaking at a synagogue in Argentina during a visit last week, said anti-Semitism must be fought “wherever it appears,” JTA reports. She also praised Argentina for offering refuge to German Jews who escaped from the Nazis during World War II. 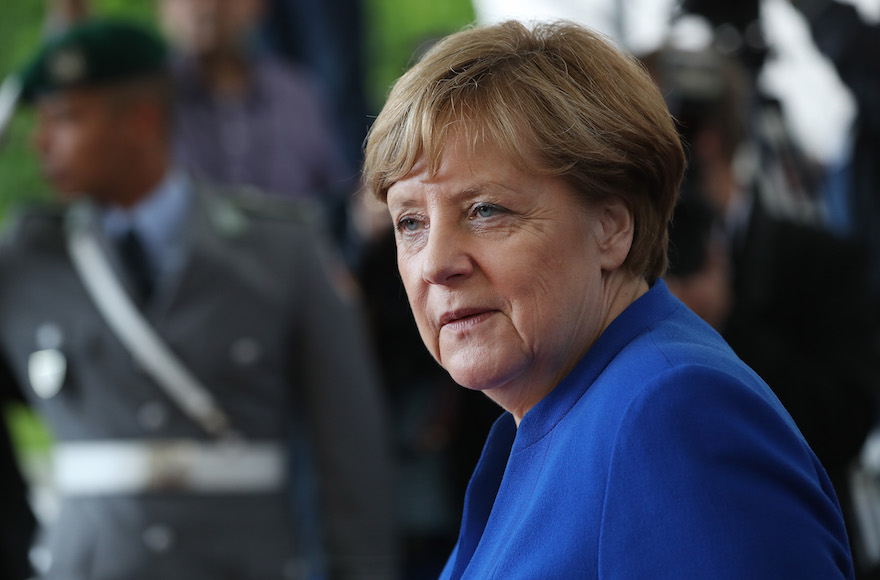 Merkel Thursday visited the Israeli Congregation of the Argentine Republic in Buenos Aires, the oldest congregation in the country. Merkel recalled the 1992 attack on the Israeli Embassy in Buenos Aires, which left 29 people dead, and the 1994 AMIA Jewish center bombing that killed 85, as “living and painful” examples of anti-Semitism.

“We must fight anti-Semitism where it is present, and fight for democracy and the rule of law throughout the world,” said Merkel, who also noted that Germany’s past is a reminder of the need to fight against anti-Semitism and for freedom and democracy.

Two suspected Arab antiquities thieves were arrested in northern Israel after attempting to plunder an underground archeological site in the ancient settlement of Zippori, the Jerusalem Post reports.

According to the paper, the intruders conducted an unauthorized excavation in the area of ​​the antiquities site in an attempt to break into the ground and locate an underground hiding space from the Roman period over the weekend.