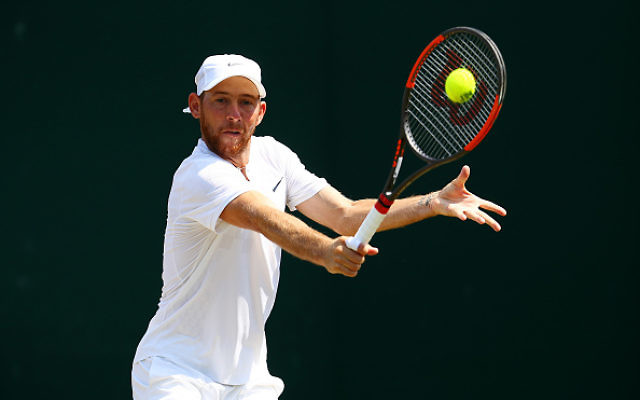 Dudi Sela of Israel plays a backhand during the Gentlemen's Singles second round match against John Isner of The United States on day four of the Wimbledon Lawn Tennis Championships at the All England Lawn Tennis and Croquet Club on July 6, 2017 in London, England. Getty Images

The 32-year-old Israeli, ranked No. 90 in the world, twice came back from a set down for a second straight match to set up a third-round meeting with world No. 11 Grigor Dimitrov on Saturday. The best achievement of his Grand Slam career came at Wimbledon in 2009, when he reached the round of 16.

Lyrics of a new song by rap artist Jay-Z play into classic anti-Semitic stereotypes, according to the Anti-Defamation League, Rolling Stone reports. On the 4:44 album, lyrics to the song, “The Story of O.J.,” include the words, “You wanna know what’s more important than throwin’ away money at a strip club? Credit/ You ever wonder why Jewish people own all the property in America? This how they did it.” 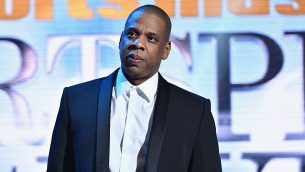 The magazine quotes an ADL representative as saying that while the lyrics are “problematic … we do not believe it was Jay-Z’s intent to promote anti-Semitism. On the contrary, we know that Jay-Z is someone who has used his celebrity in the past to speak out responsibly and forcefully against the evils of racism and anti-Semitism.

“The lyric does seem to play into deep-seated anti-Semitic stereotypes about Jews and money,” the ADL spokesman told Rolling Stone. “The idea that Jews ‘own all the property’ in this country and have used credit to financially get ahead are odious and false. Yet, such notions have lingered in society for decades, and we are concerned that this lyric could feed into preconceived notions about Jews and alleged Jewish ‘control’ of the banks and finance.”

Twelve more people were charged yesterday with illegally obtaining government benefits as part of a crackdown on a charedi community in Lakewood, N.J., JTA reports. The probe has resulted in the arrest of or charges against 26 people to date since the first arrests last week.

Authorities yesterday charged 12 people with third-degree theft by deception for having unlawfully obtained nearly $400,000 worth of public benefits, including Medicaid, food and home energy assistance, and children’s illness relief programs. Unlike those who were charged last week with fraud, the dozen newest defendants were not arrested and instead were instructed to appear in court at a certain date.

The opening ceremony’s hosts called Steinberg to the stage for a “special surprise.” He was then joined by his girlfriend, whom he praised for completing her 1.5-year Jewish conversion process that day. Rachel had just arrived in Israel. Steinberg shared with Rachel how much their four-year relationship had meant to him, anticipation in the crowd building. He then popped the question, and Rachel said “Yes!”

Then the M.C.asked Rachel if she was ready to marry Avi (which, she said, she was) and then told her to close her eyes. When she opened them, she saw a wedding dress and a glam team, who took her and Avi backstage.

Minutes later, after a chuppah had been set up onstage, accompanied by the couple’s rabbi from Canada and bridesmaids, Avi and Rachel returned for their wedding. As the married couple headed backstage, Israeli singer Omer Adam rocked Teddy Stadium with his hit “Mahapecha Shel Simcha,” the crowd dancing along and celebrating their marriage.

The Capital Fringe Festival in Washington tonight will host the premiere of a play about Rabbi Barry Freundel, the former spiritual leader of the city’s Kesher Israel synagogue who was arrested in 2014 and jailed for voyeurism that he had committed at his congregation’s mikveh. 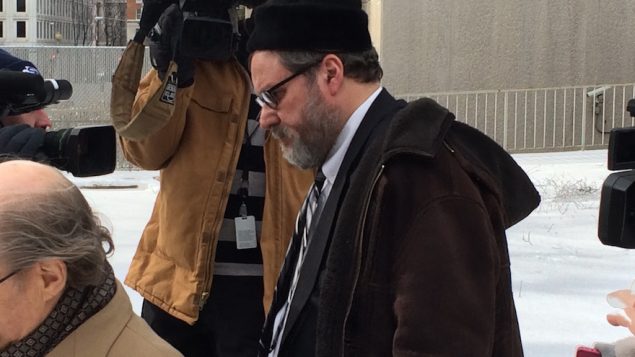 The Washington City Paper reports that the play tells the story of the rabbi, who was accused of making secret video recordings of women from his congregation as they undressed to use the mikveh. In 2015, he pleaded guilty to filming 52 women without their knowledge, though some 100 additional victims were unable to press charges because the statute of limitations had expired. He was sentenced to six-and-a-half years in prison.

The Mennonite Church USA voted yesterday to divest from companies that the church says are profiting from business in territories occupied by Israel, JTA reports. The church, whose claims an adult membership of 79,000, passed the measure at its national convention in Orlando.

At its 2015 convention, the church rejected a similar resolution amid worries it would be considered anti-Semitic. The new measure condemns anti-Jewish sentiments, urges stronger relations with Jews and recommends a probe of the church’s response to the Holocaust.

On Sunday, another Christian group, the United Church of Christ, overwhelmingly approved a resolution condemning Israel for its treatment of Palestinian children living in the West Bank, eastern Jerusalem and Gaza.

Rep. Jacky Rosen (D-Nev.), a freshman member of the House whose only prior elective experience was serving as president of her Reform temple in Las Vegas, said yesterday that she will run for a Senate from that state next year. 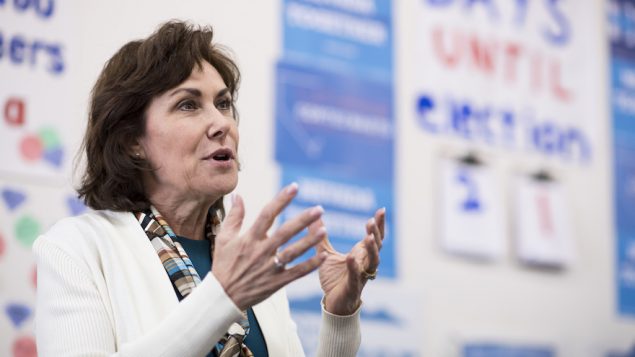 JTA reports that Rosen, 59, a software developer, was talked into running by former Sen. Harry Reid, who believes she is the likeliest challenger to unseat Sen. Dean Heller, a Republican. In making her announcement, Rosen cast her decision in terms of “tikkun olam,” a Talmudic principle meaning “repair the world” which has become commonplace among American Jewish liberals.

“I’ve said this so many times before, my faith tradition teaches me that we’re supposed to leave the world a better place than when we found it,” she said, “and it’s important that if you have the opportunity to stand up and make a difference for things that matter to you and to the people that you love and care about or your community that I should do that,” she said.

The school will be part of Ariel University, on the West Bank, which is home to more than 15,000 students and 300 faculty members. The university already offers a pre-med program and 30 research labs studying a variety of communication disorders, physiotherapy, and nutritional sciences.

The new medical faculty, Israel’s sixth, will be named after Sheldon Adelson, the American billionaire and his Israeli-born wife, Miriam, who donated $5 million to the medical school.