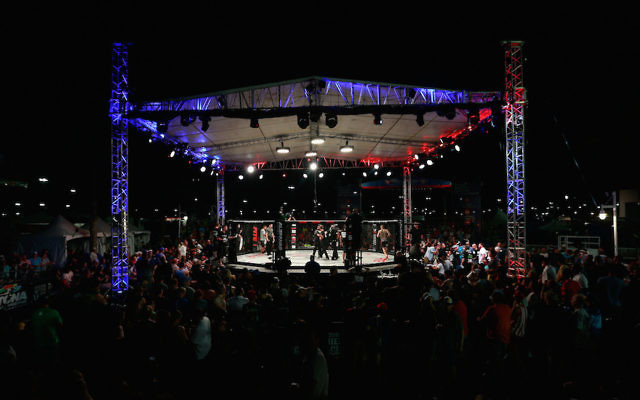 An Orthodox Jewish professional mixed martial arts fighter was shot and killed in his Florida home.

It is not known what they argued about.

Rajman won several MMA titles as an amateur; he turned professional in 2014 and held a 2-2 record at the time of his death. He is believed to be the only Orthodox Jewish MMA fighter, according to reports.

Rabbi Zalman Bukiet, director of the Chabad of West Boca Raton, told local television news station WPTV-Ch. 5: “This was a special young man who had a heart of gold. It’s a tragedy.”

Rajman reportedly studied Torah at the Chabad, and taught children at a local Jewish school, as well as self defense classes for children and Krav Maga techniques to local police.

Knesset member Nahman Shai of the Zionist Union part will today introduce a bill that will approve plans to build a non-Orthodox prayer section at the Western Wall, according to the Times of Israel.  The legislation would counter the government’s recent decision to suspend an agreement with Liberal Jewish movements to establish the pluralistic plaza.

Prime Minister Benjamin Netanyahu has faced harsh criticism over a pair of decisions last week to renege on a January 2016 commitment to significantly upgrade the pluralistic prayer area at the Western Wall, and to advance a controversial bill critics say grants the ultra-Orthodox a monopoly over conversions to Judaism in Israel.

“The government decision to retract the Western Wall agreement is a significant threat to the unity of the Jewish people and to the historic ties between the State of Israel and the Jewish people,” Shai said a statement Tuesday.

Israel’s Labor Party, which has not won an election for Prime Minister since 1999, has a new leader, the Times of Israel reports. At a party convention yesterday, Isaac Herzog received fewer votes than former party leader Amir Peretz and Avi Gabbay, former head of the Kulanu party, who will advance to the second round next week.

Herzog who has served as Labor party leader since 2013, congratulated Gabbay and Peretz and thanked his followers.

Unidentified individuals have hurled a firebomb at a synagogue in Lviv and, in a separate incident, wrote anti-Semitic slogans on another Jewish community building in the western Ukrainian city, JTA reports. The perpetrators may have aimed the firebomb at a window of the synagogue on Mikhovsky Street but missed it, hitting the building facade, said Ada Dianova, director of the Chesed-Arieh Jewish group.

The contents of the firebomb fell to the foot of the building and burned there, resulting in no damage to the interior. No one was hurt in the incident.

The anti-Semitic slogans painted on a former building of the community on Sholem Aleichem Street included the words” “Down with Jewish power” and “Jews, remember July 1,” an apparent reference to a pogrom that took place in Lviv on that date in 1941.

This week’s historic visit to Israel of Indian Prime Minister Narendra Modi has brought new attention to India’s small Jewish community, the Indian-based wionews.com website reports.” Close to the Prime Minister’s official residence in New Delhi, is the symbol of Jewish existence in India– the Judah Hyam Synagogue,” according to the newsite.

“Inside there are only ten Jewish families attempting to safeguard their dwindling community,” wionews reports. “In order to keep the Jewish values alive among the younger generation, Hebrew classes for children are held in the synagogue. The families celebrate all the Jewish festivals together. There is also an interfaith study centre that gives information on the history of Jews in India.”

Previously we have reported on other Jewish communities in India.

Some 100 physicians in Israel will be able to grant licenses to patients who require medical cannabis to obtain it directly from their health fund clinics as of next month, according to the Jerusalem Post.  The Health Ministry will introduce a new system of medical cannabis distribution, to be integrated into the clinics.

Ministry Associate Director-general Itamar Grotto said the number of clerks will be doubled to speed up the bureaucratic process and shorten waiting times.

“I’m not a religious person. But I love to pray to God and celebrate all the holidays,” Omri Casspi says.

The Golden State Warriors, who won the NBA championship last month, will have an Israeli flavor next season. Haaretz reports Omri Casspi, 29, the only Sabra to play in the league, has signed with the defending title holders.

Golden State is Casspi’s sixth NBA team; he will earn a relatively modest $2.1 million a year, minimum for a player of his seniority.