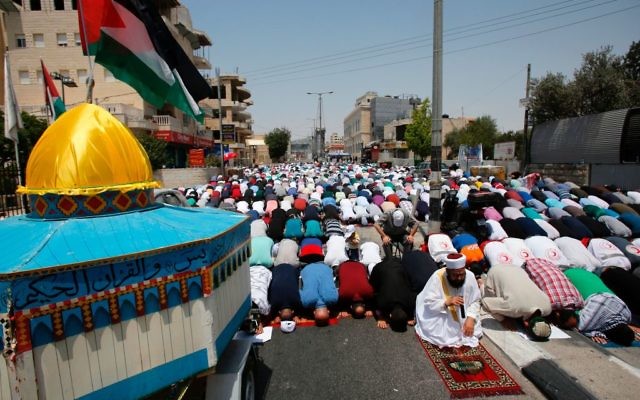 Palestinian Muslims kneel during Friday prayers at the main entrance of the West bank city of Bethlehem on July 21, 2017 in protest against new Israeli security measures implemented at the Temple Mount, in Jerusalem. Israel agreed to remove the metal detectors. Getty Images

Israel’s security cabinet decided yesterday to remove the controversial metal detectors installed at the entrances to the Temple Mount, Haaretz reports. The metal detectors have aroused a wave of protests among Palestinians in Jerusalem and the West Bank, which have echoed across the Arab world.

A senior Israeli official who attended the cabinet meeting said the metal detectors “will be replaced by advanced technological means” that will enable “smart inspection” throughout Jerusalem’s Old City to ensure the security of visitors to the Temple Mount compound.

Israel Police and Border Police will deploy additional forces throughout the Old City to ensure the security of visitors to the compound. The metal detectors were installed after three Israeli Arabs carried out an attack at the compound, shooting dead two border policemen.

Some police officials had criticized the decision to install the detectors as careless and taken without a thorough discussion of the matter.

A related diplomatic crisis was resolved yesterday when Jordan agreed to allow an Israeli Embassy guard who had shot dead a Jordanian teen who tried to stab him at the embassy in Amman to leave Jordan. The security guard’s release and the embassy staff’s evacuation was made possible after a phone call between Prime Minister Benjamin Netanyahu and Jordan’s King Abdullah.

Rabbi Avrohom Hoffman, spiritual leader of Congregation Shaare Hatikvah in Washington Heights, is donating a kidney to a stranger.

The Daily News reports that Rabbi Hoffman, 63, “will be wheeled into surgery” today for the benefit of Berta Ilzarova, a 62-year-old mother of two from Queens who has polycystic kidney disease, an incurable genetic disorder.

Ilzarova, who doesn’t work because of the disease and has been on dialysis for a year, was connected with the rabbi by “kidney matchmaker of sorts” Chaya Lipschutz of Brooklyn, a donor who finds kidneys for people who need them.

An Austrian jury has convicted a Palestinian man on terrorism-related charges for inciting fellow radicals to kill Jews in Jerusalem, ABC News reports. The 27-year old man — unnamed due to Austrian privacy laws — also was found guilty yesterday of belonging to a terrorist organization due to his affiliation with Hamas.

He was sentenced to life in prison.

A six-member jury had heard evidence that the man called on others through social media to kill victims in Jerusalem, and that he had served a nine-year prison sentence in Israel for militant acts against the Jewish state.

Controversy in Netherlands over poster of Jewish-Muslim kiss

A picture of a heterosexual couple kissing has caused a big controversy in the Netherlands.

The poster, part of a campaign celebrating diversity, features the picture of a woman wearing a Muslim headscarf kissing a man wearing a kipa. The poster “has triggered acrimonious debate, charges of racism, acts of vandalism and even threats by those who found it offensive.”

The campaign features four couples locking lips against a background featuring the port city’s iconic Erasmus Bridge: the Jewish-Muslim couple; a Muslim woman kissing a blond man; two women, one in a South Asian dress, and a black man with a woman who appears to be of South Asian descent.

Tunahan Kuzu, a lawmaker in the Dutch parliament for the radical pro-Islam, pro-immigration party Denk, which in the March elections won three seats in the parliament’s lower house, called the campaign “provocative, discriminating and patronizing.”

The owners of 130-year-old Katz’s Delicatessen have found a new way to generate publicity – a “Pass the Pastrami” campaign that challenges restaurants around the country to incorporate pastrami into menu dishes.

The campaign began earlier this month in Boston, the Jerusalem Post reports. 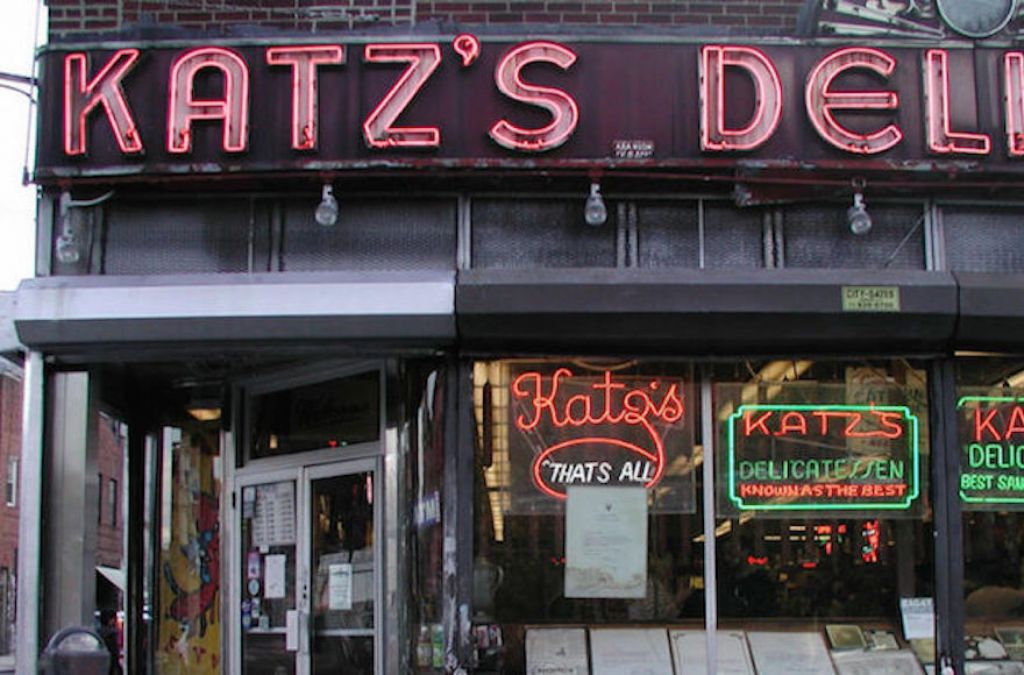 “We sell 15,000 pounds of pastrami every week, making it our most popular meat at the moment,” said Katz’s Deli owner Jake Dell in a press release. “I can’t wait to see what these insanely talented chefs are going to come up with. It’s a fun way for people in different cities to get a taste of what we do here at Katz’s, and to learn some cool new recipes that they can recreate at home through our shipping department.”

A group of Orthodox rabbis in London have called on their members to boycott the city’s JW3 Jewish cultural center because it holds events for LGBT Jews, according to JTA. Signed by seven charedi Orthodox rabbis, the calls on members of their communities to “distance themselves fully from JW3, its activities and services, and avoid using this centre.” 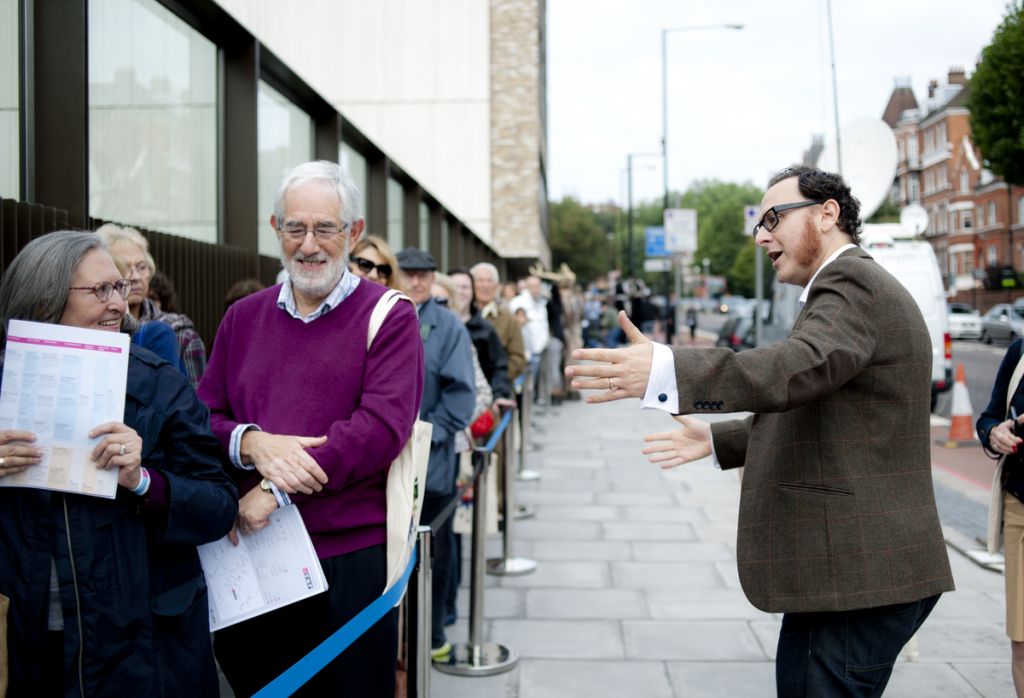 JW3, an American-style Jewish community center that opened in 2013, includes a kindergarten, movie theater, fitness facilities, a kosher restaurant and a library. In early March, the Jewish center held a GayW3 festival to mark 50 years since the decriminalization of homosexuality in Britain. A poster outside the center advertising the event was vandalized with the word “shame” drawn on it, the London-based Jewish Chronicle reported.

“We are of the strong opinion that a red line has been crossed in launching campaigns and initiatives that promote lifestyles and behaviours forbidden and condemned by the Torah,” the letter also said.

The publication of the letter follows a review process set up by the country’s chief rabbi that examined the teachings and statements of Rabbi Joseph Dweck, Britain’s top Sephardi rabbi, after he said at a lecture that societal acceptance of homosexuality is a “fantastic development” because it opens the door to a more loving society.

Jonah Bolden, a second-round pick by the Philadelphia 76ers in the recent NBA draft, will play in Israel for Maccabi Tel Aviv, JTA reports. Bolden, 21, a 6-foot-10 forward, said he had signed a three-year deal, which includes an NBA opt-out clause, with the most prominent basketball team in the Israeli Premier League The deal has an NBA opt-out clause, Fox Sports reported.

The 76ers plans to have Bolden, the 36th pick overall in last month’s draft, play overseas for a year and then bring him back to the United States to play when there is room on their roster.

Bolden, who played for FMP Belgrade of Serbia in the Adriatic League this past year, played in college for UCLA from 2014 to 2016. 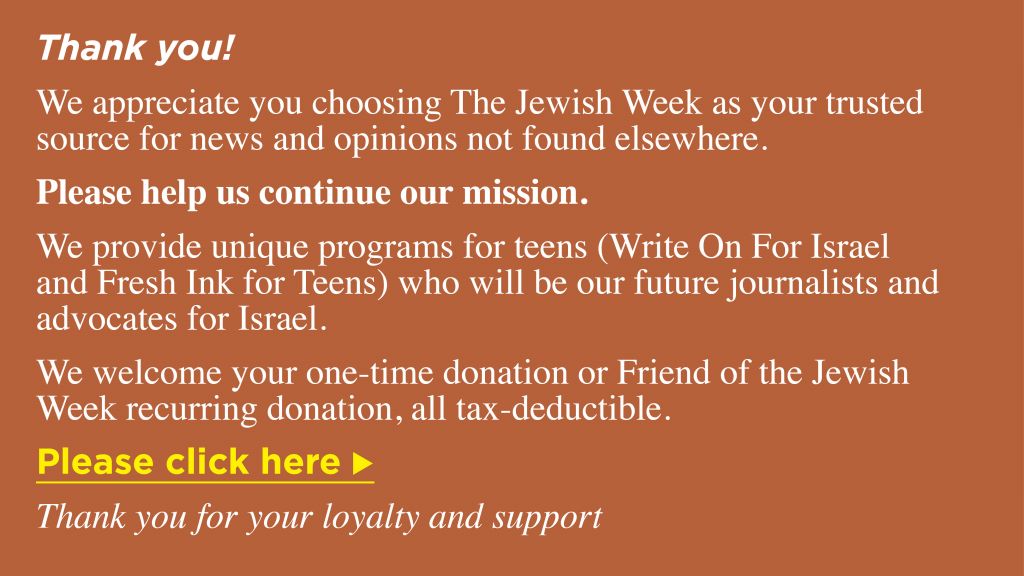