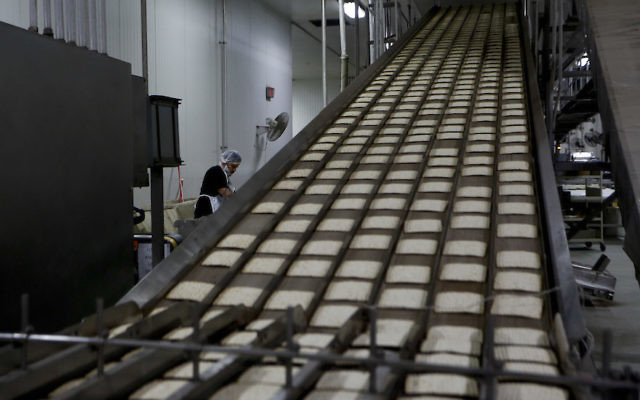 Hot matzah traveling down a cooling belt at the Manischewitz facility in Newark.The Manischewitz Company has announced that it will close its plant in Newark, cutting the jobs of 169 workers. JTA

The Manischewitz Company has announced that it will close its plant in Newark, cutting the jobs of 169 workers. The kosher food manufacturer’s announcement came in the form of a Worker Adjustment and Retraining Notification, or WARN notice, that it would be cutting the jobs.

The company’s executives will remain at the current offices in Newark, where they moved in 2006 following a consolidation effort. At the time, Newark Mayor Cory Booker said the company’s presence in his city “makes me the proudest mayor in America. It gives me great nachas.” More on the story here.

Palestinian driver rams car into group of soldiers near Hebron

A Palestinian attempted to drive his car into a group of soldiers stationed at the entrance to the West Bank village of Beit Anoun near Hebron.

Two soldiers were injured in the attack and taken by Magen David Adom to a Jerusalem hospital for treatment. The driver was shot and killed by soldiers on the scene.

The Palestinian Maan news agency quoted a witness as saying there were two people riding in the car with Palestinian license plates. He also alleged that the soldiers denied a Palestinian Red Crescent ambulance access to the wounded Palestinian driver.

Protesters rioted in East Jerusalem neighborhoods overnight Tuesday against new security measures at the Temple Mount, throwing stones and petrol bombs at police and shooting fireworks at Israeli forces, the Times of Israel reports. At least 50 Palestinians and one officer were reported hurt. 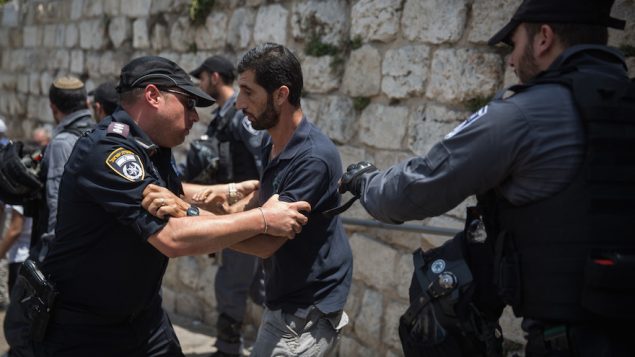 Israeli Police trying to clear Muslim worshippers from the area of the Lion’s Gate, after they performed their noon prayers, outside the Temple Mount, in Jerusalem’s Old City, July 17, 2017. JTA

The disturbances come after Palestinian Authority President Mahmoud Abbas’s Fatah party on Monday called for a “Day of Rage” in protest against new measures, including metal detectors installed following a deadly terror attack at the end of last week.

Jerusalem police commissioner Yoram Halevi said the city was tense but quiet on Tuesday morning after what he described as a difficult night of protests, with youths throwing stones at officers and setting dumpsters on fire. 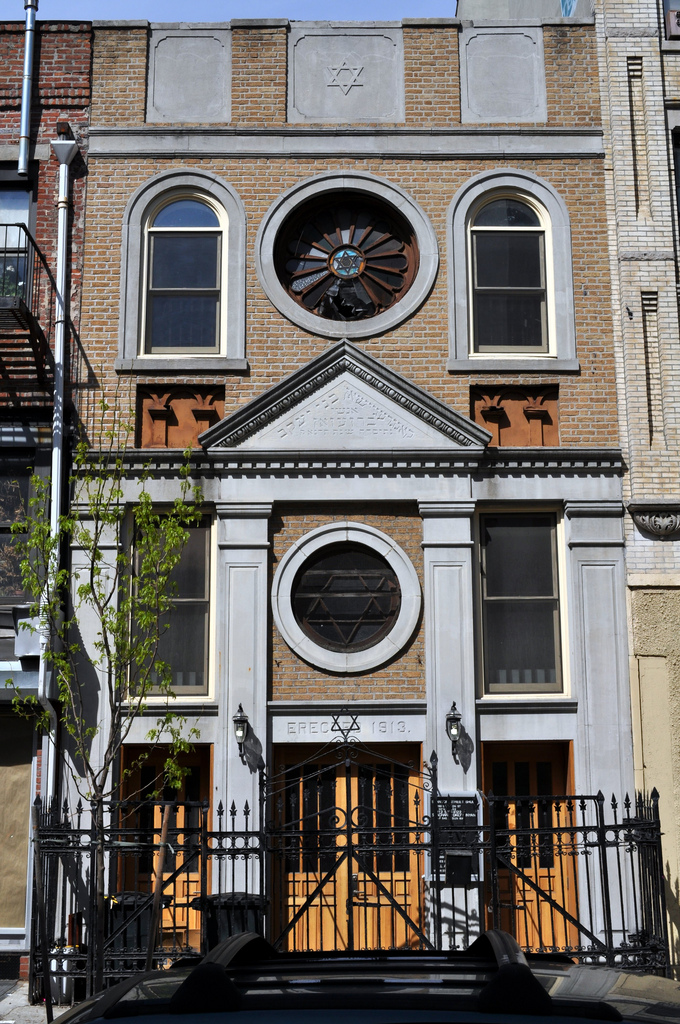 Repairs have began at the Stanton Street Shul, part of a larger plan to protect one of the last remaining active synagogues on the Lower East Side, a report on thelodownny.com says. Work on the Modern Orthodox congregation includes masonry repair and waterproofing. Crews are re-coating the roof, repairing brickwork in the back of the 103-year-old building and working on the interior of the rear wall.

The renovation project is being paid for with several grants from the New York Landmarks Conservancy, as well as from private donations. The synagogue received a $30,000 challenge grant from the conservancy’s Jewish Heritage Fund. The project is expected to extend through the summer and will be completed before the High Holidays in September.

A top official of the United Arab Emirates has accused broadcast giant Al-Jazeera of anti-Semitism, discrimination and inciting religious hate, in a rebuttal to UN accusations of attacking freedom of expression, the Times of Israel reports

The United Arab Emirates’ state minister for foreign affairs, Anwar Gargash, wrote in a letter to the UN that Al-Jazeera had “promoted anti-Semitic violence by broadcasting sermons by the spiritual leader of the Muslim Brotherhood, Yusuf al-Qaradawi.”

Qaradawi, Gargash added, had “praised Hitler, described the Holocaust as ‘divine punishment,’ and called on Allah to ‘take this oppressive, Jewish, Zionist band of people… and kill them, down to the very last one.’”

A shooting range in Israel has come under fire for offering tourists the chance to pretend they’re security services shutting down terror attacks – using targets mocked up to look like Palestinians, England’s Independent newspaper reports.

Caliber 3, which is based in the West Bank and run by a former member of the Israeli Army, which calls itself “the premier academy for counter terror and security,” offers six programs for tourists.

Its “Ultimate Shooting Adventure” has raised eyebrows for its use of “real guns and simulated terror attacks – with targets dressed up in Palestinian keffiyehs,” according to the paper.

A spokesperson for the business said targets are made to look as real as possible, replicating generic street scenes.

Can an Orthodox boss stop a Jewish worker from working on Shabbat?

A Jewish hairdresser in Montreal who was not allowed to work on Saturdays and was eventually fired has won a discrimination case against his former employer, Canada’s National Post reports. A Quebec judge has ordered Iris Gressy, who is also Jewish, to pay Richard Zilberg $12,500.

Gressy said the decision to forbid a fellow Jew from working on Shabbat violates his right to freedom of conscience and religion. Zilberg, 54, was hired at the Spa Orazen salon in October 2011 and worked six days a week, including Saturday. Court documents state that Gressy told Zilberg in July 2012 he would no longer come in on Saturdays, in accordance with her new policy of not allowing her Jewish employees to work that day

Gressy fired Zilberg the following month after she learned he had told a client of the salon that his employer had prohibited him from coming in on Saturdays because of his faith.

The small German city of Themar became home over the weekend to a large neo-Nazi rock concert called “Rock Against Foreign Domination,” the Jerusalem Post reports. Several thousand fans showed up at the eastern city, the population of which swelled from 3,000 to nearly 6,000.
Concert attendees donned T-shirts emblazoned with slogans like “I Love Hitler” and “Hakenkreuz,” the German term for swastika. While it is legal to write the word for the infamous symbol, it is illegal to show, wear, or otherwise publicly present Nazi symbols.