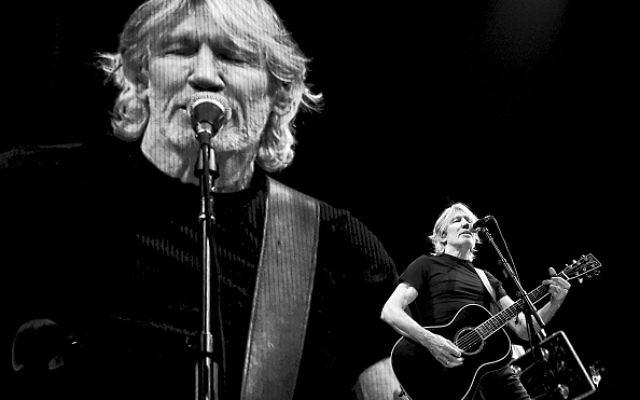 Former Pink Floyd bassist and songwriter Roger Waters is set to have two concerts at Nassau Coliseum in the fall, but a prominent rabbi wants to stop the music.

CBS News reports that Rabbi Anchelle Perl, director of Chabad Mineola, said the concert should be cancelled because of the musician’s outspoken support for the anti-Israel Boycott, Divestment and Sanctions (BDS) movement.

“What would be great is if the individual himself was to come out in a very open way and say that he made a mistake about this whole thing. It would go a long way to bring us together,” Rabbi Perl said. Nassau County Attorney Carnell Foskey agrees, threatening to take legal action because the county has a law that bans companies that support the BDS movement from doing business with the county.

Alan Gross, who was released from Cuban prison three years ago after five years of imprisonment for his work connecting Cuba’s Jewish community to the internet, has settled in Israel, the Jerusalem Post reports. Gross, 68, and his wife, Judy, are living in Tel Aviv.

“It came through on May 3, which is Golda Meir’s birthday, and a day after my birthday, which is also Herzl’s birthday,” Gross said. “It was long overdue. I’d been going there for more than 40 years, and I’d worked in Israel and around the region.” Alan Gross takes a selfie with his wife, Judy Gross, onboard a government plane headed back to the U.S., December 17, 2014. In a prisoner exchange, U.S. contractor Alan Gross was freed after being held in Cuba since 2009. Getty Images

When he was arrested in 2009, Gross, then of Potomac, Maryland, was working as a subcontractor for the U.S. Agency for International Development setting up internet access for Cuban Jews. He was released in December 2014 as part of a broader exchange in which three Cubans convicted of spying were released from American prisons.

Imams from France and other countries gathered yesterday, as part of a Muslim march against terror, at the Toulouse Jewish school where an al-Qaeda linked jihadist murdered three children and a teacher in March 2012, the Times of Israel reports.

The march, which plans to visit other sites of terror attacks in France, was organized by Hassen Chalghoumi, the imam of Drancy in Paris, and the French Jewish writer Marek Halter. It included some 30 French, German and Tunisian imams.

In the courtyard of the school, the imams prayed in front of a memorial to the victims and displayed a banner reading “Muslims march against terrorism” in Arabic, German, French and English.

A detective sergeant from England is to be honored there today for saving the life of a Jewish resident of Jerusalem during a church tour of the Jewish state last year.

London’s Jewish News reports that Richard Burgess said he “didn’t think about” the risk he was taking when he and a group of friends walked out of a Jerusalem cemetery and heard a woman screaming “Please help.”

“I saw three Arab-looking males assaulting a Jewish man wearing a kippah. I saw him being dragged and assaulted, and some sort of noxious substance appeared to have been sprayed at his face, because his eyes were streaming,” Burgess said.

The “burly police officer” ran down the alley and stopped the assault. “I curled my arm around one of the men — who was hitting the Jewish man with a belt which he was using as a knuckleduster — and put him in a headlock. With my other arm I pulled at the Jewish man’s clothing and literally threw him up the alley, shouting ‘go, go’ — he soon got the message.”

This week's @JewishNewsUK on a cop who's up for #PoliceBravery award for saving Israeli on holiday + #KenLoach gives #Radiohead the creeps pic.twitter.com/27ZONuKTHa

Israel is trying to persuade Saudi Arabia to allow it to send special Hajj pilgrimage flights to Mecca, building on Trump administration efforts to strengthen cooperation between the two nations, according to Bloomberg News.

Instead of enduring the 1,000-mile bus route across the Jordan River and through the Saudi desert to reach Islam’s most sacred shrine, Israel hopes its Muslim citizens will be able to fly directly into the kingdom from Ben-Gurion Airport, Bloomberg reports.

Saudi Arabia, the world’s biggest oil exporter, has dangled the prospect of air traffic and other commercial ties between the two countries since proposing its Arab Peace Initiative in 2002. Facilitating the pilgrimage to Mecca is one of several proposed sweeteners aimed at inducing Israel to make negotiating concessions to the Palestinians.

About 6,000 Israeli Arabs make the hajj journey every year, most on group bus tours, though a few hundred are allowed to fly to Saudi Arabia from Jordan’s Queen Alia International Airport.

Anthony Housefather, a Liberal member of Canada’s Parliament, is “hoping once again to bring home a suitcase full of shiny souvenirs from the Maccabiah Games in Israel,” the Canadian Jewish News report. The 46-year-old politician, who four years ago, as mayor of Côte-St-Luc, in Quebec., won seven medals in Masters swimming, is registered in ten swimming events in this year’s Jewish Olympics.

“Of course I hope (to match it), but that would be pretty difficult, even though I am swimming faster this year than I was four years ago. I will do my best,” he said.