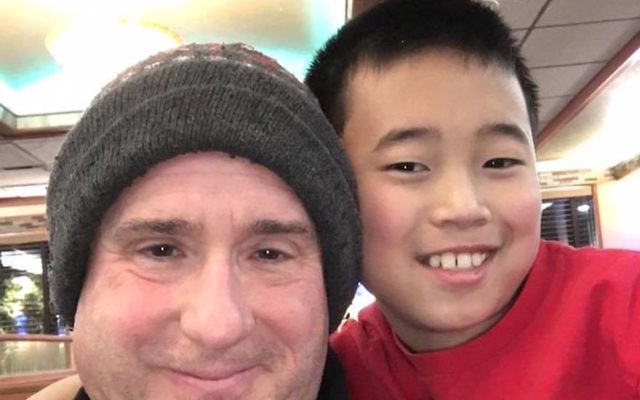 An 11-year-old boy attending a Jewish summer camp in Pennsylvania died Monday after being hospitalized for what camp staff described as “gastrointestinal symptoms,” according to the New Jersey Jewish News. Daniel Beer of Norwood, N.J.,was a camper at Camp Nah-Jee-Wah, part of New Jersey Y Camps. in Milford.

“There are no words to describe the sudden loss of a young life, and everyone in the New Jersey Y Camps community is grieving the passing of Daniel Beer,” camp administrators said in a prepared statement, adding, “Our thoughts and prayers are with Daniel and his family.” The camp brought in grief counselors for campers and staff.

State police are investigating the boy’s death. “There is nothing suspicious at this point but we treat every death with concern, especially that of an 11-year-old boy, and work backward to rule everything out,” Mark Keyes, a public information officer for the Pennsylvania State Police, said.

A public opinion poll in Israel finds that the Labor Party has experienced a jump in popularity following the selection of political newcomer Avi Gabbay as party leader in a primary this week.

According to a Channel 10 poll, if elections were to take place today, Likud would win with 29 seats, and the Zionist Union (which includes the Labor Party) would receive 24.

A Channel 2 poll that asked who is most suited to be prime minister, found that 34 percent favored Netanyahu, followed by Gabbay with 13 percent.

The elimination of Arabic as an official language in Israel is being proposed in a draft of a bill recently approved by the Knesset’s Ministerial Committee on Legislation, the Jerusalem Post reports. If passed, it would constitute “another nakba [catastrophe]” for Arabs, Knesset member Yousef Jabareen (Joint List) said. “It will be another nakba, the nakba of our language.’ 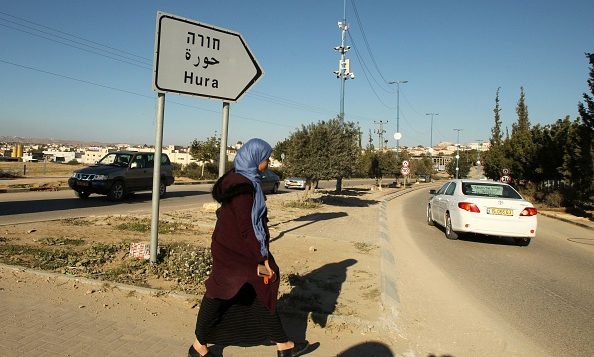 A picture taken on February 4, 2016 at the main entrance of the southern Bedouin village of Hura, in the Negev, shows a road sign with the official languages of Israel. Getty Images

Since the state’s inception in 1948, Arabic has held official language status “although in practice it is not treated equally to Hebrew or even English, which is not an official language,” said Yonatan Mendel, director of the Center for Jewish-Arab relations at the Van Leer Institute in Jerusalem.

Israel’s Prisons Service and the Public Security Ministry last week inaugurated a “retirement home” for some of the hundreds of dogs that are employed in the Prisons Service, Police, and other security bodies — acting as guards and sniffing for drugs, among other duties – the Jerusalem Post reports.

Because of the nature of the animals’ security training, they are considered dangerous, often making adoption unlikely. The “retirement home was established for some of them at the Damon Prison in northern Israel. Currently the Damon facility houses 40 dogs, but it can hold up to 100.

The “hand of God” reached down Monday to a Brooklyn yeshiva, where a worker miraculously escaped being crushed to death by a massive safe meant to hold sacred Torahs, witnesses told the New York Post.

The unidentified man had just finished installing a heavy vault at the Rabbinical College Yeshiva of Machzikai Hadas in Borough Park — where a rash of thefts had recently hit the area — when it suddenly tipped over. He narrowly avoided “being flattened like a matzo” when he scooted into a gap left by the 2,500-pound safe’s hatch and wound up sitting unharmed inside, police sources and witnesses said.

“He came out with no scratches at all. That’s a massive miracle,” one witness said.

Firefighters used special tools to prop up the safe, allowing the man to slide out from under it as onlookers snapped photos and cheered.

Holocaust survivors suffer an elevated risk of cancer, especially lung and colorectal malignancies, according to a newly released study, the Jerusalem Post reports. Israeli researchers examined the medical records of more than 152,000 survivors over more than 45 years and compared those who qualified for compensation as a result of their persecution during the war to those whose compensation bids were rejected.

“This study brings to light again that outside forces can cause cancer,” said cancer epidemiologist Electra Paskett of The Ohio State University in Columbus. “Stress really does get under your skin to cause disease.”

Saudi Arabia has blocked access to a popular Israeli Arab website after it posted articles about alleged Saudi plans to normalize relations with Israel and cited reports from the Hebrew press that Israeli officials were pleased with King Salman’s designation of his son, Mohammed Bin Salman, as crown prince, the Jerusalem Post reports.

The Arab48 website, whose coverage is sympathetic to the hard-line anti-Zionist Balad party and sharply criticizes Israeli policies, was blocked in Saudi Arabia beginning July 6, four days after it published an article titled “Israel is betting on Saudi Arabia for normalization with the Arab world.”