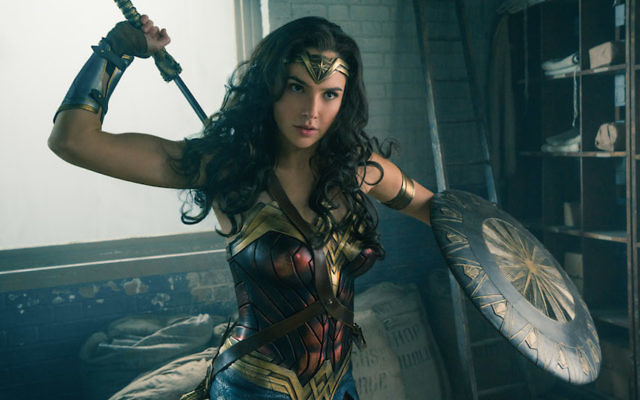 ‘Zionist’ Wonder Woman may be banned in Tunisia

After being banned in Lebanon, and possibly in Jordan, the hit “Wonder Woman” movie “may be on the chopping block in Tunisia as well,” where a lawsuit seeks to ban the film because of Israeli actress Gal Gadot’s starring role, Israeli media reports.

The Tunisian Assocation of Young Lawyers has filed a lawsuit in which it calls Gadot a “champion Zionist.” Courts said the theatrical release, which was slated for today, would be postponed while the lawsuit was considered.

Kapores (a ritual practiced by Orthodox Jews that involves swinging and then slaughtering chickens during the High Holyday season) can continue on public streets despite the ruffled feathers of animal rights advocates and Brooklyn residents, an appeals court has ruled.

The Daily News reports that the 3-2 ruling by the Appellate Division First Department in Manhattan upholds a lower court decision that declined to block the pre-Yom Kippur slaughter.

The Alliance to End Chickens as Kaporos and 19 Brooklyn residents who live near the ritual’s site sued in 2015, seeking to compel the NYPD and city Health Department to enforce animal cruelty and sanitation laws.

Lower East Side shul at center of lawsuit

A lawsuit filed last month is “only the latest sign of an epic power struggle within the Home of the Sages of Israel, a tiny Lower East Side synagogue,” bedfordandbowery.com reports.

The congregation’s “nondescript and rundown building” on Bialystoker Place has become the subject of a “ferocious real estate battle between different factions, each claiming to be the synagogue’s lawful representative.”

In the recent suit, the latest in a series, members of the Orthodox Jewish synagogue’s small congregation allege that Rabbi Samuel Aschkenazi, “who despite his title, is not the rabbi for Home of the Sages,” is attempting to sell the property out from under them” to real estate developer Peter Fine.

The plaintiffs allege that in 2014 Aschkenazi agreed to sell the synagogue property to Fine without consulting the members of the congregation, who are mainly elderly Lower East Side residents.

According to the suit, Aschkenazi, the now-disputed president of Home of the Sages does not have legal standing to sell the property.

Israel has promised Russia not to allow same-sex couples to adopt Russian children, Haaretz reports. Russia is the main destination for Israelis seeking international adoption, but the country doesn’t recognize same-sex couples and prohibits them from adopting.

In recent years, representatives of the Labor, Social Affairs and Social Services Ministry have signed letters that were submitted to Russian courts, promising to respect Russia’s ban on adoption by same-sex couples. According to data from the social affairs ministry, Russia was the only country from which Israelis adopted children — a total of 34 — in 2015.

The drop in the number of foreign adoptions has stemmed in part from Russian restrictions on adoption by same-sex couples or single people, which went into effect in 2014.

Plans to begin work on the first Israeli West Bank settlement in 25 years yesterday cleared the final planning hurdle Wednesday, along with a program to build 2,000 housing units throughout the West Bank, ynetnews.com reports. The green light came following the intervention of Attorney General Avichai Mandelblit. 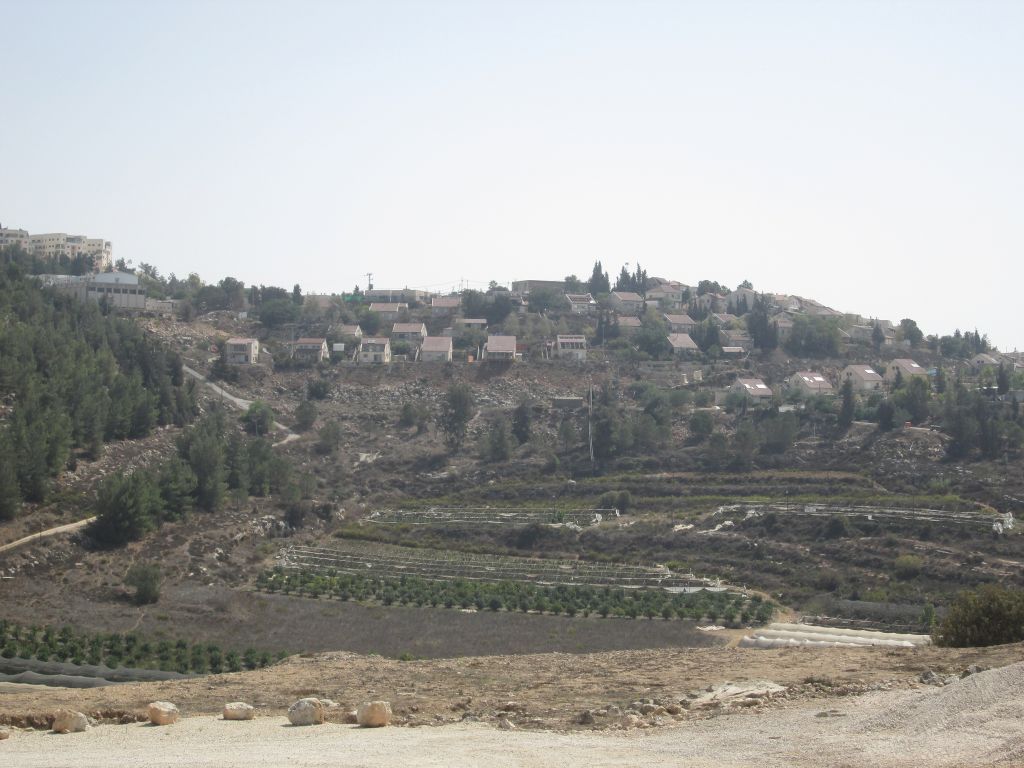 A view of Shilo, a West Bank settlement with more than 3,500 residents.

The plans, approved by the Civil Administration’s High Planning Committee, include 102 housing units for Amichai, which will be located near the settlements of Shiloh and Eli, north of Ramallah. Amichai is a new settlement to be built for residents of the illegal Amona outpost, which was evacuated in February in line with court orders because it was built on private Palestinian land.

It will be the first settlement to be constructed since the Israeli-Palestinian Oslo peace accords signed in the 1990’s.

A founder of J Street and a scion of a famed Wisconsin political family is running for Congress as a Democrat in a district seen as solidly Republican, JTA reports. Dan Kohl in announcing his candidacy yesterday emphasized his role in helping to start J Street, the liberal Jewish Middle East lobby.

“Seeking to reground American foreign policy in the wake of the Iraq War, Dan joined J Street as Vice President of Political Affairs in 2009, and oversaw the development of the nation’s largest pro-Israel political action committee,” said the note on his biography page.

Kohl is a lawyer who has worked as an executive on the Milwaukee Bucks, the team his uncle Herb Kohl bought in 1985 to keep it from moving out of the city. The elder Kohl, who was a U.S. Senator from 1989 to 2013 and an heir to the Kohl’s department store chain, sold the team in 2014.

Police in England are treating two recent arson attacks on kosher restaurants within the past five days as “anti-Semitic hate crimes,” according to the London Jewish Chronicle. The JS and Taam restaurants in Prestwich, north Manchester, were targeted—Manchester Police said “initial enquiries suggest the attacks are linked”.

No one was hurt in either of the attacks. Both restaurants were closed at the time.