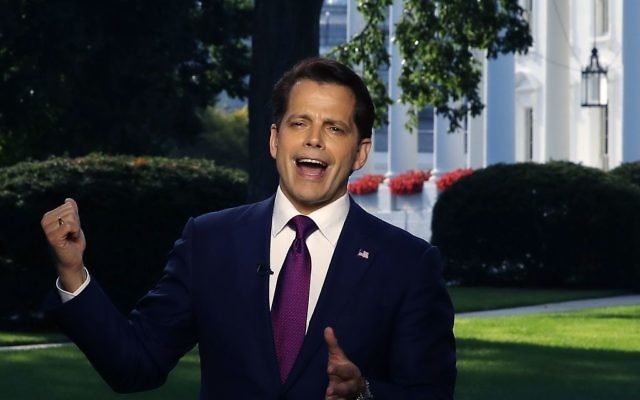 For a small group of Jewish, right-wing activists “who care deeply about issues related to Israel,”yesterday’s firing of Anthony Scaramucci as White House communications director was a disappointment, Israeli media reports.

“We lost a very strong friend and supporter of Israel,” said Mort Klein, president of the Zionist Organization of America. “He loves Israel and wants to do what is best for Israel, as long as its’ also the best thing for America.” And Arthur Schwartz, a New York-based public relations consultant, who cooperates with the ZOA also defended Scaramucci as a close friend of Israel.

Hundreds of Jews visited the Temple Mount in the Old City of Jerusalem today for the Tisha b’Av commemoration, braving a heat wave, the Times of Israel reports. They were required to leave their identity cards with police before passing through metal detectors at the Mughrabi Gate, the only entrance to the compound open to non-Muslims.

Police said six people were ejected from the Temple Mount for violating the site’s rules for non-Muslim visitors, while four people were arrested after a scuffle broke out between three Jews and a Muslim man as one of the groups was leaving the compound through the Chain Gate. 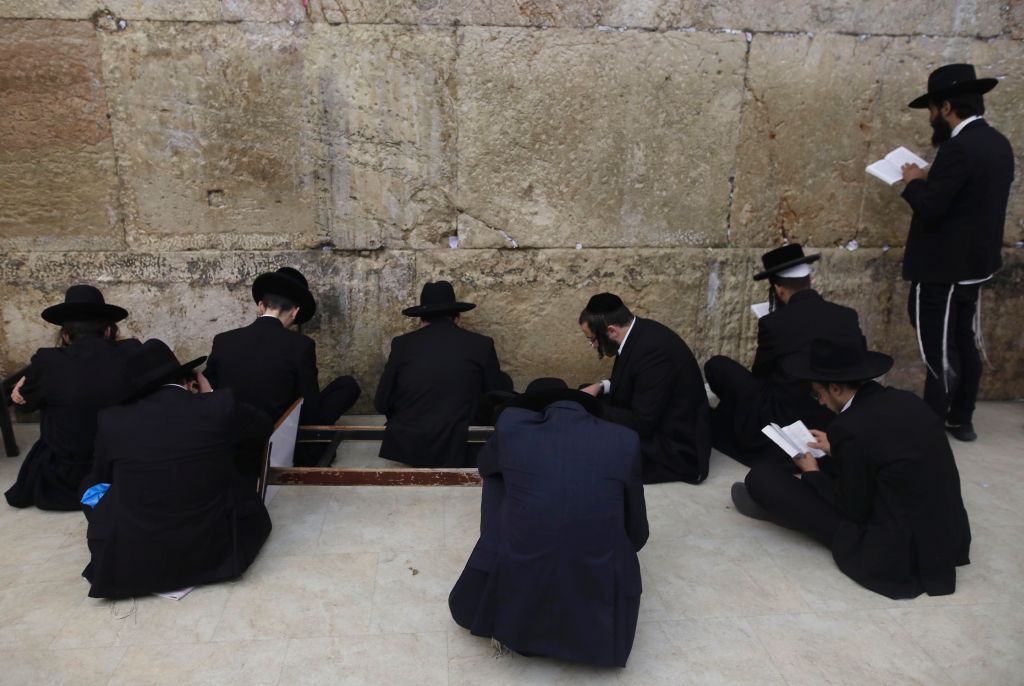 A camp affiliated with the Conservative movement has apologized after flying a Palestinian flag “as a sign of friendship and acceptance” to visiting Palestinian Muslim and Christian students. Camp Solomon Schechter in Washington state last week hosted members of Kids 4 Peace, a group that includes Christian and Muslim Palestinian children.

“For the sake of a teachable moment, we did raise the Palestinian flag as a sign of friendship and acceptance,” the camp wrote this week in an open letter. “It was met with uncertainty by some campers and staff, especially the Israeli’s [sic], but all understood that the message of hope for peace by flying the Israeli flag alongside helped develop empathy.” The camp indicated that the Kids 4 Peace group requested the raising of a Palestinian flag alongside the U.S., Canadian and Israeli flags that are raised daily. 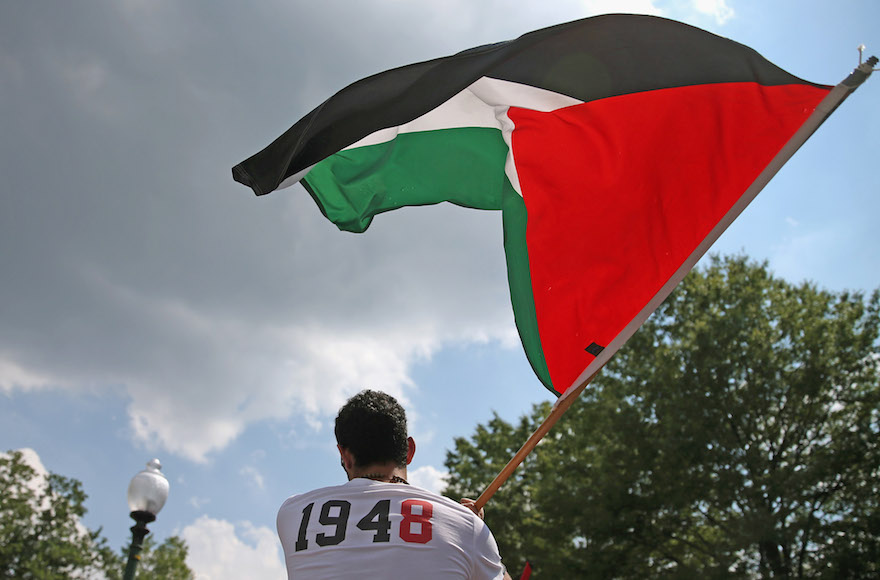 A man waving a Palestinian flag in front of the Israeli Embassy in Washington, D.C., July 11, 2014. (Mark Wilson/Getty Images)

North Carolina Gov. Roy Cooper signed into law legislation that would bar the state from doing business with companies that boycott Israel.

According to reports, the bill requires divestment from, and prohibits state agencies from contracting with, companies that boycott Israel. “This bill makes it clear that the State of North Carolina stands with Israel, which has long been an important trading partner of North Carolina,” said Carin Savel, CEO of the Jewish Federation of Raleigh-Cary.

An Austrian court has found a man who claimed that the mass killings of Jews in gas chambers during the Holocaust was a story made up by Jews guilty of violating the country’s anti-Nazi laws and sentenced him to a suspended 12-month prison term, ABC News reports.

The 34-year-old man said Jews made up the story to make Hitler look bad should he have won the war. He was not being identified,  in keeping with Austrian privacy laws.

Austria has sentenced a Hamas operative to life in prison for enlisting Palestinians in the West Bank to carry out terror attacks against Israeli targets, the Times of Israel reports. The Palestinian man, whose name is being held under a gag order in Austria, was sentenced last week, Israel’s Justice Ministry said in a statement.

The man reportedly contacted two residents of the West Bank over the internet and enlisted them to carry out grenade attacks in Jerusalem and to assemble additional cell members. The planned attacks were never carried out.