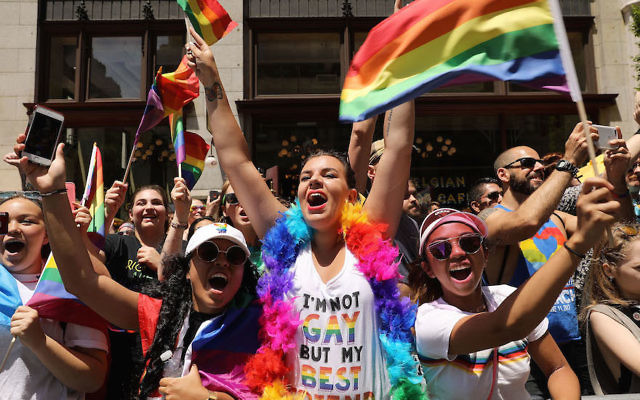 People cheer for marchers walking down 5th Ave. in the annual New York Gay Pride Parade, one of the oldest and largest in the world on June 25, 2017 in New York City. Getty Images

Organizers of North Carolina’s gay pride parade and festival have altered the event’s schedule in order to accommodate the Jewish community, JTA reports.

The event, traditionally held on the last Saturday of September, which this year coincides with Yom Kippur, has been delayed to the late afternoon and the march has been cancelled. Instead, a street fair will be held in Durham and Raleigh.

Jewish Federation of Durham-Chapel Hill CEO Jill Madsen said that her agency is still planning to hold an alternative event planned for the LGBT Jewish community on Oct. 7, which falls during Sukkot, but is “more manageable for the Jewish community,” according to JTA.

JTA – Camp Ramah in the Rockies relocated to the nearby JCC Ranch Camp, after its facilities were evacuated following a fire that destroyed the building housing the camp kitchen, dining hall and administrative offices.

The entire camp moved to its new home in the JCC Ranch Camp in Elbert, Colorado, whose summer season has already ended, on Tuesday, after spending a day in Denver, where the 130 campers as well as staff were hosted after leaving their fire-stricken facilities.

No one was hurt in the blaze at the Colorado Jewish camp, which started at 2 a.m. Monday and also spread to some nearby trees.

“Yesterday’s events could not destroy the ruach (spirit) of our amazing community, and a huge, impromptu Israeli dance party broke out following dinner. To witness the resilience and positivity of the campers, staff, and Hebrew Educational Alliance volunteers has been truly inspiring. People opened their homes, donated their time, and sent their prayers and blessings from all over the world,” the camp wrote in an update on its website Tuesday.

North Fork Fire Rescue has released photographs of the aftermath of yesterday's fire.

Posted by Ramah in the Rockies on Tuesday, 8 August 2017

A Jewish couple from Great Neck, the late Howard and Lottie Marcus, have posthumously donated a record $400 million to the Ben-Gurion University of the Negev, the Great Neck Record reports.

Mr. Marcus, who died in 2014 at 104, and his wife, who died in 2015 at 99, had no direct connection with the Israeli school, but were introduced to it through the Los Angeles office of the American Associates Ben-Gurion University of the Negev when they settled in the California city after retiring.

In a rare public gathering against pedophilia in the Orthodox community, a group of charedi rabbis and activists have participated in an assembly in Bnei Brak, a largely charedi community near Tel Aviv.

According to Haaretz, the was convened following a wave of rumors about a “missionary cult” that was snatching children, sexually assaulting them, inciting them against their parents and even threatening to murder them. Dozens of children had complained in recent months about strangers who approached them, grabbed them and sexually assaulted them. While the panic was apparently unjustified, there had been cases of children being assaulted by pedophiles acting alone and not as part of any network or cult, according to the paper.

France’s President Emmanuel Macron yesterday condemned the desecration of a memorial in eastern France, to the Jewish children who were deported to Nazi camps in 1944, according to Haaretz. He called the vandalism “shameful and cowardly act that won’t remain unpunished.” 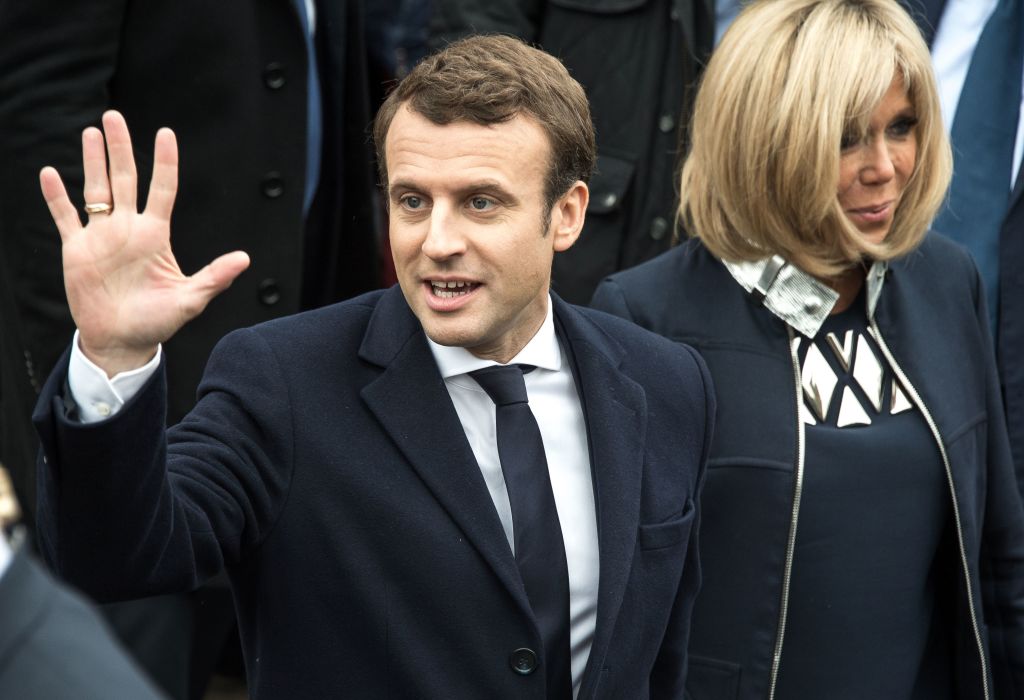 The plaque bearing the names of the victims – 44 children and 7 adults – was broken and removed from its base in a public garden in the city of Lyon.

On April 6, 1944, the Lyon Gestapo, headed by Klaus Barbie, searched the Children’s Home of Izieu and arrested the children and their teachers. Most of them died in gas chambers at Auschwitz. Barbie was convicted in 1987 of crimes against humanity and later died in a French prison.

Two Chinese tourists were arrested in Germany for making the Heil Hitler salute, JTA reports. The men, ages 36 and 49, made the salute in front of the Reichstag parliament building, taking photos of each other.
The men, arrested for “using symbols of illegal organizations,” were released after each posted bail of 500 euros, or nearly $600.
It is illegal to use symbols of Nazism in Germany.

In a first for an Israeli news station, the i24 cable news channel has been nominated for an International Emmy Award in the News category, the Jerusalem Post reports. The station, founded in 2013 by French-Israeli billionaire Patrick Drahi, was nominated for its French-language coverage of the Republican National Convention in Cleveland.

The channel carries programming based in Israel in French, English and Arabic. It has been available online and on TV in Europe and the U.S., but a law that passed in May would allow it to also be broadcast in Israel.