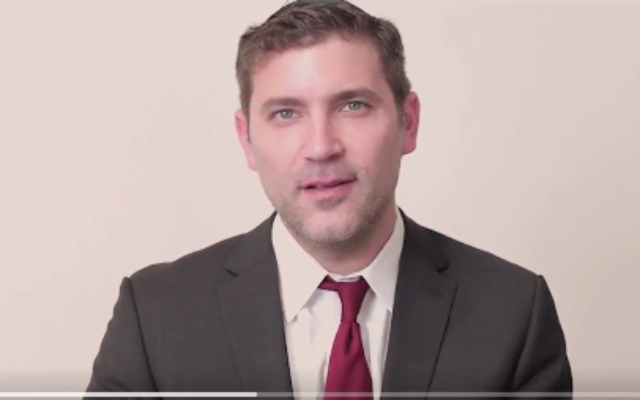 Yoni Hikind, 36-year-son of veteran state Assemblyman Dov Hikind, plans to run for the City Council seat of David Greenfield, who is stepping down, the Daily News reports. Hikind said he will begin collecting petitions today, to run as an independent candidate, on his own line called “Our Neighborhood.”

Greenfield announced last month he not would run for re-election and would become the CEO of the Metropolitan Council on Jewish Poverty, clearing the way for Kalman Yeger, a political ally, to take his spot on the Democratic ballot. Yeger was appointed by a committee to fill vacancies controlled by Greenfield.

Hikind, of Midwood, who has his master’s in social work and has worked as a counselor, said he sees elected office a way to “help people on a larger scale.”

RETWEET: My personal message from me to you, look forward to doing amazing things together. #YouMatter pic.twitter.com/RvfRjWUQFr

Ashley Blaker, an Orthodox stand-up comic in England who recently finished a nationwide “Meshuga Frum” comedy tour, is working on a BBC radio show he’ll call a “Goyish Guide to Judaism,” the Jerusalem Post reports. Blaker, who performs “in a black suit and white shirt, with tzitzit swinging,” will introduce some of the intricacies of Jewish life to a largely non-Jewish audience.

His performances include riffs on how to avoid shaking hands with women, and why every Jewish eatery and event now offers sushi, and Orthodox driving styles. “Nothing will mark you out as a ba’al teshuva [someone who became religious later in life] more than being a decent driver,” he tells the Post. “Blaker also makes fun of newspapers that ban images of women, or how haredi (ultra-Orthodox) men put plastic bags on their black hats in the rain.”

A group of convicts in Albuquerque are learning how to build kosher caskets as part of their rehabilitation, the Albuquerque Journal reports. In the wood shop of the Fathers Building Futures program members of the city’s Jewish community are teaching the carpentry skills to help the men “reconstruct their own lives while building something reverential,” according to the paper.

The men, all of them fathers, learn that in a traditional Jewish funeral bodies are not embalmed and the bottom of the casket has openings or intentionally drilled holes so contact with the bare soil in a grave hastens decomposition, said Rabbi Min Kantrowitz. “This is one way for them to rebalance, heal and repair from their past lives.”

Fathers Building Futures is a nonprofit economic development initiative for men who have been released from incarceration.

Police yesterday identified the body of a young singer from a Jewish family in the Clinton Hills section of Brooklyn who reportedly jumped off the George Washington Bridge last week, according to the New York Post. The corpse of Lael Feldman, who had struggled with depression, was discovered on Monday floating near the rocks in Spuyten Duyvil Creek, off the northern tip of Inwood. Identifying marks on her body included a Chai tattoo on her back.

A columnist for the Irish edition of the Sunday Times of London who was fired for a column this week that was widely condemned as anti-Semitic and sexist has apologized, Haaretz reports. The columnist, Kevin Myers, expressed regret for causing any offense but denied being an anti-Semite.

Myer’s column, entitled “Sorry, ladies – equal pay has to be earned,” followed the disclosure that two-thirds of the BBC’s stars who earn annual salaries of about $200,000 or more, are male. The column—now removed—focused on two on-air female BBC presenters among the highest-paid, Claudia Winkleman and Vanessa Feltz, both of whom are Jewish.

“Good for them,” he wrote. “Jews are not generally noted for their insistence on selling their talent for the lowest possible price, which is the most useful measure there is of inveterate, lost-with-all-hands stupidity.”

In a public message Chief Rabbi Yitzhak Yosef said that on Tisha “it is imperative to recall that the pilgrimage to the Temple Mount is forbidden by Jewish law. Those Jews who ascend to the Temple Mount desecrate its sanctity,” JTA reports. By the end of visiting hours yesterday some 1,300 Jews visited the site, while tens of thousands also visited the Western Wall.

The mass influx of visitors comes after nearly two weeks of tensions roiled the site over increased security measures, including metal detectors, following an attack on the Temple Mount that left two Israel Police officers and their three Arab-Israeli gunmen dead.

The Palestinian Authority is now using half of its foreign aid to reward terrorism, the New York Post reports. The new PA budget boosts support to terrorists in prison by 13 percent and aid for the families of those killed “in the struggle against Zion” four percent. The total, $344 million, equals 49.6 percent of all foreign aid to the PA. In other words, writes the paper, “cash from Uncle Sam, Europe and even Israel is subsidizing ‘welfare for terrorists.’”

The PA sends a salary to each Palestinian imprisoned for an attack on Israelis, hitting over $3,000 a month after 30 years. “Other stipends go to families of ‘martyrs’ killed in the act. That’s $344 million for 2017 that’s not going to build roads or hospitals.”

Over the course of just a few days last month, the tiny Jewish community in Nicaragua more than doubled when 114 people converted to Judaism. 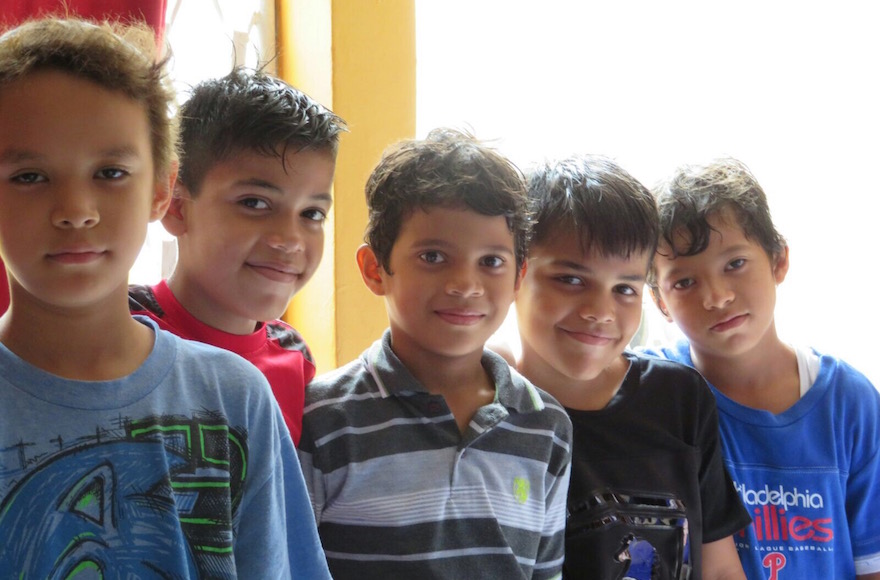 Some young Nicaraguans who converted to Judaism in July with the help of the Kulanu organization, July 20, 2017. JTA

According to JTA, a beit din of three Orthodox rabbis from Israel and the United States supervised the conversion ceremony in a newly built mikvah in Managua, the Central American country’s capital. Male converts underwent circumcisions or symbolic circumcisions if already circumcised. Following the conversions, 22 couples wed according to Jewish tradition in a Managua social hall.

Kulanu, a New York-based nonprofit group that supports communities around the world seeking to learn about Judaism, had facilitated the conversions.

The Israel Space Agency is to launch two satellites into space from the French launch center in Koro, New Guinea, today, ynetnews.com reports. The satellites are OptSat 3000, a spy satellite purchased by the Italian ministry of defense, and the Venus research satellite.
This marks the first time that two Israeli satellites — that aren’t microscopic nano-satellites — are launched simultaneously.