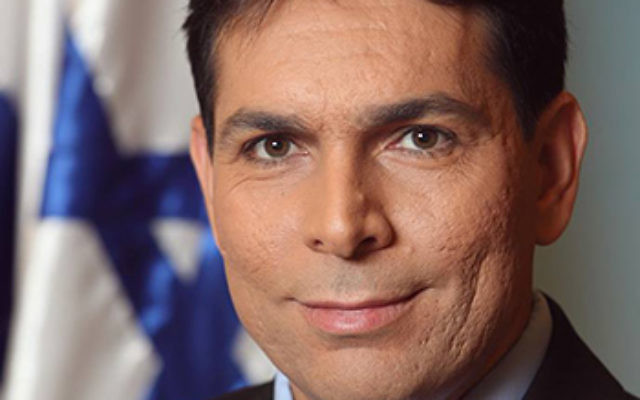 Student activists, international businessmen and global litigators are in agreement.  The movement aimed at boycotting, divesting from and sanctioning Israel is growing.  This is not to say that the BDS movement poses an imminent threat to the Jewish state. It does mean, however, that this latest form of anti-Semitism is an issue that we must deal with.  The question is how.

The BDS movement has not yet succeeded in its goals.  A recent survey of foreign investments showed that $285.12 billion was invested in Israel in 2015, nearly three times as much as was invested in 2005 when BDS was started as a movement.  The BDS activists have also failed in their attempts to damage Israel’s ties with countries around the world.  I spend almost every day at the United Nations meeting with ambassadors seeking ways to strengthen and improve their bilateral relations with Israel.

At the same time, we cannot ignore the potential chilling effect of the BDS phenomenon.  On campuses this means that unaffiliated students, who have yet to form a strong opinion regarding Israel, can be convinced over time that Jerusalem in fact is guilty of the libelous claims made against it.

A similar erosion in Israel’s standing can take place in the business world as well.  Right now investment is strong, but what will happen after another decade of lies about Israel? A company not inherently anti-Israel might think twice about signing a deal with the Jewish state when they can do so with another country, avoiding the protests and reporters outside their offices.

Some have argued that fighting this phenomenon in the public arena only serves to strengthen the very fringe elements we hope to eliminate.  There is no doubt that quiet diplomacy plays a key role in fighting BDS.  When it comes to convincing a corporate board to invest in, or a church group not to divest from, Israel, quiet conversations behind closed doors can be vital in achieving this goal.

But this is not enough.

This past March the UN Human Rights Council voted to create a database of companies and businesses with dealings in Judea, Samaria, the Golan Heights and the eastern neighborhoods of Jerusalem.  The purpose of the list is to encourage a boycott of these companies operating in Israel.  This means that the UN will now be funding a blacklist that will include almost every single Israeli company, and international entity, with a presence of Israel.

This decision must raise a red flag for all of us.  The history of our people has taught us that while at times it may seem politically expedient not to speak out publicly on sensitive issues, all too often this is the only way to call the attention of the world to blatant anti-Semitism.  This is the case today when it comes to BDS.  Yes, we must think strategically in our various responses to this hate movement, but we cannot ever keep silent when the very United Nations founded after World War II is now compiling lists to boycott the Jewish state, or sanction the Jewish people.

As I have visited and lectured at college campuses throughout the U.S., I am struck by how isolated pro-Israel students can be.  This may be hard for many to believe.  After all, there is no lack of Jewish and pro-Israel groups who work with students on campuses across the country.  But once the semester begins, and Apartheid Week and mock checkpoint reenactments begin to fill the academic calendar, the pro-Israel seminars can seem far away.

Here, too, openly supporting these students is vital.  We must provide them with the tools they need to stand up to the bigots and refute their lies.  More importantly, we must empower them.  This is why the recent conference we held in the UN General Assembly Hall was so important.  Those participating understood that they are not alone, but rather millions of people around the word – Jews, Christians, and Muslims – stand strong in their belief that it is unjust, and fundamentally unfair, to single Israel and apply a double-standard in judging our actions in a manner that would never be acceptable on other Western societies.

Like all multifaceted threats, the challenges posed by BDS to Israel and the Jewish people must be met with a multifaceted response.  The good news is that the Israeli government and Jewish organizations around the world are doing so appropriately.  The Israeli government has made the fight against BDS a priority and we are using innovative techniques to put an end to this latest form of anti-Semitism.

Here in the U.S., a valiant effort is being made by Jewish organizations across the board.  They understand that when our enemies seek to harm us, they do not see the artificial divisions of left and right, or the different streams of Judaism.  They see the Jewish people, and that must be our exact mindset when responding to them.

As serious as the challenge of BDS may be, we – the State of Israel and the Jewish people – are ready to take them on.  A new generation of leaders in Israel and around the world understands that a combination of quiet diplomacy and unabashed activism is exactly what is needed to defeat the lies and deceptions of the boycott movement.  By continuing to work together, I have no doubt that we will be victorious.

Danny Danon is Israel’s Ambassador to the United Nations