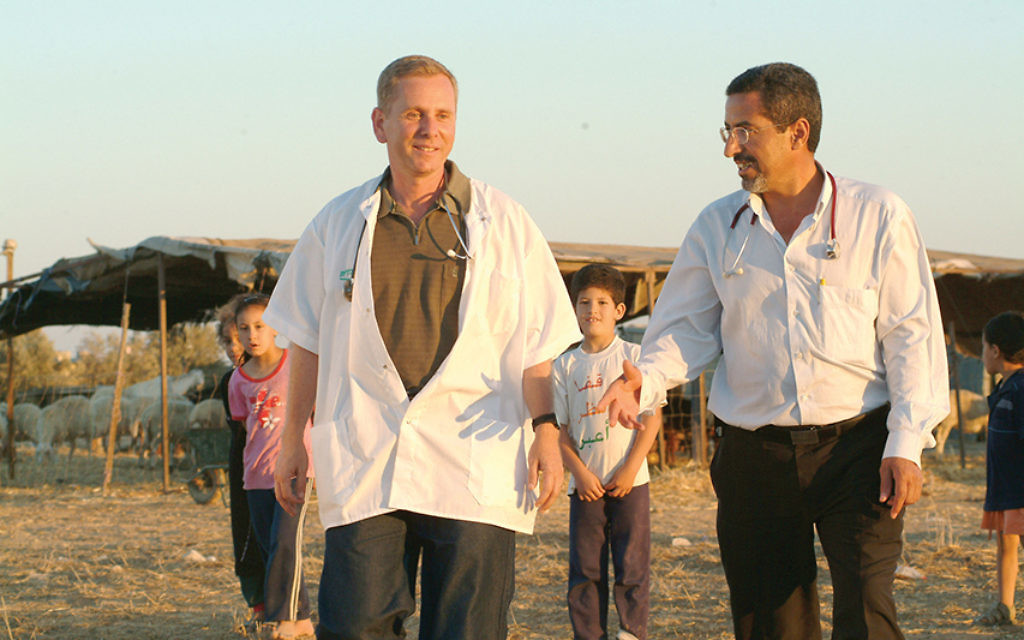 There has been a 30 percent reduction in the infant mortality rate in Israel’s Bedouin community of southern Israel during the past few years, and much of that success is due to the diagnosis and prevention of many genetic diseases that have plagued the community for centuries Much of the research into these diseases, which can cause everything from severe developmental delays and fatal heart malformations to blindness and immune deficiencies, has been taking place in the southern city of Beersheva under the leadership of Dr. Ohad Birk.

Over the course of more than a decade, Birk and his BGU team have identified the gene mutations responsible for about 30 of the most common hereditary diseases among Bedouins and Sephardic Jews. That knowledge, along with funding from the Ministry of Health, provided them with the tools to develop screening tests for many of the diseases.

This has led to a massive government-paid carrier testing program that is provided free to the Bedouin community, the geneticist said in an interview.

Birk said that Israel’s southern Bedouins “have among the highest rates” of genetic disease in the world because 60 percent of their marriages take place between first and second cousins. Roughly 80 percent marry within their respective tribes, which range in size from 1,000 to 20,000 people.

“Quite a few of the cousin marriages are really double-cousin marriages,” he said, referring to instances where the bride and groom’s fathers are brothers and their mothers are sisters.

Within tribes the carrier rates for various recessive diseases (requiring both parents to be carriers) can be as high as 1 in 8 people. That, coupled with the community’s extremely high birthrate and the fact that many men have more than one wife, means that “sometimes, someone in his 50s might have 100 grandchildren,” Birk said. “You see how quickly a single mutation can spread.”

The result is that “these diseases are a severe burden to the families, the community and the health care system.”

As the scientists have deciphered the molecular basis of the diseases, and in many cases developed carrier testing, the counseling unit has reached out to the community to encourage testing.

With the consent of Bedouin community leaders, Arabic-speaking genetic counselors give talks to high school students and women’s groups to explain how diseases are handed down from one generation to the next, and that carrier testing is available to those who want it. Local ob-gyns refer pregnant Bedouin women to a team of 10 Bedouin nurses trained in genetics.

At a certain stage in their lives, “Bedouin women become pregnant nearly every year,” Birk noted, so that even if a woman learns about genetic testing too late to change the course of her current pregnancy if her fetus has a disease, she will been able to make an informed decision prior to subsequent pregnancies.

Many pregnant Bedouin women choose to undergo a chorionic villus sampling (CVS) test that identifies chromosome abnormalities and inherited diseases in fetuses. If the test is positive for a severe disease, some decide to terminate the pregnancy; others do not.

It is possible for physicians to identify embryos with genetic abnormalities through a process called pre-implantation genetic diagnosis (PGD). But few Bedouin couples choose this path “because there is always the fear that someone else’s eggs or sperm might be used,” Birk said.

The decision to undergo a carrier test is a very personal matter.

“It’s clear that those who have siblings or cousins who are very ill are very interested in genetic testing and using our services; those without relatives with diseases are less invested. Of course, once they have a sick child they rush in,” Birk said.

Thanks to these outreach efforts, many more young people are requesting to be tested before marriage.

The geneticist recalled a man and woman who were first cousins who already had two children, their only children, born with a severe disease that causes deterioration beginning in the first few months of life. The couple stopped having children as a result.

Once the disease-causing mutation was discovered the mother became pregnant again, and underwent a CVS test to determine whether her fetus carried any life-threatening diseases.

“They now have a healthy child,” he said.

Noting that Israel’s Bedouins originally migrated from the Persian Gulf, Egypt and Jordan hundreds of years ago, Birk said the discovery of so many disease-causing gene mutations can help others in the Middle East as well.

While geneticists in other countries aren’t breaking down his door for information, he said, “I did participate in a Doha Debate on cousin marriages in 2012. “And as long as our published work is available, they can do testing based on our findings.”

Dr. Khalil Elbedour, a Bedouin pediatrician who heads a clinic in the town of Lakiya and who works closely with Birk, said the discovery of disease-causing genes and the ability to test for them is transforming the Bedouin community.

“Young couples beginning to date come to us to be tested, before marriage, to learn whether they are carriers. Many pregnant women are being tested as well and if a fetus is affected, they have the option to abort during the first 120 days of their pregnancy, according to Islam.

“People see how hard it is to care for a sick child. The younger generation is better educated. They want to make informed decisions,” Elbedour said.