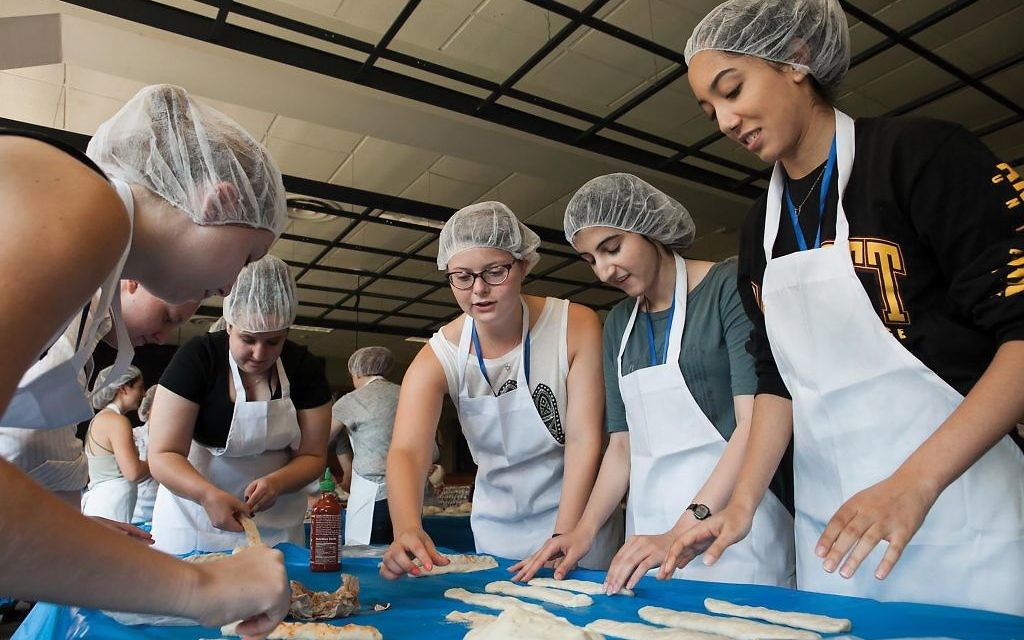 Challah for Hunger, the national nonprofit operated on college campuses dedicated to baking and selling challah for social justice causes, just launched the Campus Hunger Project, a research and advocacy campaign to raise awareness of food insecurity among college students. For the initiative, Challah for Hunger partnered with Mazon, an advocacy group dedicated to combating hunger.

Mazon’s role in the project is to help “analyze, interpret and learn” from the gathered information, and then to “figure out what we can do and advocate for as an organization,” Carly Zimmerman, CEO of Challah for Hunger, told The Jewish Week in a phone interview.

“They brought us the idea, and we spent a couple of months doing research and talking to our students about it,” said Zimmerman. “The more that we learned, the more that we were shocked by the huge problem; it’s a very hidden form of hunger.”

The campaign was announced at the Challah for Hunger Leadership Summit at the end of July. At the event, students were encouraged to become a part of the project. In the first year of the project, 80 student volunteers from college campuses across the country will conduct research to investigate the reality of food security at their respective schools and report their findings.

“Our students are collecting information on what programs and other types of support systems exist on the different campuses,” Loren Shatten, assistant director of Challah for Hunger, said in a phone interview. “Some schools, as you can imagine, have lots of support systems in place like food banks, extra meal programs and scholarships, but there are probably a few schools that can be doing a lot more.”

The project is not searching for purely demographic data, according to Zimmerman. She said the goal is to target “who is addressing the problem” and how. “For the advocacy work that we’re doing, we think it’s really important that the students understand the problem and to do research collaboratively. Before you can make any type of policy, before you can make any recommendations, you need to understand the problem.”

New York college campuses are not immune to the often-hidden problem of food insecurity, and school administrations are starting to provide more resources for students in need. New York University is commencing a food voucher program permitting students to get meal vouchers six times a semester, serving as a temporary solution if they are hungry, according to a New York Times report. Additionally, Columbia University announced a program permitting students to donate up to six unused meals a semester to an emergency meal fund.

Zimmerman points to a number of factors that have compounded the problem of food insecurity for college students in recent years, including the rising cost of college tuition in tandem with a stagnant amount of financial aid packages, despite an increase in demand. “It used to be talked about more as a community college issue, but what has come up in the past three to five years is that no, it’s not just a problem at community colleges, this is happening at the Ivy League schools and at major universities,” she said.

“For a lot of people we talk to, this is the first time they’re hearing about this issue,” Zimmerman said. “We’re going to need to collaborate with a lot of different parties because we want people to learn with us. The hope is that students see the value in doing this work and that they feel ownership of it. We hope they feel part of finding the solution to these problems.”