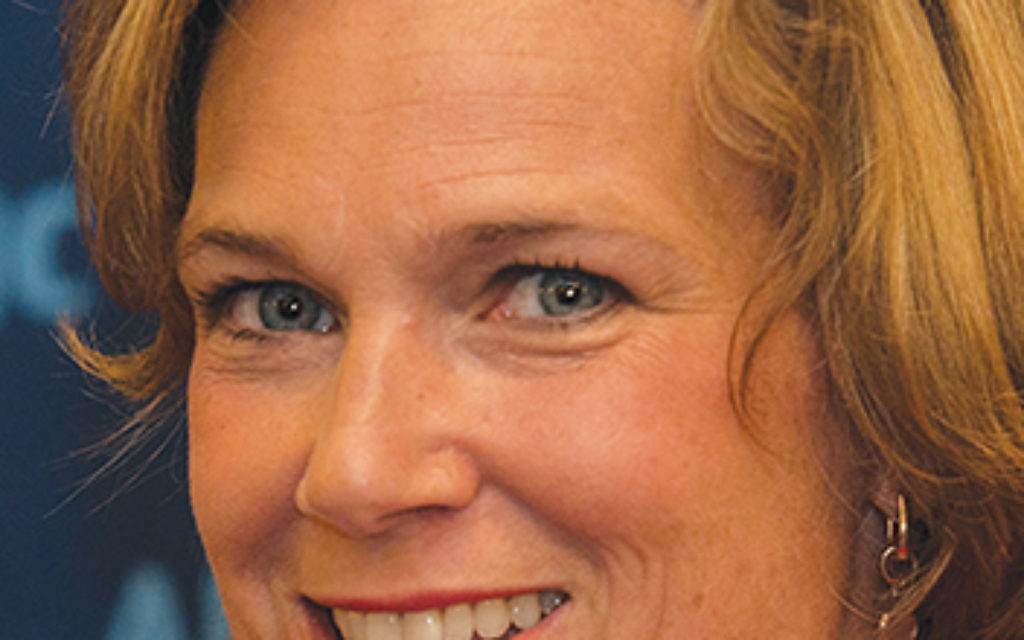 Katharina von-Schnurbein, who was appointed in January 2015 as the European Union’s first coordinator on combating anti-Semitism, is a German national who believes there should be enforcement of the ban on Holocaust denial and adoption of an EU-wide definition of anti-Semitism.

Von-Schnurbein has worked for the EU since 2002 in several roles, including coordinating dialogue between the EU and religious communities. She spoke last week at a High Level Forum on Global Anti-Semitism at the United Nations at which Israel’s U.N. ambassador, Danny Danon, said the hatred of Jews is at the “highest level of our lifetimes.” The Jewish Week caught up with her for a phone interview while she was in New York.

Q: Roger Cukierman, president of the umbrella group of French Jewish organizations, told the U.N. conference that Internet providers should “confront their moral responsibility” and remove anti-Semitic rhetoric from social media. Yet other speakers insisted that major social media companies are doing that. Do you agree?

A: We have concluded a voluntary code of conduct with Internet companies. Last October we contacted Internet companies YouTube, Microsoft, Facebook and Twitter and they agreed to review, and if necessary remove, all illegal hate speech flagged to them within 24 hours. Now we are monitoring the Internet. We needed to address it because illegal hate speech in the real world needs to be illegal on the Internet.

Is the Internet now the primary source of anti-Semitic hatred?

It’s difficult to say. It is clear that the number of [anti-Semitic] incidents on the Internet has exploded in the past few years. But I wouldn’t want to compare someone who is threatened for wearing a kipa in the street to a virtual threat.

What is your duties?

One of my roles is to liaise with Jewish communities across Europe — to be their focal point and to make sure their ideas are reflected in what we are doing in policies and actions. I travel a lot to meet with Jewish groups and Muslim groups to address anti-Semitic feelings in Muslim communities. I want to create coalitions to tackle anti-Semitism.

Cukierman pointed out also that French Jews fear for their safety and that many have left the country. Is personal safety the main concern of Jews throughout Europe?

Yes, according to surveys, and certainly in France it is the main concern. Data from France shows that where security has been stepped up by the state, the number of anti-Semitic incidents has gone down. But that cannot be the future of Jews in Europe — to live behind barbed wire. While security is necessary, I hope that Jews will live without fear.

Hillary Clinton is complaining that Donald Trump is attracting followers of what is known as the alt-right movement, which, among other things, is anti-Semitic. Is there anything comparable in Europe?

There has been a rise in xenophobia with the recent influx of immigrants from Syria and elsewhere, and I wonder if you are seeing an increase in anti-Semitism tied to this?

The data we have shows that there is no link between refugees and anti-Semitic incidents. That does not mean we don’t have to be vigilant and transmit our values and democracy and equality between men and women. From the data we have, anti-Semitic incidents remained rather high in 2015 — independent of the conflict in the Middle East. After the Gaza crisis [in 2014] it remained high in some member states.