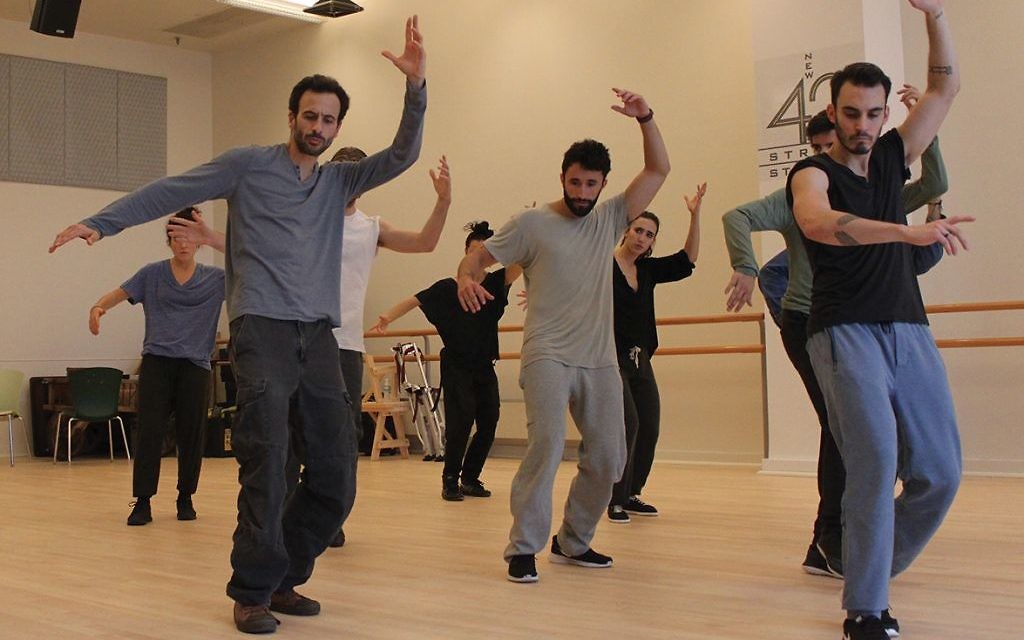 There may be no more rousing and infectious song than “Tradition,” the opening number in “Fiddler on the Roof,” the iconic musical about one man’s quixotic, ultimately doomed battle to keep the winds of political and social change from blowing away his beloved shtetl.

Nevertheless, when the cast of the upcoming fifth Broadway revival of “Fiddler,” directed by the Tony Award-winning Bartlett Sher and starring Danny Burstein as Tevye, takes the stage to sing “Tradition,” it will do so at a time when the very meaning of Jewish tradition is being re-evaluated. Large numbers of American Jews, especially those who were born toward the end of the 20th century, have reported (in recent Pew Research Center surveys, for example) that they feel disconnected from Jewish religion altogether, even as the liberal movements in Judaism are becoming increasingly accepting of intermarriage as a valid lifestyle choice.

Then again, at a time when refugees are flooding out of Syria and immigration is a red-hot topic in our political discourse, “Fiddler,” with its final scene of expulsion, seems startlingly contemporary.

How will the musical resonate for Jewish audiences today?

As the new production began previews last weekend, Burstein (a five-time Tony nominee for his performances as the enterprising Luther Billis in “South Pacific,” “Follies” and other shows) took a moment to reflect about his own Jewish roots, as he told The Jewish Week in an email. Raised by a Jewish stepfather, Burstein was also the biological son of Jewish parents; he learned recently that his mother’s relatives were Sephardic Jews who emigrated from Spain to Costa Rica. His stepfather, he said, instilled in him “strong moral values — to work hard and to always give back. If that’s not Jewish, I don’t know what is.”

While Teyve may be perceived as conservative, if not reactionary, in his attitude toward his daughters decisions to be guided by their own hearts rather than their parents’ agenda, Burstein views his character as “actually quite progressive for his time. He respects his wife and daughter and is a person that people in his community look up to.”

Burstein sees the musical as having profound 21st-century relevance. “What happens in ‘Fiddler’ isn’t stuff of the past,” he noted. “It’s happening today. People are being forced from their homes, people are being persecuted because of their religions, children are breaking away from their parents and breaking traditions.”

While Sher (who also directs the current revival of “The King and I”) was unavailable for an interview, he can be seen in a YouTube video speaking to the cast. He discusses the refugee crisis in Europe and how “our exploration of the piece is … trying to find ways in which ‘Fiddler’ feels profound and important to do today, in a world that is exploding in all kinds of directions, with people on the move, being driven out of their homes by civil war and oppression.”

After the rehearsal, Sher talks in the video about how he feels “personally close” to the material because of his own Jewish background; he was raised Catholic but discovered as a teenager that his father, who was born in Lithuania, was a Jew.

Alisa Solomon, author of the 2013 “Wonder of Wonders: A Cultural History of ‘Fiddler on the Roof’” (Metropolitan Books), told The Jewish Week that the show “captures the wrenching, inevitable nature of change.” Every production of the musical, she pointed out, takes place at its own historical moment, but “right now is particularly apt. I can’t look at the images of Syrian refugees with their bundles and babushkas without thinking of the final moment of ‘Fiddler,’ a moment that is so imprinted in our collective consciousness.”

When “Fiddler” debuted in 1964, Solomon noted, American Jewish periodicals like Commentary were “anxious about a lot of the same things that Jews are anxious about today” — issues of intermarriage, Jewish continuity, and the like. Solomon, who teaches journalism at Columbia University, cited the current example of the Conservative movement’s debating its stance on intermarriage and trying to “define itself for a younger generation in a way that both honors tradition and is contemporary.”

The overarching question for 21st-century American Jews is, Solomon said, the same as it was for Tevye and his kin: Jewish customs may seem almost infinitely flexible, capable of all kinds of creative reinterpretations. “But when,” Solomon asked, echoing many other current observers of the American Jewish scene, “do you bend so far that you break?”

Rabbi Ed Feinstein’s latest book, “The Chutzpah Imperative: Empowering Today’s Jews for a Life That Matters” (Jewish Lights), centers on “Fiddler” as paradigmatic of both the blessings and curses of modernity.

As Rabbi Feinstein, spiritual leader of Valley Beth Shalom, a flagship Conservative congregation in Encino, Calif., told The Jewish Week in an interview, “We’re living multicultural lives, but there’s a loss of the sacred in our culture. Tevye’s relationship to God is charming, but it’s what we’re all in quest of, which is someone or something to believe in.”

Or, as he put it in his book, “Fiddler” is nothing less than “the story of our origins as modern Jews and the birth of the complicated identities we inhabit.”