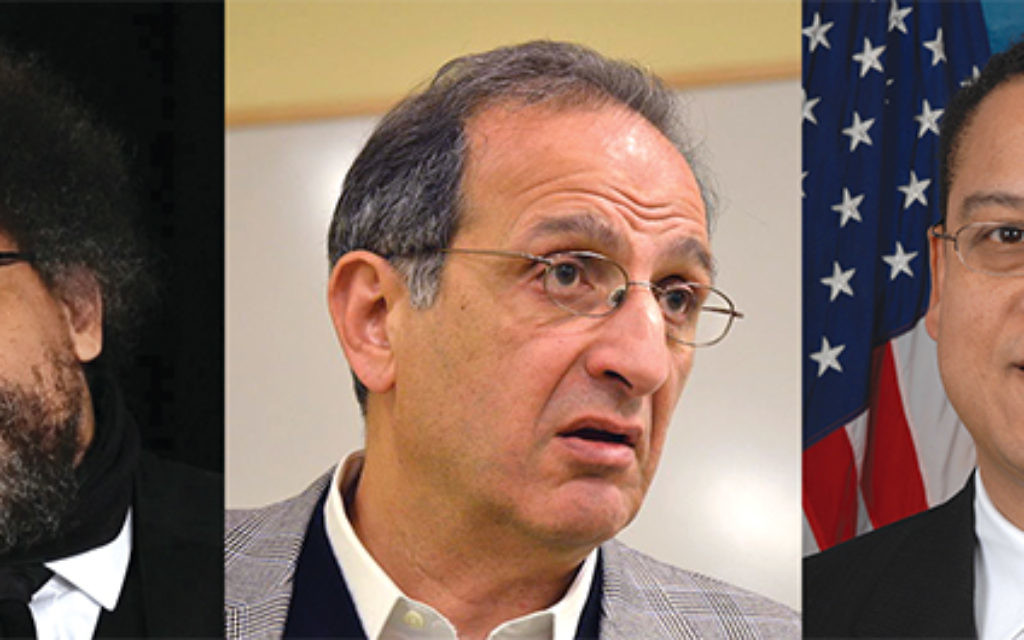 When Vermont Sen. Bernie Sanders intoned — in his hometown of Brooklyn, of all places — that Israel used what he termed “disproportionate” force in trying to quell Hamas fighters in Gaza in the summer of 2014, he touched a political third rail for many Jews.

The question he raised by his comments at the Democratic presidential debate at the Barclays Center last month in the run-up to the New York primary hardly gets an airing in the political arena, let alone at the highest levels of presidential politics: Could you be pro-Israel yet still criticize the actions of the Israeli government, especially when Hamas’ rockets were being lobbed into major Israeli population centers?

It was a charged question that was bound to reverberate beyond the primary, which Sanders lost badly to Hillary Clinton. In fact, Sanders supporter Rabbi Sara Luria, who spoke at a social justice panel organized by the Sanders campaign just after the debate, noted that the discussion would continue. “Whether [Sanders] wins New York or not,” she told The Jewish Week, “he is amplifying the voices of people who have not had their voices amplified,” referring to those of progressive Jews.

Come July, at the Democratic National Convention in Philadelphia, the very debate Sanders touched off will likely continue as the party platform is hammered out over Israel.

He pretty much guaranteed a fight when his five choices to be part of the platform committee were revealed by the Democratic National Committee this week, following a Washington Post report saying the Independent senator wants the platform to elevate the issue of Palestinian rights.

Three of the Sanders backers on the committee — Cornel West, a philosopher and social activist; James Zogby, the president of the Arab American Institute, and Rep. Keith Ellison (D-Minn.), the first Muslim elected to Congress — are known in part for their criticisms of Israel.

West is a prominent BDS backer and Zogby has spoken forcefully against attempts to marginalize the movement. Ellison has called for greater consideration of Palestinian rights, but also has close ties to his home state’s Jewish community and says Israel’s security must be taken into account.

The standout appointment is West, a fiery speaker who has called the Gaza Strip “the ’hood on steroids” and, in 2014, wrote that the crimes of Hamas “pale in the face of the U.S.-supported Israeli slaughters of innocent civilians.”

The appointments made by DNC Chairwoman Debbie Wasserman Schultz (D-Fla.) and Clinton, who, at the Brooklyn debate, countered Sanders with a full-throated defense of Israel’s actions during the Gaza war, were those with a more traditionally pro-Israel bent.

Among the six Clinton backers is Wendy Sherman, the former deputy secretary of state who was a lead negotiator in the Iran nuclear talks. Sherman, who has spoken lovingly of her involvement in Jewish life in suburban Maryland, was wounded by the tough criticisms of the deal from Israel’s government and centrist pro-Israel organizations.

Wasserman Schultz’s picks include Rep. Elijah Cummings (D-Md.), who will be the committee’s chairman. Cummings is close to his state’s Jewish community.

Another of her picks is Rep. Howard Berman (D-Calif.), who is also close to the pro-Israel community. Berman shepherded through far-reaching Iran sanctions in 2010 when he was chairman of the U.S. House of Representatives Foreign Affairs Committee.

And so, let the platform debate over Israel — a rare political moment, indeed — begin.