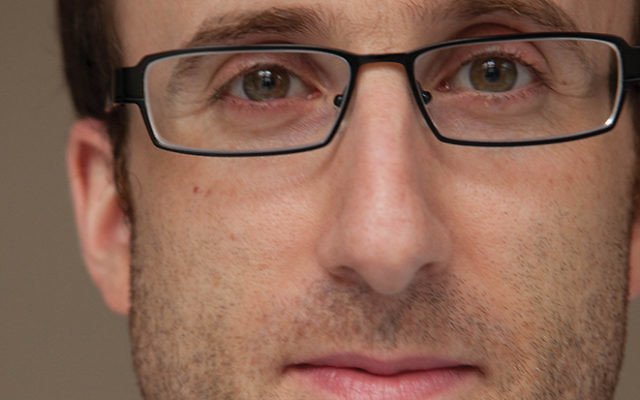 My toddler is afraid of lawnmowers. Every Monday morning, when our apartment complex’s groundskeepers cut the grass, he cries.

One day, he won’t be afraid of lawnmowers. What we’re afraid of changes as we grow up.

Fear matures. It happens in the Torah, too. When we’re a nation of slaves, we have Pharaoh to fear. But God destroys Pharaoh and his armies right before our eyes. And that’s a lesson in who you should and shouldn’t be afraid of.

Before entering the Land of Israel, Moses reminds the people of this point: “Remember what God… did to Pharaoh and all the Egyptians: the wondrous acts that you saw with your own eyes, the signs and the portents, the mighty hand, and the outstretched arm… So will Hashem your God do to all the peoples you fear today” [Deuteronomy 7:18-19].

People, it turns out, aren’t worth being afraid of because God’s in charge.

So whom should you fear? An obvious answer might, of course, be God. Moses again: “Remember that Hashem, your God, disciplines you, as a man disciplines his son” [Deut. 8:5].

I say the answer might be God, because there might be someone we should fear even more.

When Moses is up on Mount Sinai, the people below make the Golden Calf. It’s quite possibly the worst sin in the Five Books of Torah; our first national shame. It’s also a national emergency: God comes within a hair of wiping the slate clean and starting with a new people. At that moment, Moses later recalls, he was terrified of God’s wrath.

Who are we afraid of in the aftermath of the Golden Calf? As Moses himself says, we’re afraid — terrified — of God.

Who is the source of the danger? We are.

The story of the desert starts with a group of slaves that come through the sea, emerge from the waters, unable to fend for themselves. It ends with a people taking the reins from their elders to enter a new land. It’s the story of a people growing from infants to adults.

In that story, fear grows up. It starts as a helpless reaction to a world we can’t control. We’re fresh from our memories of Pharaoh, the unexpected terror coming to ruin our lives. But then we learn that God is nearby. We’re like a baby who finds out that a parent is always there. So there’s nothing to fear. Because the parent—God—is ready to help.

Except that sometimes parents punish their children. Sometimes the source of love can also be frightening. Sometimes God disciplines you, as a father disciplines his son. Which complicates things.

But here’s the thing. A punishment—discipline—is different from a sudden terror. It’s a mirror put up to our own wrong. We’ve made ourselves ugly; then we see, through someone else’s reaction, what that ugliness looks like. And if we understand this, then fear starts looking a lot less like fear. It becomes a lot more like regret.

And with that understanding, fear starts to change from an infant terror to a spiritual compass. Fear grows up.

If you scratch the surface, that’s the lesson behind the fears that the people come through in the desert. It’s the possibility of this adult fear, this responsible fear, that Moses offers us in his retelling of the story of the Golden Calf. It’s a challenge to take our most primal, childish feeling—and use it to become moral adults.

I’m a lot older than my son. I’m not afraid of lawnmowers. But I am afraid of plenty of things. Some of those things are objectively frightening. Other fears are nonsensical. That’s OK, it makes me human.

But the question Moses’ speech leaves for me—and for all of us—is this: Can you make your fear grow up? Can you use is to guide you? Can you make it moral?

Can you make it a gift?

When you can do that, your fear has finally reached adulthood. And so have you.

Abe Mezrich  is the author of “The House at the Center of the World” (Ben Yehuda Press), a book of meditations on biblical ideas of sacred space.