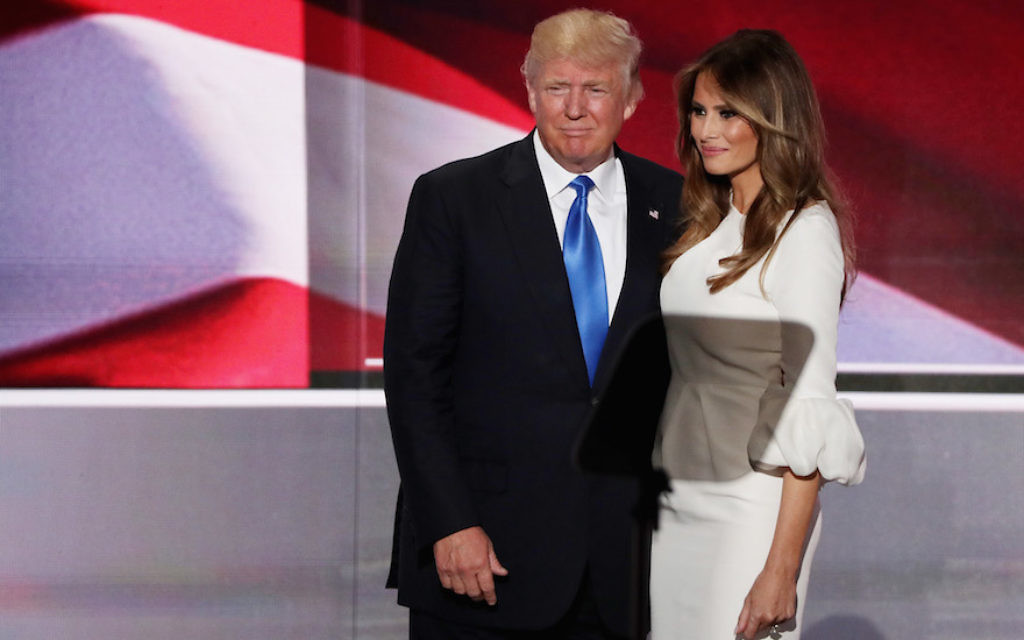 Cleveland — It was the biggest surprise of the convention so far: The calmest and shortest speech came from Donald Trump.

Just days after he took nearly a half hour of meandering tangents to introduce his running mate, Indiana Gov. Mike Pence, Trump kept his words to an uncharacteristic minimum Monday when introducing his wife, Melania, in Cleveland.

“We’re gonna win so big,” he said. “Ladies and gentlemen, it is my great honor to present the next first lady of the United States, my wife, an amazing mother and incredible woman, Melania Trump.”

That was it. Calvin Coolidge gave speeches longer than that.

It was also a stark change in tone from the rest of the night, which was filled with anger, attacks and invective toward Hillary Clinton, the presumptive Democratic nominee, and President Barack Obama. Speaker after speaker either called for Clinton to go to prison, said she had the blood of the Benghazi victims on her hands or predicted that her presidency would put the country’s survival at risk.

Pat Smith, whose son Sean died in the 2012 Benghazi attacks, said “Hillary for prison. She deserves to be in stripes.” Darryl Glen, who’s running for Senate in Colorado, said Clinton “deserves to be in an orange jumpsuit.” Mary Ann Mendoza, whose son was killed by an undocumented immigrant, said “a vote for Hillary is putting all of our children’s lives at risk.”

Remember when John McCain told a crowd in 2008 that Obama “is a decent person, and a person that you do not have to be scared [of] as president of the United States?” Don’t expect that now.

In fact, fear coursed throughout the night. Some of the speakers portrayed a nation on the brink of collapse.

Monday morning, Trump senior adviser Paul Manafort told reporters the day’s program would focus on introducing Trump as the “father, businessman, compassionate human being he is when the spotlights aren’t on and when he wasn’t running for president.”

For most of the night, though, the focus was on bashing Hillary. Only when former New York Mayor Rudy Giuliani got up to speak did a trickle of Trump anecdotes begin to flow, and even then they were vague.

Melania struck a softer note, promising that Trump would care for every American, regardless of race or religion, and praising him as a husband, father and person. (Although she may have cribbed part of the speech from the strikingly similar speech Michelle Obama gave in introducing her husband eight years earlier.)

But when she was touting his candidacy, Melania Trump made up for Donald’s surprisingly subdued demeanor with a little Trump-style boasting of her own.

“He can do this better than anyone else can,” she said, smiling. “And it won’t even be close.”