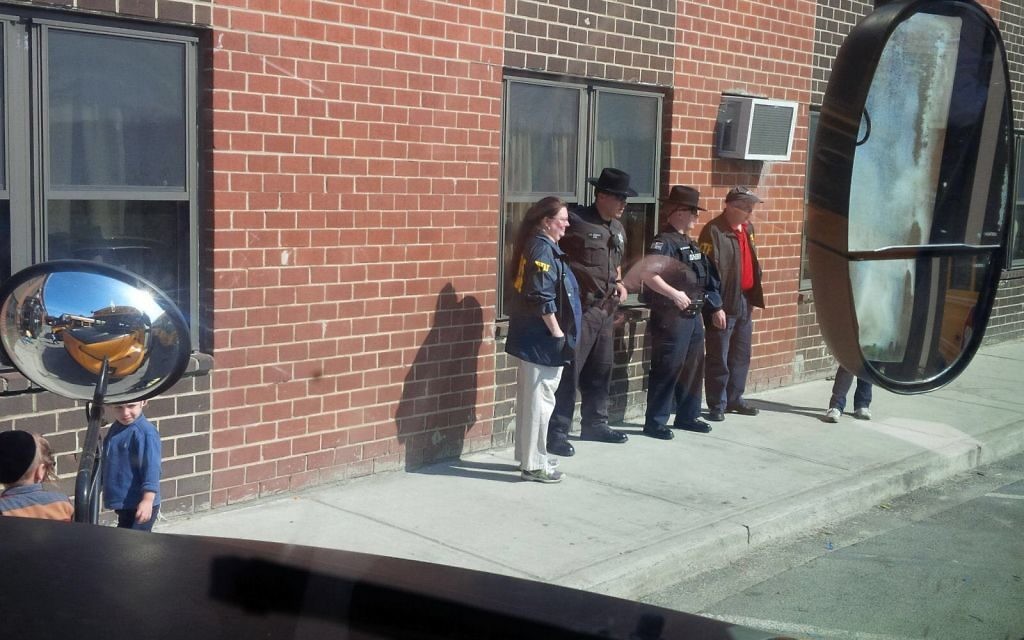 Dozens of FBI agents and officers of other law enforcement agencies conducted searches Thursday morning at a public safety building and the prominent United Talmudic Academy in Kiryas Joel, the chasidic village in upstate Orange County.

A source close to the situation told The Jewish Week that the raid is "clearly related" to a video that surfaced last week allegedly showing the principal of UTA kissing a young student. The 11-minute video was widely circulated on WhatsApp and Facebook. According to the Journal News, the uncut version shows a boy standing between a man's legs as he strokes the boys face and kisses him. State police confirmed that they had the video and were looking into the incident, but Orange County Chief Assistant District Attorney Christopher Borek would not confirm an investigation.

According to the source, who wished to remain anonymous, the only other explanation for the searches "would be that they're investigating corruption allegations, such as influence on the Orange County DA." The source continued, "I heard that they requested the school's policies on reporting and documenting complaints of abuse. It seems they're trying to figure out the role Public Safety plays in such investigations."

According to the West Nyack-based Hudson Valley News 12 television station and the yeshivaworld.com website, the officials have executed search warrants at the public safety building and the United Talmudic Academy of the village, home to more than 20,000 members of the Satmar Chasidic group.

A spokesman for the FBI declined to comment about the raids to The Jewish Week, other to confirm that two took place. The FBI spokesperson noted that today's operations were "searches" rather than "raids," which are usually larger and more complex. Other agencies that participated in the joint action, including the Orange County Sheriff’s Office and the Sullivan County District Attorney, also did not release details to other media outlets.