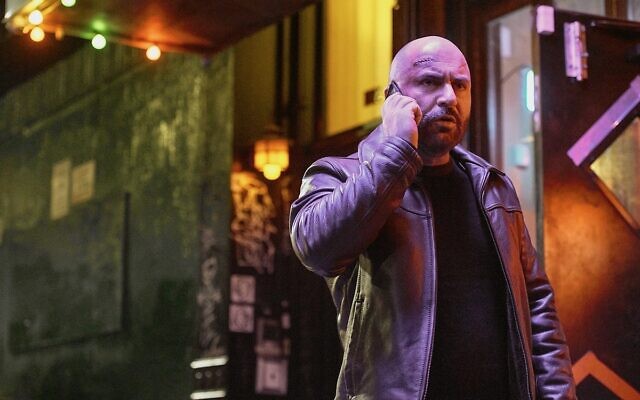 Shabbat shalom, New York. Every Friday, The Jewish Week emails a digest of the week’s best stories, which you can print out for offline reading. Sign up for “The Jewish Week/end” here. Get today’s edition here.

Here’s how NYC synagogues are adapting as the High Holidays approach:

A new show from the creators of “Fauda,” starting today on Netflix, takes place in Tel Aviv and New York City.

A new documentary about how a college student relates to the Israeli-Palestinian conflict opens at New York’s Museum of the Moving Image today.

President Biden picked Chanan Weissman as White House liaison to the Jewish community — a role the Baltimore native held in the last months of the Obama presidency.

A call to “defund” Hillel at Rutgers University never happened, JTA reports: Jewish leaders appeared too eager to believe the worst about pro-Palestinian activists at the embattled campus.

Ruth Pearl, who dedicated the latter part of her life to preserving the legacy of her son Daniel, a journalist who was murdered in Pakistan, died at 85.

Our colleagues at The Nosher recall the very New York history of Gold’s Horseradish.

“Jackie Mason owed the rise, fall and rise of his career to his audience’s perceptions of his Jewishness,” writes Andrew Silow-Carroll. When theater-goers at last embraced him, it was because he reminded them of a Jewish ethnic identity that was fast disappearing.

A misinformation industry has spread mistrust of leaders, institutions and media. This week’s Torah portion suggests the need for critical thinking to distinguish between reliable messengers and false prophets, writes Rabbi Ben Goldberg.

International Ladino singer/songwriter Sarah Aroeste, joined on piano by longtime Israeli collaborator Shai Bachar, draws upon her family roots from Macedonia and Greece as she performs traditional and original Ladino songs. Attend this concert, presented by the Museum and the Center for Traditional Music and Dance, in person or watch the livestream from home. Learn more and register here. Sunday, 3:00 pm.

JCRC-NY presents Jewish Heritage Night with the Brooklyn Cyclones vs. the Hudson Valley Renegades. $16 admissions package includes a limited edition Jewish heritage cap, a Brooklyn Cyclones cap and a $5 donation back to the JCRC. Get tickets for the game at Coney Island’s Maimonides Park here. Sunday, 4:00 pm.