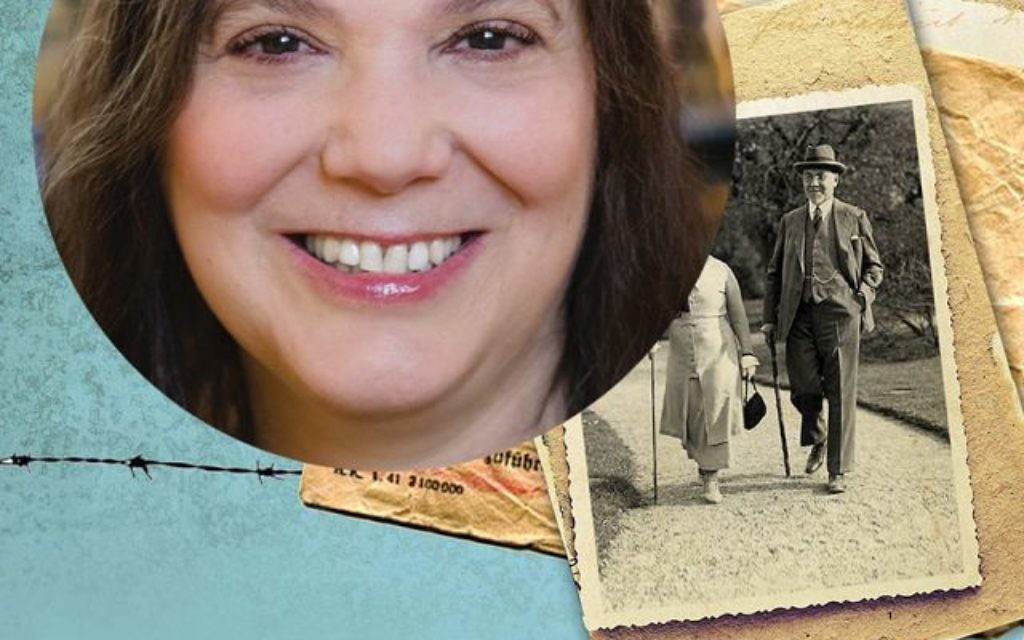 “A Guest at the Shooter’s Banquet: My Grandfather’s SS Past, My Jewish Family, A Search for the Truth,” by Ruth Gabis (Bloomsbury)

“Between Gods: A Memoir” , (Harper), by Alison Pick

In the shadows following World War II, many hid their family stories, layering truth between lies and subterfuge, some going undercover and others hiding in plain sight. Four new memoirs are unusual detective stories, breaking down walls of silence built over these 70 years. Each author wrestles with her own questions of identity and faith as she retraces her family journey, ruptured by the Nazis.

Heidi B. Neumark is a Lutheran pastor in New York City, and for the past 32 years has worked with congregations in the South Bronx and the Upper West Side of Manhattan. Two years ago, she learned that her Lutheran ancestry had not been passed down from generation to generation as she had assumed: Her paternal grandfather was a Jew murdered in Theresienstadt, and her grandmother was a Jewish survivor of Theresienstadt. She tells the story of her discovery and its repercussions in “Hidden Inheritance: Family Secrets, Memory, and Faith” (Abingdon).

Her late father Hans Neumark, a chemical engineer who immigrated alone to the U.S. in 1938, never said a word about his parents’ background. It was through a straightforward Internet search that Heidi Neumark’s daughter found the ship registry with the word “Hebrew” next to Hans Neumark’s name. At the time of this revelation, both Hans and his wife had passed away. The author can only guess at his reasons for staying silent.

In fact, Heidi Neumark grew up wondering if her German grandparents were Nazi collaborators; she figured that if they had been among the Righteous Christians who helped save Jews, that her father would have spoken of their bravery. Through subsequent research and travel to Germany, she found out that her Jewish family can be traced back to the 17th century, with prominent rabbis among her ancestors, including the scholar Rabbi Jacob Emden.

“Continuity and discontinuity collide with each step” she writes, as she describes walking through Wittmund, the small German town where her grandfather was born, aware that this is the first time in more than a century that a Neumark is walking along streets that “once bustled with Neumarks” — and that she is returning as a Lutheran pastor. There have not been any Jews living in the town since 1938.

“Why is it so compelling to find connections between previous generations and ourselves?” she writes. “I think it may be because it makes our own lives feel less random, part of a larger design and pattern.”

Throughout the book, Neumark, who has long been involved in promoting interfaith understanding and social justice, makes connections — not equations — between her family’s experience and the people she serves, like a young Mexican boy who cries for his recently deported mother, and the transgender and gay youth who live in the shelter in her church, some beaten by their parents, no longer able to go home. With seeming comfort, she embraces her newly acquired Jewish identity, still holding on to her Lutheran faith. In another twist, in the course of writing the book, she has become the proud mother-in-law of her daughter’s Jewish wife, and says she is hoping for Jewish grandchildren!

Even more shocking is award-winning poet Rita Gabis’ discovery, chronicled in her history and family memoir, “A Guest at the Shooter’s Banquet: My Grandfather’s SS Past, My Jewish Family, A Search for the Truth” (Bloomsbury). She grew up going to Mass with her mother’s Lithuanian Catholic family, celebrating Jewish holidays with her father’s Eastern European Jewish side, and, if asked, she would describe herself as Jewish. Close to both sets of grandparents, she understood that her mother’s father fought the Russians during the war but learned a few years ago that he had been the chief of security police under the Gestapo in a Lithuanian town, near the site of two mass murders.

The question of what her grandfather did during the war haunts her, and she sets out to document his past, traveling around the world to interview eyewitnesses, survivors, members of the Resistance, experts and members of her Lithuanian family. Impressively researched and written with a poet’s eye for detail, this is a courageous work.

Alison Pick, an award-winning novelist and poet, grew up in a close-knit family whose members were regulars at their Anglican church. As she describes in “Between Gods: A Memoir” (Harper), her paternal grandparents fled from the Czech Republic at the beginning of World War II. When the elder Picks learned that other family members who were reluctant to leave were murdered in Auschwitz, they began concealing their Jewishness and took up the appearance of Christianity. It was only as an adult that the author’s father learned of his parents’ Jewish identity, when he was visiting a cemetery in Prague; it took him years to ask them about it.

Pick stumbled upon the story as a child one Christmas when she overheard a conversation between her aunts, and then picked up on other clues that “something wasn’t right in our family. Something was lurking, biding its time.”

As an adult, she becomes increasingly drawn to Judaism, and although she knows little about it, finds it to be familiar — she had been keeping her own form of Shabbat observance without knowing it had a name. She writes, “I always assumed that I could reclaim my family’s Judaism when I wanted, like a lost suitcase at an airport security desk,” but learns that she will have to formally convert, which is complicated by the fact that her supportive fiancé is not Jewish.

Pick suffers from depression and it seems to run in her family, through her father’s side, as if it is their “bad blood” and perhaps the result of covering up, of unexpressed grief. In this artful memoir, she writes with candor of finding her way to Judaism, reclaiming her history and discovering meaning as well as joy.

Miranda Richmond Mouillot grew up in Asheville, N.C., in a home where she learned to keep her shoes at the front door, so that she could grab them if she needed to make a quick escape. Her grandmother always carried a woolen bandage, cough drops and candles in her purse.

In “A Fifty Year Silence: Love, War and a Ruined House in France” (Crown), Mouillot sets out to learn about her grandparents’ wartime experience, specifically about what happened between them that caused a rift that was never healed. Her grandparents Anna and Armand were French Jews who survived the War by escaping Nazi-occupied France for refugee camps in Switzerland. Armand went on to become an interpreter at the Nuremberg Trials, and in 1948 they bought a stone house in a small village in the South of France and set about rebuilding their lives. But in 1953 Anna, a physician, took her children and left her husband. Other than a brief encounter, the two never saw each other again. Nor did either remarry or reveal what split them apart.

The author was very close to her grandmother Anna, a psychiatrist in New York who had a second home in Asheville. She got to know her grandfather — who would visit Asheville, but only when Anna wasn’t around — when she spent a year in a Swiss boarding school. To try to crack the family mystery of what drove them apart, Mouillot moved to the crumbling stone house in France and spent ten years there. Through writing this intriguing and unusual memoir, she comes to understand their differing attitudes to War, and also about what Armand heard, experienced and carried away from the Nuremberg Trials.

Like the other authors, Mouillot provides a collage of history, memory and secrets, searching for complicated truths.